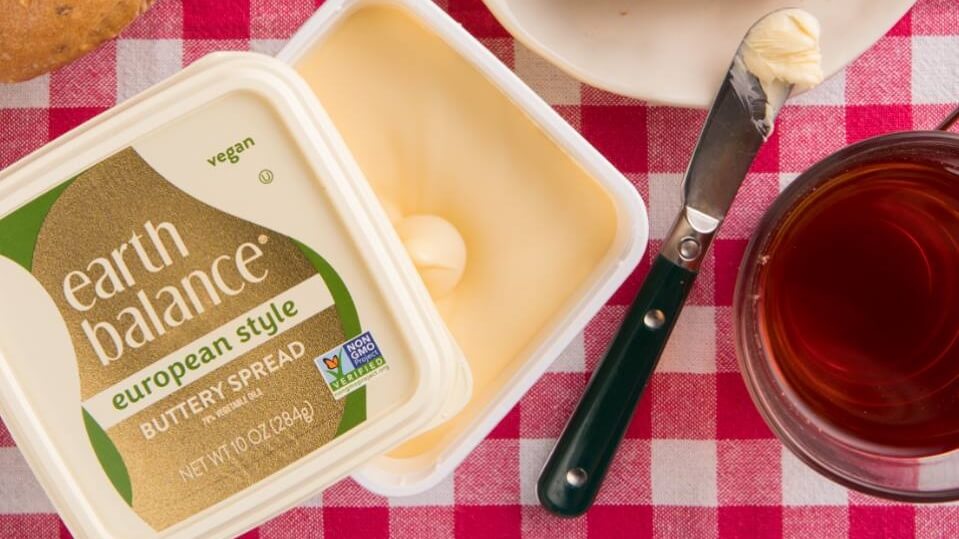 According to Earth Balance in a Facebook post, its Europan Style Buttery spread has a richer, creamier, and more indulgent flavor and mouthfeel compared to its buttery sticks and spreads. The company recommends using its nondairy buttery spread to create indulgent dairy-free cream sauces, baking plant-based pastries, or enjoying it spread on a slice of artisanal bread.

what is European style butter?

In recent years, European style butter has seen an increased presence in American grocery stores. According to The Kitchn, the primary differences between American butter and European style butter is how its made. European butter is typically churned longer in order to achieve a creamier texture and is then allowed to ferment, resulting in a tangy, light sour taste. In contemporary practice, some brands add the cultures rather than allowing the butter to ferment.

While Earth Balance has been making vegan butter since 1998, plant-based European style butter is a newer innovation. California-based brand artisanal brand Miyoko’s Kitchen makes its organic European Style Cultured Vegan Butter from non-GMO coconut oil, sunflower oil, cashews, a hint of sea salt, and cultures. Like Earth Balance, it can be used to replace conventional dairy butter in cooking and baking, but it is also recommended that one appreciate the flavor spread thinly on crusty bread or on crackers. Fora Foods, a new vegan butter brand that creates its “FabaButter” with aquafaba – the brine from a can of chickpeas – has been praised by renowned chef and cookbook author Terry Hope Romero for its performance in traditional pastries like croissants.