More than 40 percent of Americans are willing to reduce their meat intake, adopting flexitarian or fully vegan diets. A recent study found nearly 59 percent of Americans eat a plant-based meal at least once daily. Meat-free meals aren’t just better for your body, though – they’re better for the planet, too. For example, 20 servings of vegetables produce fewer greenhouse gas emissions than one serving of beef. 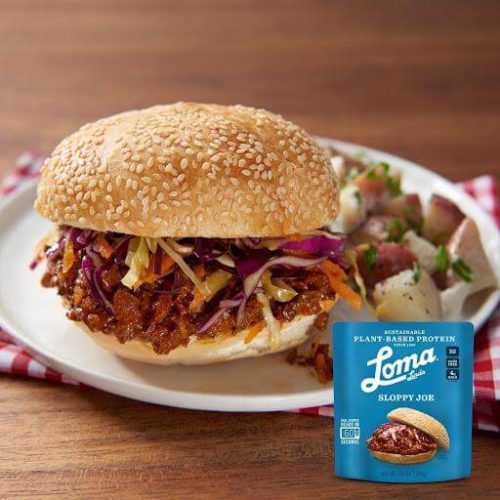 From Sloppy Joes to Bolognese, Loma Linda covers a wide range of flavors.

Good for You and Good for the Planet

A growing body of medical evidence also shows that a plant-based diet can help prevent a
number of health issues, ranging from a lower risk for heart disease, type-2 diabetes, and
certain forms of cancer.

“We are democratizing plant-based eating by making it easier and more affordable than ever before,” says Laura Lapp, innovation brand manager for Loma Linda’s parent company Atlantic Natural Foods (ANF). “Today’s shoppers are not only well-aware of the benefits of plant-based proteins but also embracing them as part of a healthy lifestyle.”

Studies are increasingly revealing the truth behind animal agriculture’s devastating impact on the planet. According to the United Nation’s Intergovernmental Panel on Climate Change
(IPCC) report, a sustainable diet centered around plant-based food can significantly reduce
global greenhouse gas emissions and feed the growing population.

“Consumers are also increasingly demanding plant-based foods because it’s better for the
planet,” Lapp adds. “At ANF, we’re addressing these consumers demands by creating products that will make a difference for future generations.”

Loma Linda Meal Solutions and Meal Starters come ready-made in pouches and can be prepared in just 60 seconds. With the Meal Starters—Taco filling, Chorizo and Sloppy Joe—
making a full meal is as easy as pairing it with pantry staples like pasta, rice, bread, or
tortillas. Loma Linda’s foods are also a good source of plant-based protein. The Taco filling has 6 grams of vegan protein per serving, while the Hearty Stew packs a whopping 18 grams.

All meals are gluten-free and also free from cholesterol, trans fats, GMO ingredients, artificial colors and flavors. Loma Linda foods are a true pantry staple that families can conveniently incorporate into their weekly menus for those busy days. Plant-based food has a reputation for being expensive, but Loma Linda proves that’s not the case. At $3 a pouch, they’re an affordable and easy meal solution

For those looking for plant-based seafood options, another affordable option is TUNO, a fishless canned seafood alternative. Made with non-GMO plant-based protein ingredients, this protein-rich, gluten-free food features the light, flaky texture of seafood and is packed with omega-3s, but is completely fish-free.

TUNO, along with Loma Linda’s plant-based Meal Starters are available in natural food stores and major retailers at more than 11,000 locations across the globe, such as Walmart, Wegmans, Costco, Meijer, Jewel, and Safeway in the US, Morrisons in the UK and Cole’s in Australia, and can also be found on Amazon and other online retailers.