There’s something fulfilling about going back to basics, like saving vegetable scraps in the freezer to make stock or pickling vegetables from your own garden. Bread, however, can sometimes be a little intimidating. You need to be mindful of rest times, room temperatures, and overworking the gluten during the kneading phase, lest you be left with tough bread.  Enter these easy and delicious vegan bread recipes.

The good news is, most bread is vegan. The same goes for most bread recipes. So, you can bake sourdough boules, sandwich loaves, and baguettes to your heart’s content. Some bread recipes, like Hokkaido milk bread, brioche, and naan are made with dairy or eggs.

But, the beauty of vegan baking is that where there’s a will, there’s a way. And thankfully, plenty of skilled bakers have developed plant-based versions of the aforementioned. In bread recipes, eggs help the dough rise, lighten the texture, and improve the crumb. Eggs also contain lecithin, an emulsifier, which improves consistency. But, eggs are easily replaced by aquafaba—the liquid from a can of chickpeas. Many vegan bakers also recommend using soy milk over other types of plant-based milk due to its protein and lecithin content, so you’re more likely to bake a successful loaf. 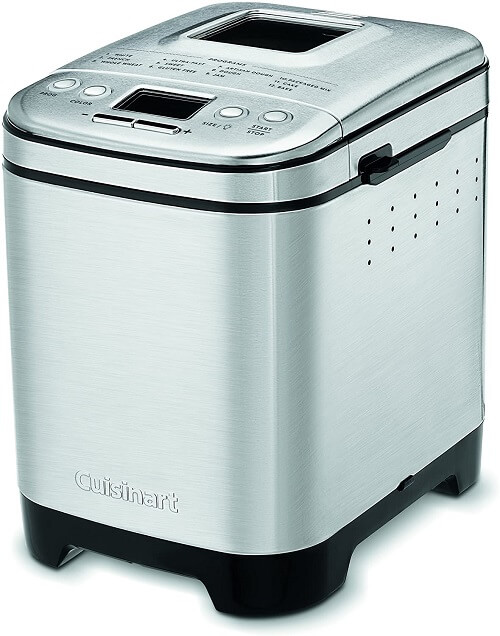 A bread maker can make things easier, but it’s not necessary.

Do You Need a Bread Maker to Make Bread?

Bread maker machines are convenient. Traditional breadmaking is a five-step process: mixing, kneading, rising, proving, and baking. But, a bread maker can take care of all those steps for you—and you can program it based on what type of bread you’re making. The process still takes hours because you need to let the yeast do its job, but it’s considerably easier. However, a bread maker isn’t necessary to bake stellar homemade loaves. You can do it the traditional way, too.

Nothing beats freshly-baked bread straight out of the oven. Here are nine vegan bread recipes to try out. And keep in mind—baking is like a science. If your first loaf doesn’t turn out perfect, give it another try. Good luck! 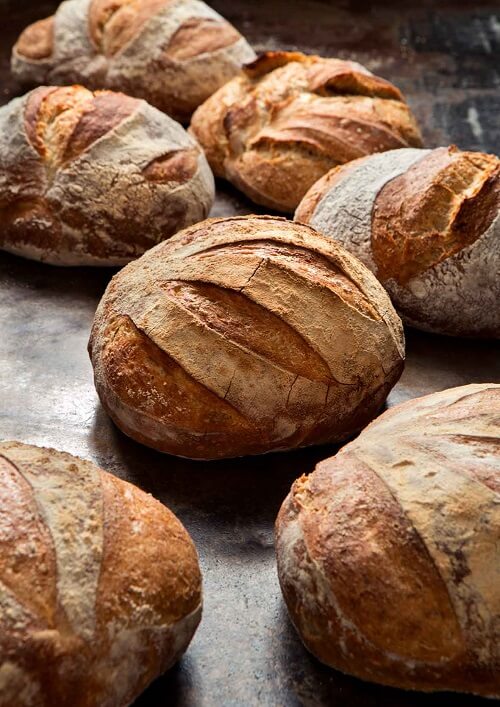 The best things in life are simple, like this no-knead artisan bread. This rustic recipe relies on pantry staples: all-purpose flour, yeast, salt, and water. You don’t need to spend time kneading and you can also stash it in the refrigerator for later. When you’re ready, just shape the loaf, let it rest, then pop it in the oven. 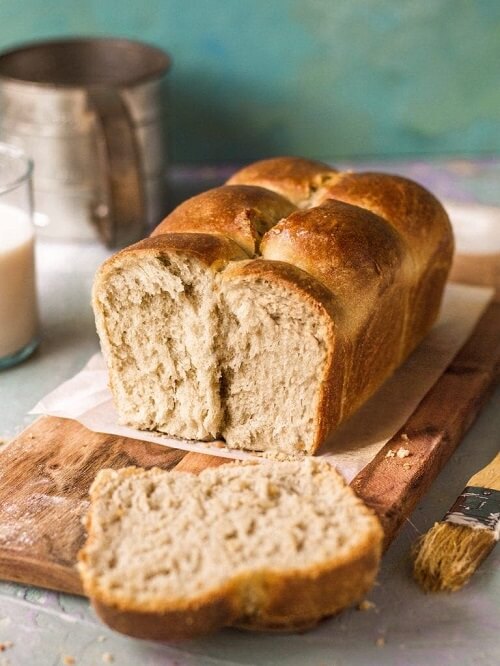 Brioche is traditionally made with eggs and butter, which gives it its characteristic fluffy texture. But, eggs and butter aren’t necessary to enjoy brioche. This recipe uses dairy-free butter and apple cider vinegar. It can be made with plain, all-purpose flour or spelt. 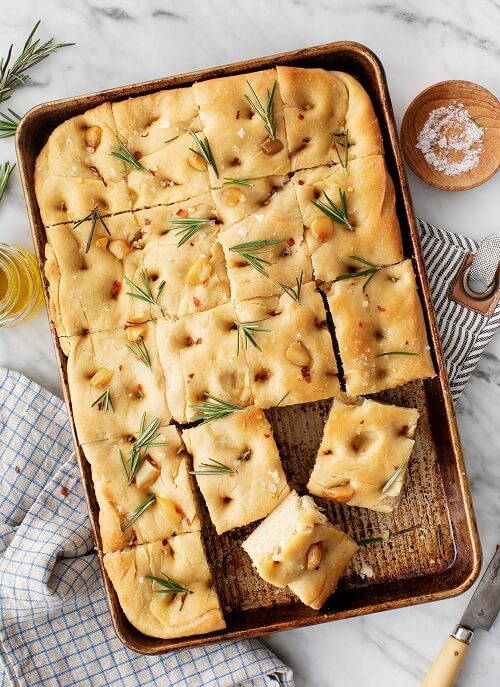 The hardest part about this recipe is waiting for the dough to rise. This simple rosemary focaccia is rich and savory, with a yummy chewy texture. In addition to fresh herbs, it’s also speckled with roasted garlic. You can change up the toppings based on what you have on hand. This recipe also freezes well. 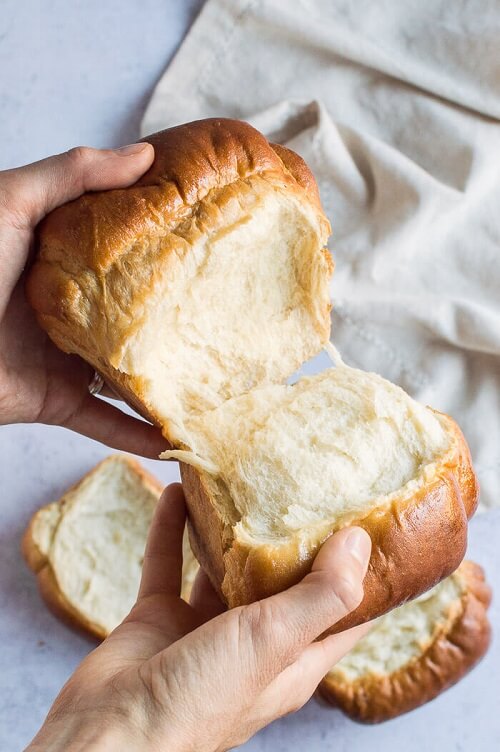 This fluffy bread is perfect for breakfast. | Domestic Gothess

Japanese milk bread, also known as Hokkaido milk bread, is beloved for its heavenly fluffy texture. It’s made using a technique known as tangzhong, where a portion of the flour is mixed together with liquid from the recipe. Then you cook it on the stovetop like a roux, until it forms a thick, pudding-like texture that’s then added to the flour. Instead of eggs and butter, this recipe uses aquafaba—the liquid from a can of chickpeas—and dairy-free butter. 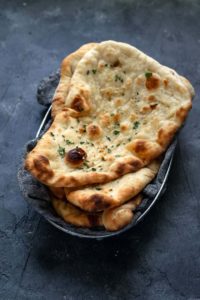 This vegan naan is at home beside curry. | The Curious Chickpea

Traditionally made with ghee (clarified butter) and yogurt, the majority of naan available in restaurants isn’t vegan. But, here, vegan yogurt and butter replace dairy. This recipe bakes up in a matter of minutes. It pairs perfectly with curry. 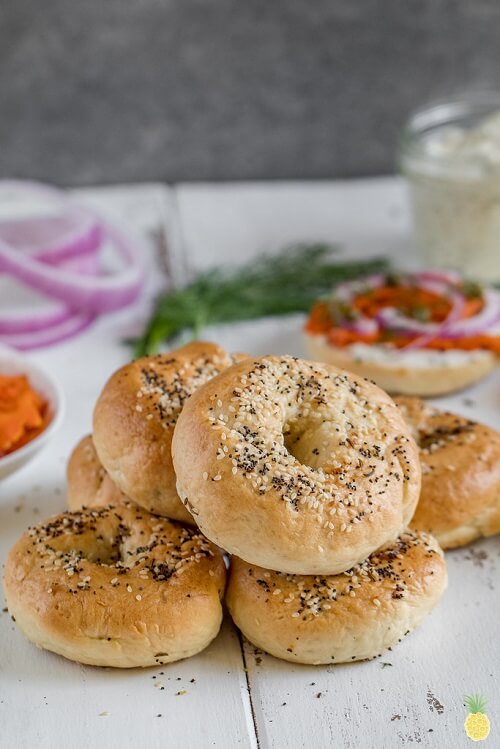 Nothing beats a New York City bagel—especially when paired with tofu cream cheese. These fluffy bagels have an authentic flavor and texture. Go with whatever topping your heart desires, whether that’s everything bagel seasoning, sesame seeds, onion, and more. 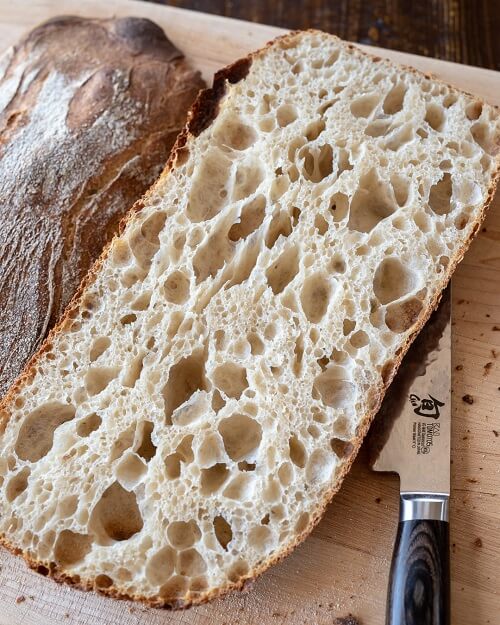 This ciabatta is irresistible. | The Perfect Loaf

This is the perfect ciabatta. The interior is soft, chewy, and glossy while the crust is crisp and crunchy. The neutral flavor makes it the perfect vessel for sandwiches of all kinds—or, you can just enjoy it on its own. 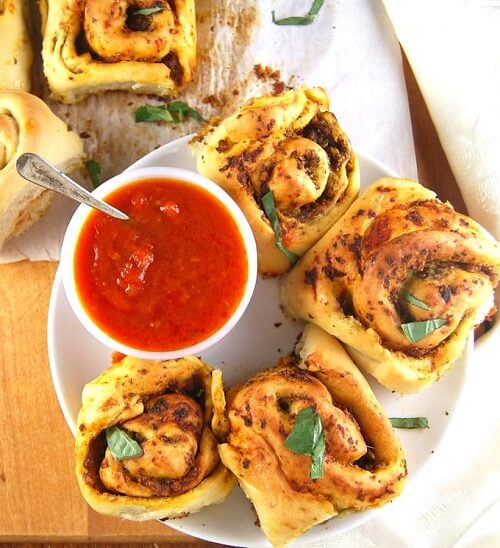 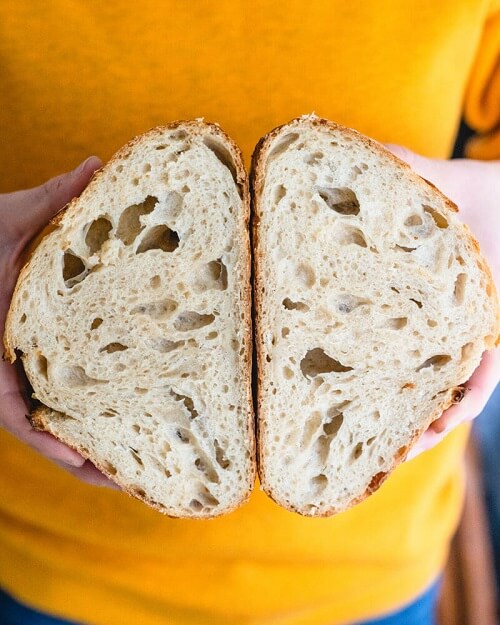 Nothing beats a classic sourdough loaf. | A Couple Cooks

Making sourdough bread is like creating art. This guide walks you through making your own, from the starter to the final product. The end result is tangy with a beautifully chewy crust and perfect texture.