According to the California-based food tech company, the Future Food Studio will be the first of its kind in China.

Led by influential Shanghai chefs, students will learn how to cook flavorful, high-quality, nutritious, and climate-friendly plant-based food. The JUST Egg, a liquid vegan egg made from mung bean protein, will feature heavily across the program. It is scheduled to run from October 10 to October 30.

Celebrity chef Belchuan Yang is among those contributing to the culinary program. Chef and DJ Andrew Moo, Franciso Giussani and Evo Ni (from the Center of Innovative and Entrepreneurial Culinary Arts and Services), and Jonathan He, from popular Shanghai wine bar and restaurant Bird Wine + Kitchen are also on the bill.

Members of the public can apply for classes via the Future Food Studio WeChat Mini Programme. Free classes are available for a limited number of spots for a limited time only. 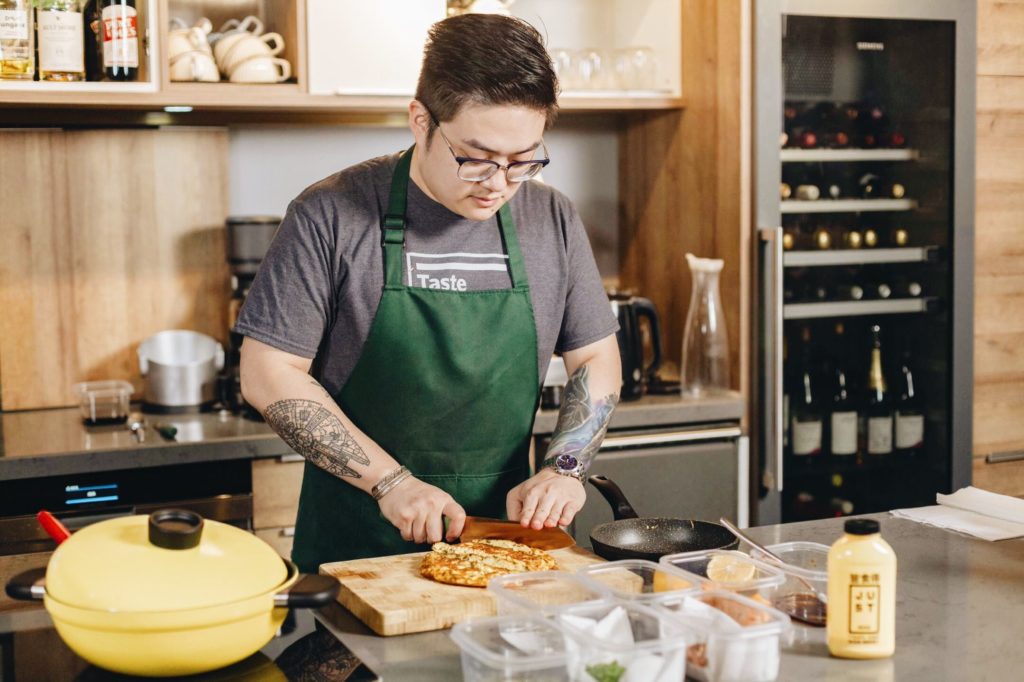 The new Future Food Studio is the first of its kind in China. | Eat Just

By 2023, experts estimate China’s vegan food market could be worth nearly $12 billion USD.

Eat Just CEO Josh Tetrick has noticed a shift in consumer attitudes. He told Hong Kong-based eco-wellness media platform Green Queen: “The move toward plant-based protein is here to stay and the impact of COVID-19, climate change, and food insecurity has accelerated the pace of change faster than any of us could have predicted.”

“We’re seeing more opportunities for collaboration and innovation from an increasing number of food producers and potential partners in China and across Asia,” he added.

“China, in particular, will account for a large percentage of our future growth. Consumer demand there is being driven by a desire for healthier, safer, and more sustainable food products — both for the individual and collective benefit.”

Eat Just isn’t alone. Fellow California-based alternative protein company Beyond Meat is also focusing on growth in China. Earlier this month, it announced it would be opening a major production facility in the country.

Beyond Meat’s CEO Ethan Brown said in a statement: “China is one of the world’s largest markets for animal-based meat products. And potentially, for plant-based meat.”