South Korea says that Kim Jong-Un is “alive and well” following rumors that North Korea’s leader recently underwent heart surgery. Speculation about Kim’s health has focused on his diet, which is reportedly high in meat, cheese, alcohol, and cigarettes.

“We have nothing to confirm,” said South Korea’s presidential office in a statement. “No special movement has been detected inside North Korea as of now.”

“Our government position is firm,” Moon Chung-in, a special adviser on national security to South Korean President Moon Jae-in, confirmed in an interview with CNN. “Kim Jong-un is alive and well.” Moon explained that Kim has been staying in the coastal town of Wonsan since April 13.

Daily NK, a Seoul-based online newspaper that reports stories allegedly obtained from inside North Korea, claimed that Kim was recovering after undergoing a “cardiovascular procedure.” The media company, which employs North Korean defectors, cited a single unidentified source inside the country for the information.

According to this source, Kim required urgent treatment due to heavy smoking, obesity, and fatigue. Shortly afterward, CNN reported that Washington was “monitoring intelligence” that the North Korean leader was in “grave danger” following surgery. Reporting from inside North Korea is notably difficult, specifically when concerning the country’s leadership. 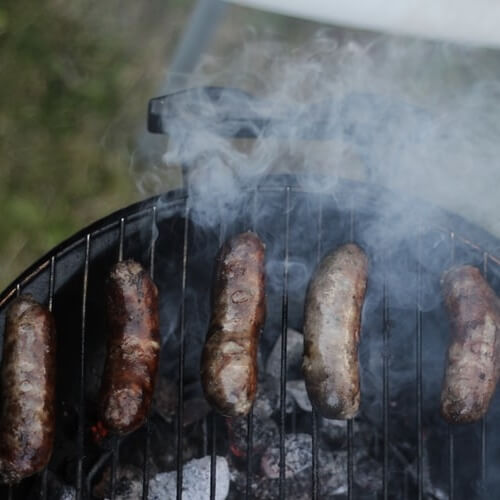 Kim previously disappeared from the public eye in 2014, which also prompted rumors concerning his health and diet. In particular, luxury items such as expensive wine, Emmental cheese, and steak.

According to British tabloid The Sun, South Korean officials previously estimated Kim’s weight as up to 20 stone. For the 5 feet 6 inches tall politician, this indicates a BMI of 44.9, falling in the “morbidly obese” category. Several studies link obesity with an increased risk of cardiovascular disease. Kim’s father, Kim Jong-il, died of a heart attack in 2011.

A growing body of scientific data links obesity, cardiovascular disease, diabetes, various cancers, and other health issues with meat and dairy consumption. A 2018 study by the Cleveland Clinic indicates that eating red meat could increase the risk of heart disease 1,000 percent more than following a vegan diet.

A study by the American Heart Association indicates that following a healthy vegan or plant-based diet could effectively prevent cardiovascular disease. Although a vegan diet cannot prevent disease, it can significantly reduce the risk of developing certain diseases.