Fewer dolphins are turning up in fishing bycatch. Initially, this might seem like a reason to celebrate. But what this actually indicates, according to a new study, is that the population has declined and there are fewer dolphins left in the oceans to be caught.

Bycatch is one of the leading causes of death for dolphins and other cetaceans around the world. It happens when the animals accidentally swim into nets intended for fish, usually tuna.

Between 1950 and 2018, the fishing industry unintentionally caught around 4.1 million dolphins, says Dr. Putu Liza Mustika, who worked on the study. The research team—led by Dr. Charles Anderson of the Maldivian Manta Marine organization—looked at bycatch rates in the Indian ocean to draw its conclusions.

They estimate that the dolphin population in the Indian Ocean stands at 13 percent of what it was in the 1980s. Mustika notes that the figures in the study are “ball-park figures,” and therefore have a lot of uncertainties. But what they do confirm is the magnitude of the problem.

“Millions of dolphins [were] accidentally caught between 1950 and 2018,” she told LIVEKINDLY. “Millions. Not just a few hundreds of dolphins.”

She told LIVEKINDLY, “the scale of bycatch is almost certainly impacting regional and local dolphin populations. The study states that although tuna catches are increasing, dolphin bycatch stagnated in the 1990s. [It] has since declined, and is therefore unsustainable and impacting populations.” 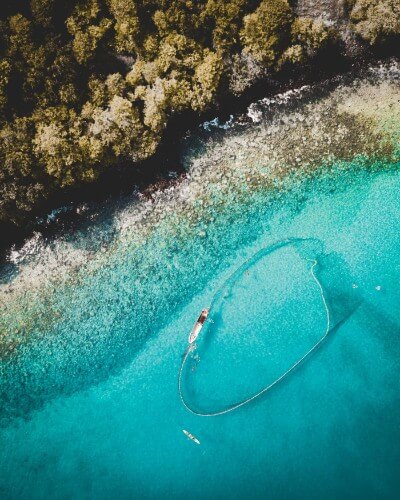 Dolphins often end up as bycatch.

The Problem With Gillnets

According to Mustika, gillnets—a wall of netting that hangs in the ocean—are particularly lethal for dolphins. They can vary in length, ranging from 100 meters to more than 30 kilometers.

“Gillnets used to be made of cotton or hemp,” Mustika says. “But in the late 50s, they changed it to stronger materials (monofilaments). And also smaller mesh size to catch more fish (to meet human demand).”

It’s not just dolphins that end up as bycatch. The World Wildlife Fund (WWF) says, “entanglement in fishing gear is the leading threat for whales and dolphins around the globe. [It’s] estimated to cause at least 300,000 deaths per year.”

“Bycatch has led to the almost certain demise of the world’s smallest porpoise, the vaquita in the Gulf of California,” it adds. “Several more species are likely to follow if governments and fishers aren’t able to effective means to halt this unwanted and unnecessary cause of morality for cetaceans worldwide.”

According to Dolman, fishers caught 75 percent of odontocete species (toothed cetaceans)  in gillnets in the past 20-plus years. Sixty-four percent of mysticetes species (baleen whales) have ended up as bycatch in the same time period, as well as 66 percent of pinnipeds (that’s animals like seals, sea lions, and walruses).

Sharks can also be victims of the fishing industry. Angie Coulter—a researcher with the Sea Around Us initiative at the University of British Columbia—spoke to National Public Radio (NPR) about the dangers of sharks getting caught up in bycatch.

“Sharks are apex predators,” she explained. “They hold all of these food chains together. If we’re removing these sharks [from the ecosystem], they really can’t catch up and will decline more and more.” 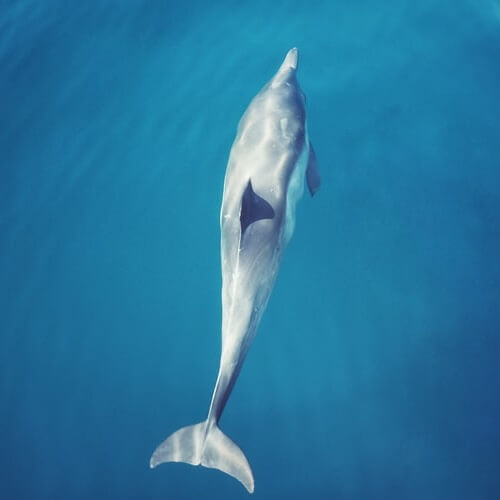 How Do We Save Dolphins From Bycatch?

Per 1,000 tonnes of tuna, the study estimates that 175 dolphins accidentally get caught in nets. At current levels, this means fishers accidentally catch about 80,000 dolphins every year.

Dolman notes that authorities have taken some action to mitigate the situation, including fishing bans and gear modifications, but more needs to be done.

“The countries who are fishing in the region and the Indian Ocean Tuna Commission is the Regional Fisheries Management Organisation that has responsibility for this issue, need to act,” she says. “There is much that can be done to better monitor, mitigate report, and enforce dolphin bycatch.”

She adds that the Food and Agriculture Organization of the United Nations (FAO) is currently producing best practice guidelines to prevent and reduce marine mammal bycatch. She notes: “this would be a good place to start.”

Dolphins, whales, and other cetaceans need urgent protection. But tuna themselves are at risk too. In 2018, fishers pulled nearly six million metric tonnes of tuna from the ocean.

Just like dolphins, some species of tuna are in decline. The World Wildlife Fund (WWF) says bluefin tuna is critically endangered.

“As the methods of catching tuna have advanced over the years, the conservation and management of tuna has not evolved as quickly,” says the WWF.

According to the FAO, most tuna stocks are “fully exploited” with “no room for fishery expansion.” 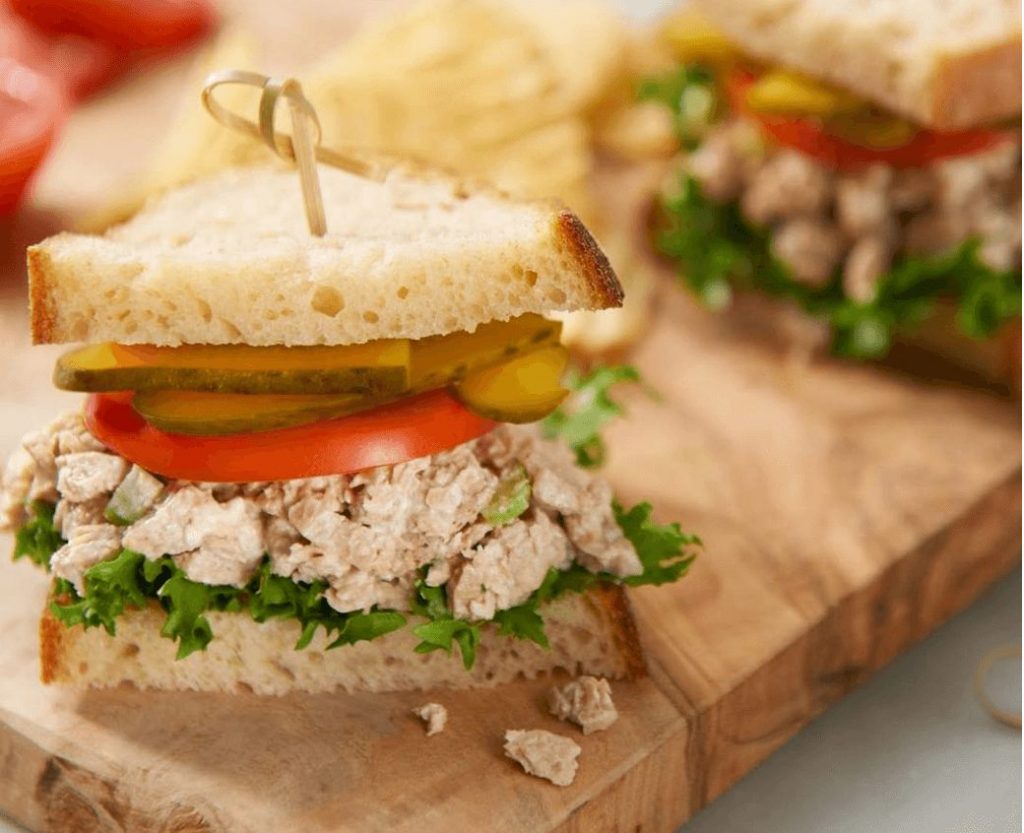 One way to save the dolphins and the tuna? Avoid fish altogether and choose vegan fish instead. Brands like Atlantic Natural Foods’ Tuno and Good Catch offer plant-based alternatives to tuna.

“Overfishing is a global problem that is getting worse by the day,” Tuno founder Doug Hines told Forbes. “The number of illegal vessels and underreporting is rampant on the high seas. And governments tend to turn the other way.”

Good Catch’s tuna features a six legume blend, but it still has that fishy taste, thanks to the addition of seaweed and algae extract.

CEO of the brand Chris Kerr told LIVEKINDLY, “our mission is to create delicious plant-based seafood options, giving people everything they like about seafood, but without the concerns about mercury and other pollutants, ocean harm or overfishing.“