New research confirms that a diet heavy in fried food is linked to an increased risk of early death.

The study, published in the BMJ (British Medical Journal) earlier this year, assessed the diets of 106,966 postmenopausal women ages 50-79 who enrolled in the Women’s Health Initiative in the 90s. According to the data, 31,588 deaths occurred between then and the follow-up in January 2017: 9,320 heart-related, 8,358 cancer-related, and 13,880 from other causes.

Researchers looked at lifestyle factors such as education level and income as well as how frequently participants ate fried foods like chicken, shellfish, french fries, and tortilla chips. Fried foods tend to be higher in saturated fat, which studies link to various heart-related health issues.

Those who ate one or more servings of fried food a day were found to have an 8 percent higher risk of encountering an early death. 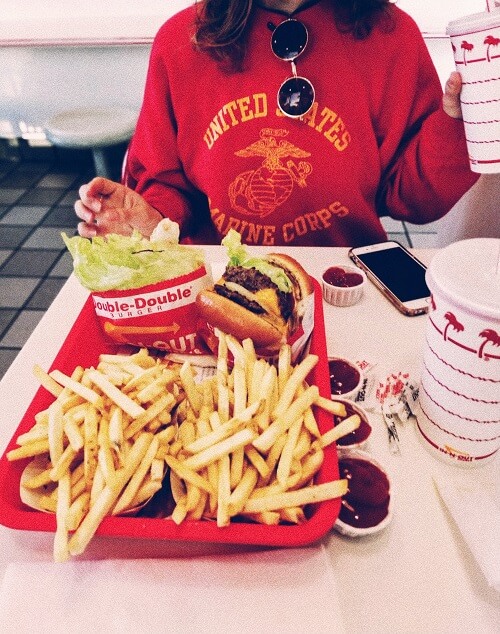 How Does Fried Food Impact Health?

The risk factor for eating fried chicken daily was even higher compared to the average. One or more serving a day was linked to a 12 percent higher risk of heart-related death, but no fried food was connected to a higher risk of cancer death.

“We have identified a risk factor for cardiovascular mortality that is readily modifiable by lifestyle,” the study authors wrote.

The data shows that the women who frequently ate fried foods were typically younger and non-white with less education and lower income.

“Reducing the consumption of fried foods, especially fried chicken and fried fish/shellfish, may have clinically meaningful impact across the public health spectrum,” the study concludes. Research has shown that a whole foods, plant-based diet is one of the most effective ways to prevent chronic health issues such as heart disease, high blood pressure, type-2 diabetes, and certain forms of cancer.

For some, adopting a healthier, plant-based diet might not be so simple. Access to healthy is an issue in the United States, where 2.3 million live in food deserts, many of whom live below the federal poverty line. This has a negative effect on individual health: those living in food deserts are 55 percent more likely to have a good-quality diet.

Francesca Chaney, the founder of Brooklyn-based restaurant Sol Sips, has made it her mission to provide her community with healthy, affordable vegan food. “The wellness community can be really classist,” she told Essence in February 2018, adding many might want to eat healthy, but only have access to fried fast food.