UK energy company Ecotricity is officially the world’s first energy supplier that is certified vegan. The certification was given by The Vegan Society and confirms that the business does not use animal products in any of its processes.

In a statement, the company revealed the “dirty secret” of the energy industry. “There are two main sources of non-vegan energy generation in the UK: anaerobic digestion (AD), and biomass,” Ecotricity wrote. “Both AD and biomass energy production can contain by-products of animal farming – like factory-farmed livestock, slaughterhouse waste, fish parts, and animal slurry.”

It added that energy providers are not required to declare whether animals are used in production and that while green energy is more sustainable, it can still include animal products. A number of energy providers, including major players in the industry, use non-vegan methods, meaning 60 percent of the population are affected. British Gas, EDF, Npower, SSE, and Green Energy UK, among multiple other smaller “green” companies, all use byproducts of the animal industry, such as manure and animal slurry, in their fuel mix. 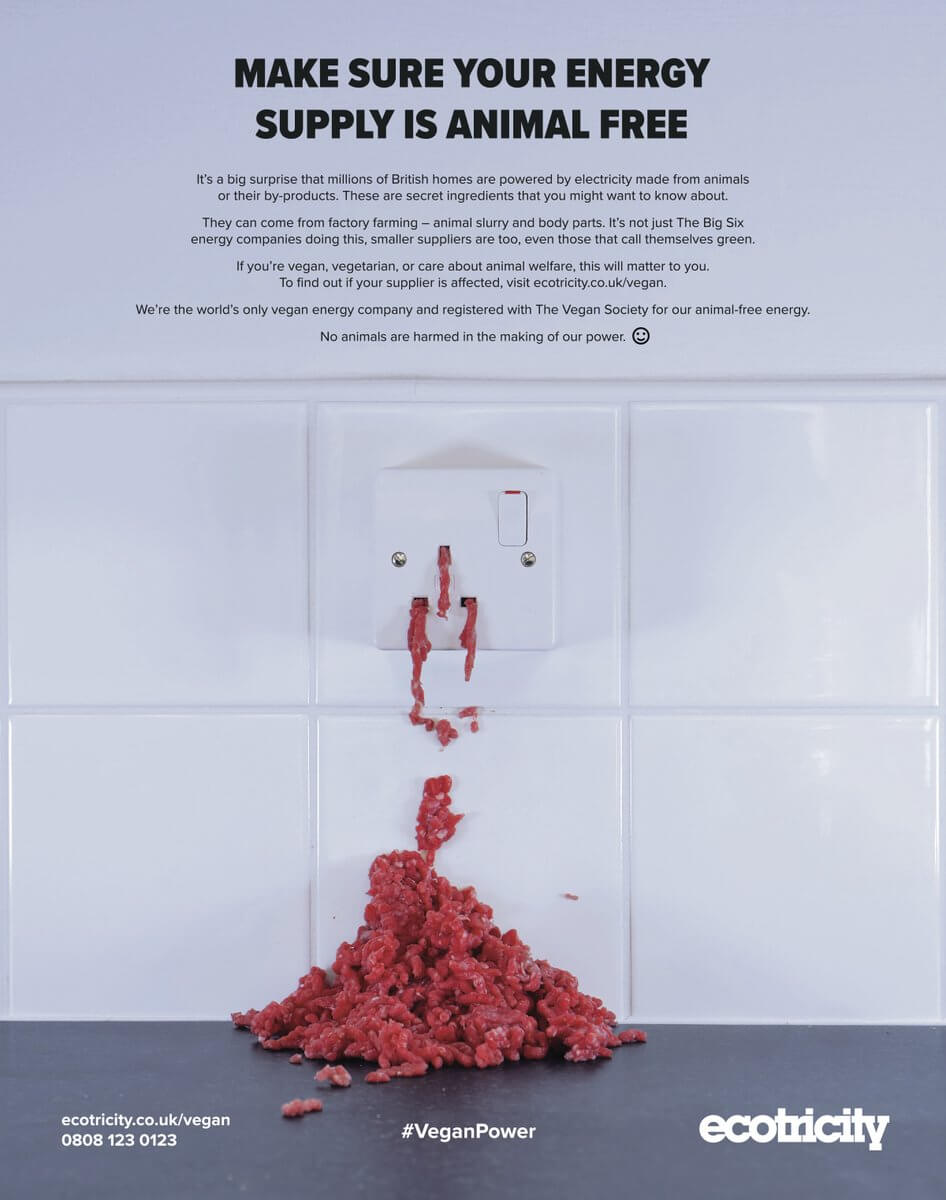 Dale Vince, founder of Ecotricity, said in a statement, “For millions of Britons there’s a secret ingredient in their power, energy companies big, small, brown and green are using the by-products of factory farming to make electricity and gas.”

“That’s not against the law, but it shouldn’t be a secret, any more than the ingredients in the food we buy should be secret – energy suppliers need to come clean. We need clear labelling of energy sourcing so that people can make informed choices.”

By opting for vegan energy, consumers can reduce their carbon footprint. The company said that energy, transport, and food production are responsible for up to 80 percent of personal carbon emissions and that switching to animal-free energy is “one of the biggest single things you can do” to reduce your impact on the planet. Further, by supporting a cruelty-free provider, consumers’ energy bills won’t support factory farming or the inhumane treatment of animals. “Instead, you’ll get animal free, 100% green, ethical energy,” it said.

The company, which produces green electricity using power from the wind, sun, and ocean, announced it also plans to begin generating “vegan green gas” made from grass.