Miliband, who served as Leader of the Labour Party and Leader of the Opposition between 2010 and 2015, plays a version of himself (named “Fred Miliband”) in the new short film, “What If,” a sequel to “The Age of Stupid,” a 2009 British documentary film by Franny Armstrong.

In the new short, set in the year 2055, Miliband is Prime Minister, the Green Party’s Caroline Lucas is President of the EU, and everyone is living in a world where people are vegan and single-use plastic and petroleum-based cars are banned. The film sees Miliband and others try to save the few remaining people on Earth from total devastation.

The film role comes after Miliband made headlines in January for responding to a Tweet from ITV News, which asked the question, “Could you cut your meat intake to half a rasher to save the planet?” Miliband Tweeted back, “yes,” but then an unflattering photo of him eating a bacon sandwich surfaced.

“Things were all going well for Miliband ahead of his campaign tour around the UK but it all went very wrong for him when he went to meet some working people in a greasy spoon cafe and was confronted with a bacon sandwich,” the website indy100.com reports.

“What happened next can only be described as a catastrophe as his attempts to eat the bacon sarnie made him look like he had just tasted the foulest thing imaginable and images of him eating the snack ended up everywhere.”

The film was released to coincide with the ten-year anniversary of the “The Age of Stupid.”

While it may be the first film to star Ed Miliband in a vegan universe, it’s certainly not the first short to tackle climate change and animal agriculture.

Earlier this year, Animal rights organization Last Chance for Animals created a two-minute film set in a fictional fancy restaurant “Casa De Carne,” which sees customers escorted to a room where they must slaughter the animal for the meat they’ve just ordered. The film took the Tarshis Short Film Award at the Animal Film Festival. 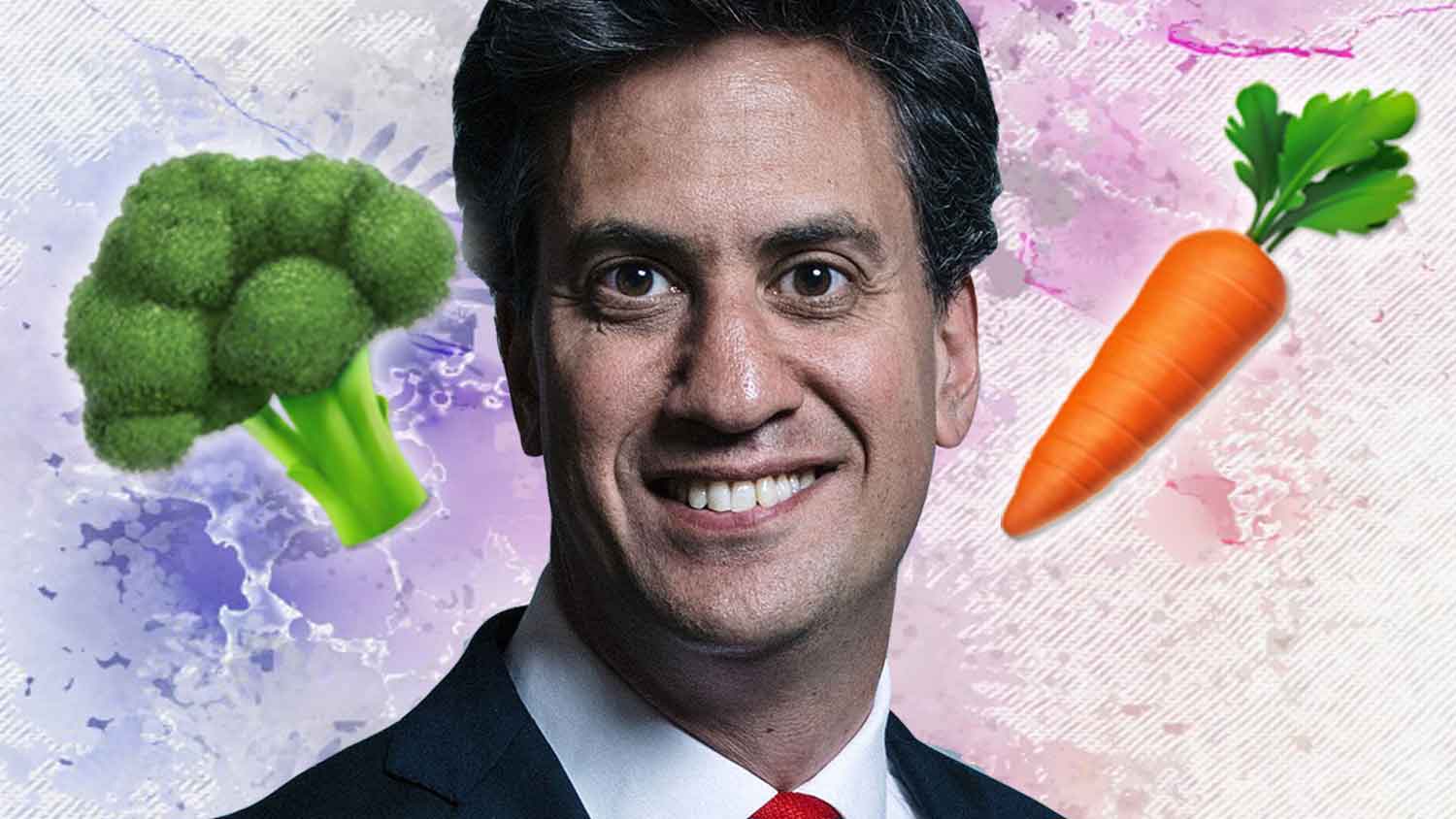