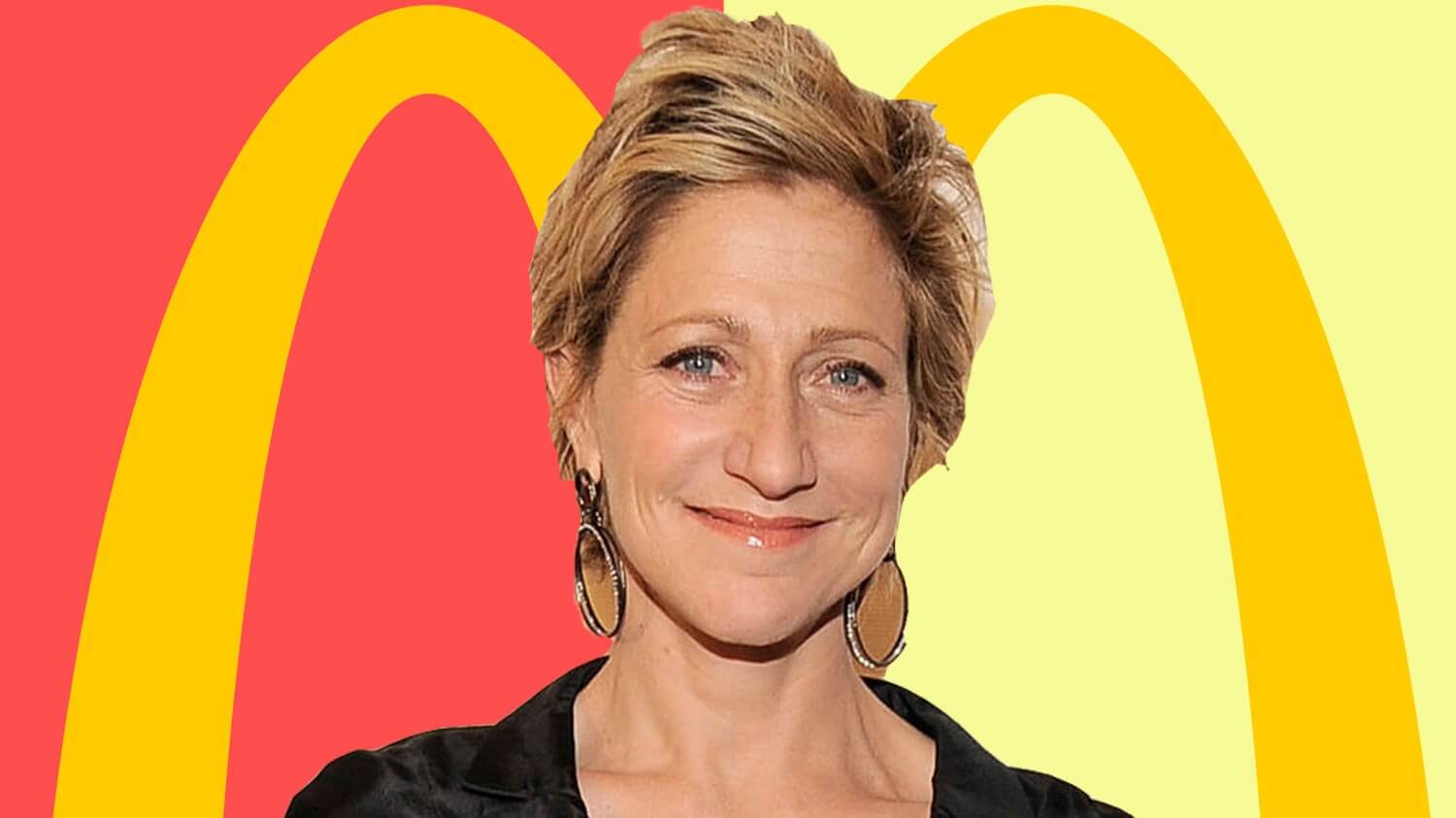 Actor Edie Falco has spoken out against the fast-food giant McDonald’s and its animal welfare policy. The star of “The Sopranos” has also requested that the chain add more vegan options to its menus.

Falco made the comments at an animal rights demonstration in New York’s Times Square, where she and her son Anderson joined many other activists fighting for the same cause. Led by a coalition of animal rights organizations, Animal Equality, Compassion Over Killing, and The Humane League, one of the purposes of the demonstration was to educate the public about McDonald’s food sources.

“I think to a large degree people are in denial about where their food comes from,” said Falco in a Facebook live video broadcast by Animal Equality. “Events like this make it clear what it actually looks like. What you’re eating, what you’re actually participating in, and on some level making ok, is this horrible thing. You need to know about it.”

She continued, “you should know what actually happens…it doesn’t just appear like that on your plate.” Anderson chimed in, “it’s so unfair the animals are dying for no reason, eat as a vegan.” Falco then asked that McDonald’s at least add more vegan options to its menus.

According to Animal Equality, McDonald’s is “dragging its feet” in terms of updating its animal welfare policies. Other fast-food chains, such as KFC, Subway, Burger King, and Jack in the Box, have all committed to making positive changes to the way their animals are farmed. But McDonald’s, which according to the organization “has the power to eliminate the cruelest farming practices used by its producers and reduce the suffering of millions of birds,” hasn’t yet made any such commitments.

In a bit to put more pressure on the company, Animal Equality recently erected a billboard in Times Square asking consumers to boycott McDonald’s. The ad is part of the organization’s “McChicken Cruelty” campaign, which aims to expose the truth about how the company’s chickens are kept.

Animal Equality notes, “each year, hundreds of millions of chickens suffer tremendously on farms that raise chickens for McDonald’s menu items. These bits are bred to be so unnaturally big their own legs can’t support their weight. They are crammed into dark sheds and trapped in filth, unable to engage in most natural behaviors. These horrific conditions are unacceptable.”