You can now order vegan chicken at El Pollo Loco.

Today, the Mexican-inspired fast-food chain announced the addition of its first plant-based protein to menus at all 485 locations.

The meat-free chicken is part of El Pollo Loco’s new “Mix & Match Street Tacos.” It first launched in February, but was reformulated to make it fully vegan. It’s now the largest chicken chain to offer a fully vegan option at all locations.

Customers can choose from seven taco options, one of which is The Chickenless Pollo Taco.

“Coming off the heels of the successful launch of better-for-you limited-time offerings earlier this year, our customers wanted more,” said Mark Hardison, SVP of Marketing at El Pollo Loco, in a press release.

“We’re thrilled to expand on that with the new Mix & Match Street Tacos that were created to fit every taste preference and lifestyle, as well as debut our first plant-based protein […] taco,” he added. 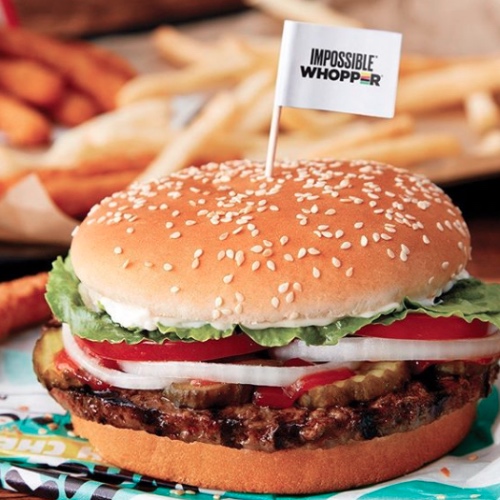 Following the launch of the vegan meat crumbles, the company told Business Insider the vegan Beyond Meat taco was one of the chain’s most successful new menu items.

“We’ve had stories—even on social media—of folks talking about having never been to Del Taco before and this giving them a reason to check out the brand,” said Del Taco CEO John Cappasola.

Last year, Carl’s Jr. added a Beyond Meat burger to its menu, while Burger King added the Impossible Whopper.

“We are excited that everyone who runs on Dunkin’ now has the option to make a delicious plant-based sausage sandwich part of their day,” said Ethan Brown, Beyond Meat Founder and CEO, in a press release.