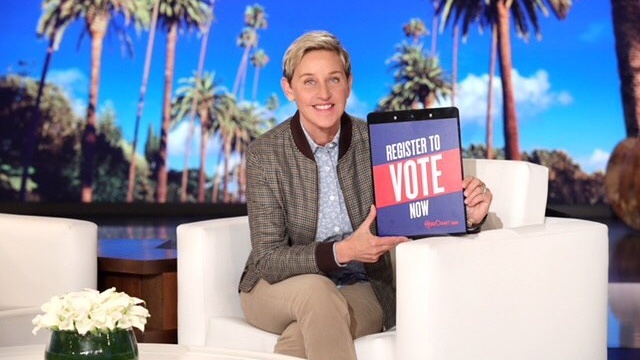 Expressing her support via Twitter, the TV host wrote, “Hey, California! If there’s two things I love, it’s animals and kindness. That’s why I love Prop 12.” She encouraged her followers to vote “#YesOn12!” and shared an informative video about the bill.

In the educational video created by Now This News, Josh Balk from the Humane Society of the United States explains that “The most far-reaching law for farm animals in history is on the bill this election.”

California’s “Yes on Prop 12 Campaign” is a ballot measure seeking to “crack down” on the cruel treatment of farm animals by disallowing veal calves, mother pigs, and hens from being confined to restrictive cages for the duration of their lives. Veterinarians, the Humane Society, the ASPCA, and animal shelters all support the bill for this reason.

Proposition 12 will also directly benefit humans, protecting against food sickness and factory farm pollution. Balk explains that, in the last decade, there have been recalls of almost a billion eggs from caged chickens because they carried life-threatening salmonella bacteria. Even Poultry World, a leading egg industry publication, admitted that “salmonella thrives in caged housing.” And the Center for Food Safety and National Consumers League both endorse Prop 12, hoping that it will control pollution.

Balk also refers to the colossal impact the bill could have. He explains, “Because California is the world’s fifth largest economy, the far-reaching impact for animals is enormous.”  The video summarises, “All animals, including farm animals, deserve protection.”

DeGeneres frequently uses her platform to speak out for animals. She recently told Jerry Seinfeld that foie gras is the “the cruelest thing ever” in an episode of “Comedians in Cars Getting Coffee.” Last year, the celeb took a stand against Trump’s plan to lift the ban on imported hunting and launched a campaign to raise money for elephant conservation. She has also promoted vegan animal rights activist James Aspey, and celebrated her 60th birthday this year with the gift of her very own gorilla conservation center.