UnHide recently launched its flagship product: a blanket called the Marshmallow. The blanket is made from 100 percent faux chinchilla polyester. It can be washed in a washing machine and is available in six colorways: Navy Lady, Snow White, Silver Fox, Charcoal Charlie, Night Owl, and Mocha Shar Pei. According to a press release, it’s the “coziest, fluffiest, and softest blanket you’ll ever lay your hands on.”

The company partnered with LA-based artist James Goldcrown to make its first Art Marsh blanket. Goldcrown’s iconic heart illustrations decorate the vegan fur blanket. For every Art Marsh sold, UnHide will donate a blanket to someone in need.

Further, UnHide will donate proceeds from every product it sells to the Humane Society of the United States, a non-profit organization that works to improve animal welfare around the country and beyond. 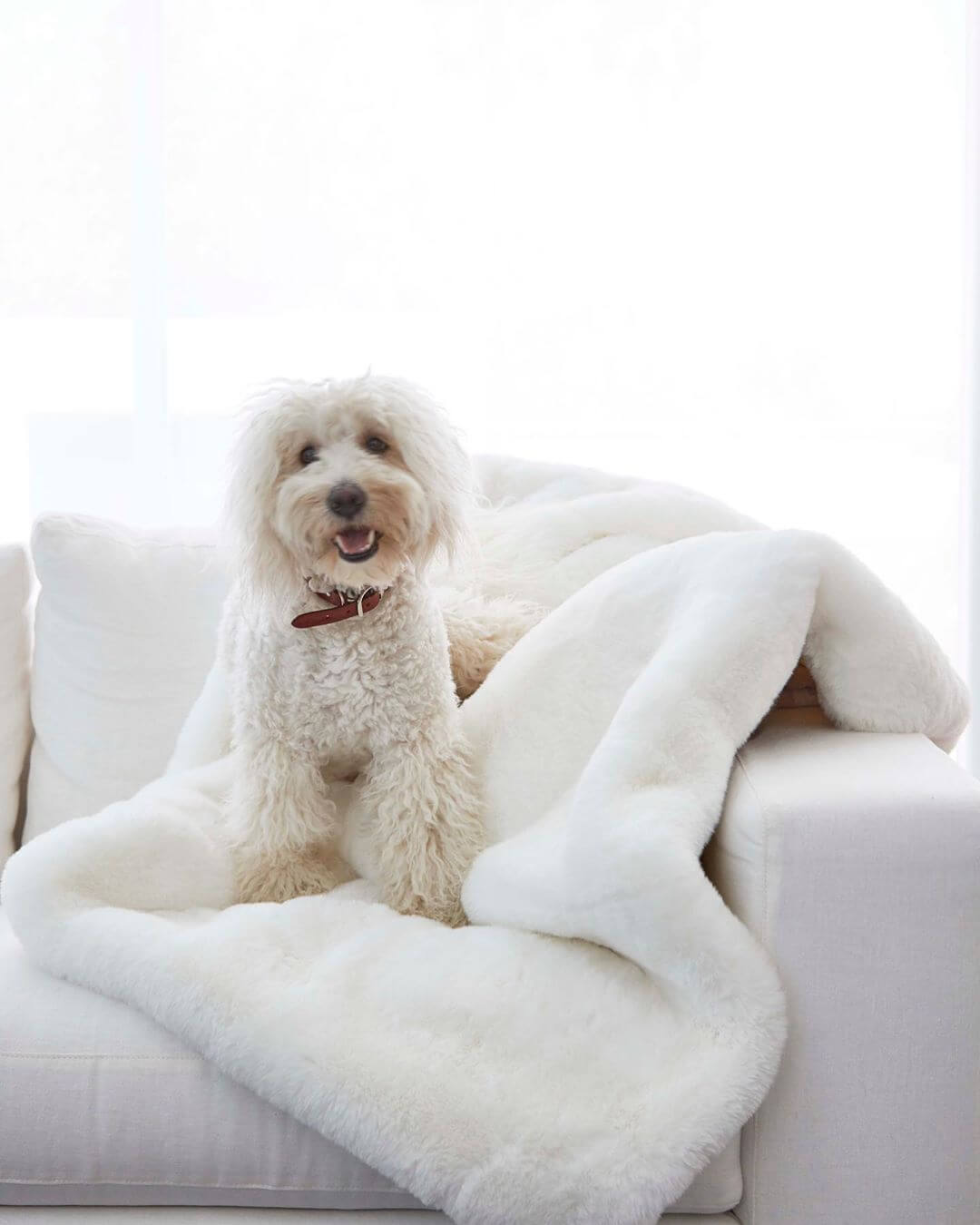 DeGeneres first went vegan in 2008. Since then, she has openly criticized the meat industry for its cruelty to animals. She said: “50 billion animals a year are killed and I think we all fool ourselves that there is some kind of happy cow and that it’s a quick death, that they just hit him in the head and that they are out.”

DeGeneres continued, “They are all in pain, they are all treated badly. They are all diseased and they are all pumped with antibiotics. It’s a very disturbing reality. And it happens every minute of the day.”

The talk show host recently announced that she has returned to eating fish and eggs. She insisted that she does “really believe” being vegan is “great for you” and that she was “healthier than I’d ever been.”

In September, DeGeneres encouraged her fans to cut meat out of their diet. She shared a video to her 77.2 million Instagram followers speaking about the health, environmental, and ethical benefits of ditching meat.

Last month, dairy-free cheese brand Miyoko’s Creamery announced that DeGeneres and her wife, actor Portia de Rossi, had become investors in the vegan company. “Being kind to one another is not just about people, it extends to animals as well,” DeGeneres said in a statement. She added that Miyoko’s vegan cheeses and butter have been “staples” in their home for several years.