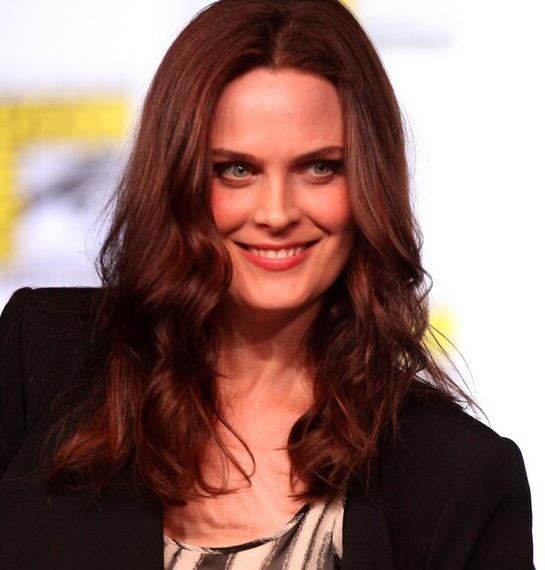 Vegan actor and animal rights activist Emily Deschanel is raising her children to be conscious of the food they eat; the “Bones” star even recently revealed that she jokingly refers to her six-year-old son Henry as the “vegan police.”

“It was his choice to become 100 percent vegan,” Deschanel told Us Weekly at the Mercy for Animals Hidden Heroes Gala. She joked: “He’s kind of like the little vegan police now. I have to watch what he’s doing socially so he doesn’t alienate people!”

Deschanel is also parent to three-year-old Calvin, her second son with her partner, actor David Hornsby. Like his brother, Calvin loves his vegetables and is learning about where his food comes from. “From birth, they’ve been vegetarian,” Deschanel continued. “We talk to them about why we eat the way we do.”

As well as being ethically minded, Deschanel is also raising health-conscious children. Speaking to natural lifestyle website Mother News Network in February 2013, the vegan celeb revealed, “I read ‘Disease-Proof Your Child‘ by Dr. Fuhrman, and think it is a must-read for parents trying to raise a healthy child.”

Henry is particularly aware of healthy foods. In 2015, Deschanel told the website Garden of Life: “Someone gave him candy at a party not long ago and he asked, ‘Why did they give this to me? I don’t eat candy!’ So, I’m really proud of him because nutrition is important to me, and I love it when I have these victories. I know it can sometimes be tricky to feed kids, but I openly offer healthy vegan options and cultured vegetables to them all the time.”

Deschanel’s passion for animals began at age 13, when she saw footage from a factory farm in the 1991 documentary “Diet for a New America.” The star told Hindustan Times that the film turned her vegetarian on the spot and she became vegan a year or two after that. “Animal cruelty really got to me. Billions of animals are killed every year for food – and animals are pretty amazing creatures, and I hate the idea of them dying for people to eat them,” she said.

The actor is also fully supportive of organizations that take steps to protect farm animal rights. She is the Education Committee Chair and Development Committee Member at Farm Sanctuary, a safe haven for rescued farm animals. And last week, she, along with many other vegan celebs, helped to raise $1.2 million to support animal rights nonprofit Mercy for Animals at its annual Hidden Heroes Gala. She is also one of many investors in the new Pig Out vegan bacon chips made by snack startup Outstanding Foods.