Watson appears on both (alternate) covers of Vogue Australia magazine for the March 2018 issue, which she shared with her Instagram fans last week. In addition to her natural, relaxed vibes cover photos – Watson became guest-editor for that issue. In true Emma Watson style, the edition is dedicated to discussing sustainability and “Designing the Future.”

“I helped guest edit @vogueaustralia’s March issue dedicated to conversations about sustainability and ‘Designing the Future’. I am so proud of this!” the actress said on her Instagram post. 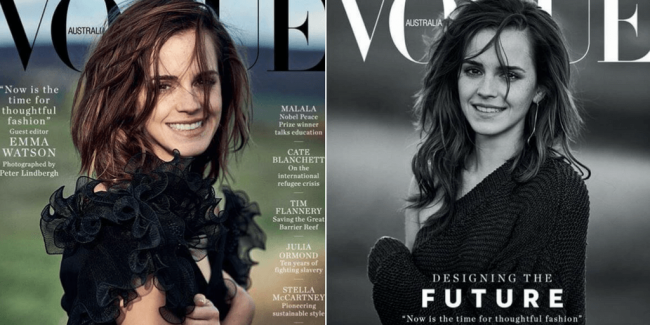 While there are no regulations on the use of the term “sustainable fashion” it often means a reliance on fabrics such as organic cotton or bamboo, use of regenerative agriculture, upcycled materials, and in many cases, abstaining from the use of animal byproducts. Leather, wool, fur, skins, and feathers are all connected to factory farming and have proved to be far less sustainable than vegan alternatives. Not only is raising animals a major contributor to greenhouses gases but some of the refining processes like the leather tanning industry, are serious environmental and human health hazards as well.

Hence, Watson graces the cover of Vogue wearing vegan fashion by noted vegan designer, Stella McCartney. The high-end designer captioned an Instagram post of Watson’s two Vogue covers to announce the news. “@EmmaWatson wears Stella on both covers of the March 2018 issue of @VogueAustralia shot by @therealPeterLindbergh. Emma also guest edited the issue titled ‘Designing the Future’ which focuses on sustainability within the fashion industry.” 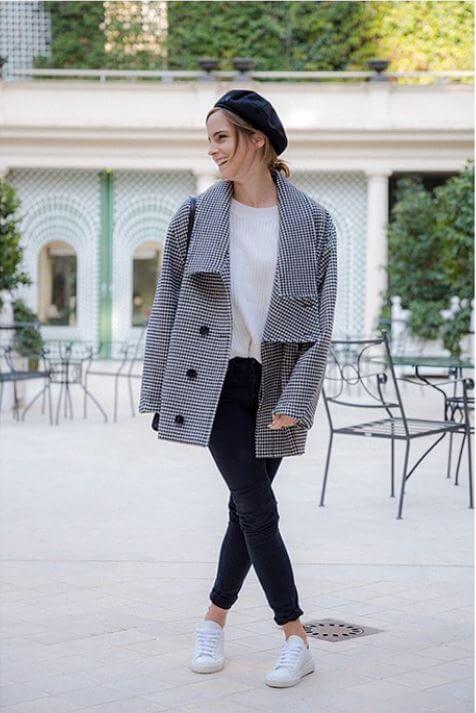 This isn’t the first time Emma Watson has had a substantial impact on the fashion industry by promoting sustainability. In 2016, Watson turned heads at the Met Gala with an elegant dress made from entirely recycled plastic bottles. About her dress, Emma shared a heartfelt Facebook post that included a change-inspiring message. “Plastic is one of the biggest pollutants on the planet. Being able to repurpose this waste and incorporate it into my gown for the #MetGala proves the power that creativity, technology and fashion can have by working together.”

Watson also launched an Instagram account dedicated to sharing ethically-produced, sustainable fashion, this already boasts over half a million followers.