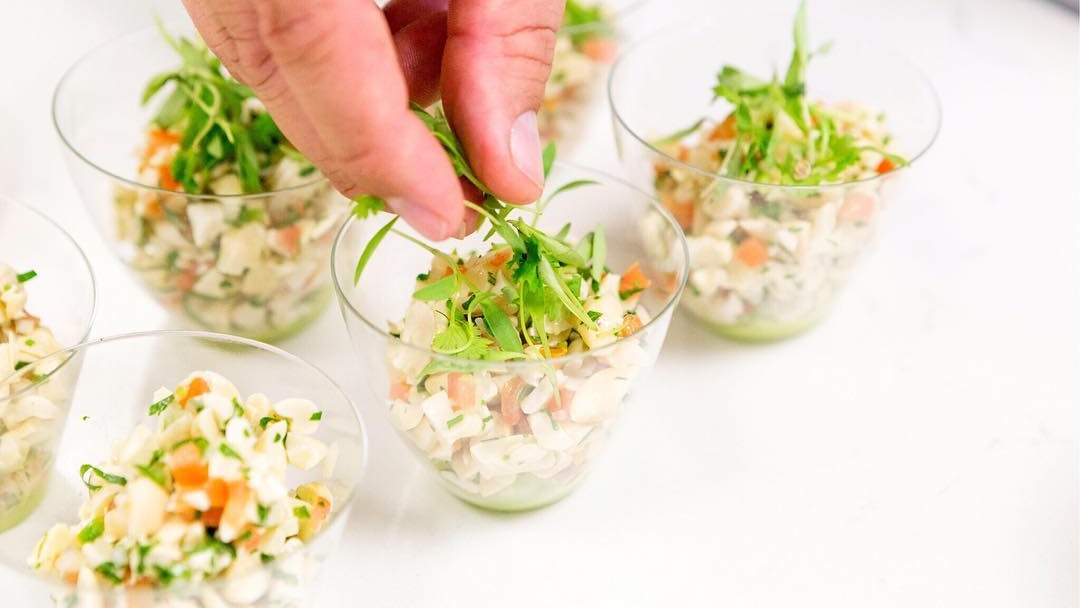 The 70th annual Primetime Emmy Awards is set to kick off later this month. While traditionally, the television awards ceremony is followed up with a seated dinner at the Governors Ball, this year’s dinner will be a departure from the norm in that it will take place in a partially-tented outdoor space – and feature more vegan options than ever before.

According to The Hollywood Reporter, the new dinner format will take place at L.A. Live, an entertainment venue located in downtown Los Angeles, next door to the Microsoft Theater where the Emmys will take place. The space has been designed as an “interactive, mix-and-mingle format” that gives guests free reign to move through indoor and outdoor spaces.

The dinner space was planned by 21-year event producer Cheryl Cecchetto and team, whose company Sequoia Productions has managed events for previous Emmy and Acadamy Award nights. Cecchetto said that the tented space should feel “synergistic,” with the “inside and outside feeling as one space.”

More vegan options will be available than previous events thanks to celebrated head chef Joachim Splichal of the award-winning Patina Restaurant Group. Chef Splichal has been recognized as “Restaurateur of the Year” by Food Network and Bon Appetit. He relies on classic French techniques to create elegant, innovative, and seasonal dishes. Patina’s fine dining cuisine is showcased in more than 60 locations, including performing arts centers and restaurants, across the country. The company’s catering division, Patina Catering, will provide the food for the Emmys dinner. While a menu has not been released, the catering company has previewed a select few dishes: vegan chia tapioca pudding for dessert and a plant-based ceviche.

We will be serving an assortment of plant-based dishes at the @televisionacad’s 70th annual Emmy® Awards Governors Ball this year! Who wants to try this Cashew “Ceviche” cup?! ??

who are this year’s vegan emmy nominees?

There are a few vegan actors among this year’s Emmy nominees. Zazie Beetz, who played the mutant Domino in the antihero film “Deadpool 2” is up for Supporting Actress in a Comedy Series for her role in the TV show “Atlanta.” Benedict Cumberbatch is up for an award for his role as the titular character in the limited series “Patrick  Melrose.” Thandie Newton has been nominated for her role in the sci-fi series “Westworld.”