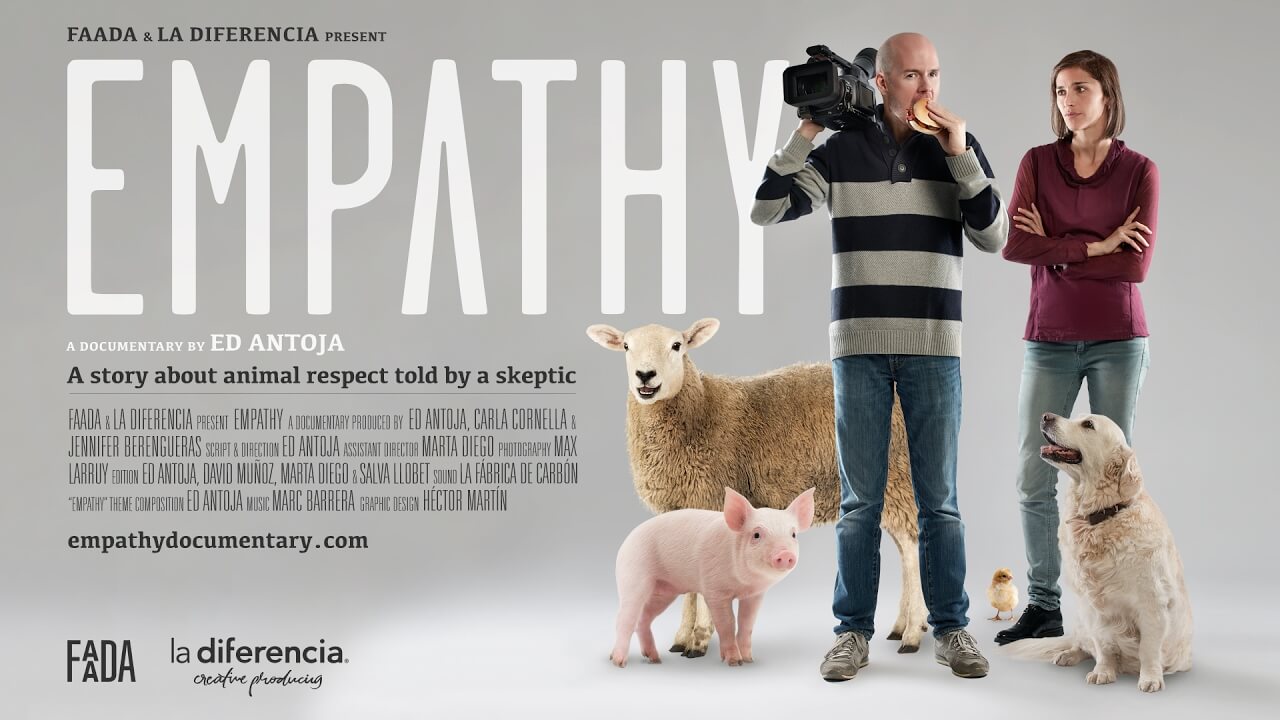 Empathy. A new documentary commissioned with the intention to change societal habits that are causing harm to animals. What happens when someone who is completely unaware of our detrimental behaviour is asked to make a film on this very topic?

“Alien to the animal-loving culture” filmmaker, Ed is followed in the process of making the documentary as he connects the dots between his daily habits and the impact they have on the animals.

The film is based on a series of conversations between Ed and his friend Jenny, a collaborator of the animal foundation that commission the film. Jenny plays a huge part in guiding Ed’s journey in an effort to serve contrast to his doubts and to provide answers about veganism in general.

Empathy documents one man’s search for knowledge, and features experts such as Melanie Joy, Peter Singer, Mark Bekoff, Steven Wise, and Patrik Baboumian. Produced by FAADA, a Spanish animal welfare organization, it was decided that no graphic footage was to be included, so instead aims to present veganism in a way which is empowering and shows the benefits of veganism without being judgemental.

The film addresses not only Ed’s food choices but the consequences of the way he dresses, to the products he buys and how he spends his free time.

In an exclusive interview with LIVEKINDLY, we asked Ed what he found to be the most challenging part of the project, and his answer was surprising. Giving up ham and eggs? Seemingly not – he says “it was not easy to get into the industry facilities, the slaughterhouses and even farms” noting his agreement with FAADA to keep the documentary light and avoid graphic imagery. Ed also reveals that it was his intention to use humour as a way to reach more people who are not necessarily interested in the welfare or rights of animals.

A project that will change his way of living forever. Or perhaps not? You’ll have to watch and see for yourself.