Updated May 4, 2020. Starbucks just leased a new location on the ground floor of the Empire State Building. The coffee giant offers several vegan food and drink options in the U.S.

Starbucks is consolidating and updating its existing stores in the building with the new lease, first signed in December 2019. Starbucks will move from its previous 1,500 square-foot location on the western side of the building to a new, 23,000 square-foot space.

The lease primarily includes space on the ground floor, with additional areas on the concourse level and second floors. Starbucks will cater to both office tenants and tourists visiting the Observation Deck. Customers are able to enjoy plant-based food and drink at the top of the famous New York City landmark.

Starbucks has been a tenant of the Empire State Building since 2008, including “express” locations with no seating. According to The Real Deal, the new space could potentially become another high-concept branch. Starbucks Reserve Roastery and Tasting Rooms often serve unique menu items and feature unique interior design.

In addition to locations in Seattle, San Francisco, and Chicago, the tasting room concept already exists in West Manhattan. Starbucks often trials new menu items at its Reserve stores, including dairy-free milk and other plant-based and vegan options. 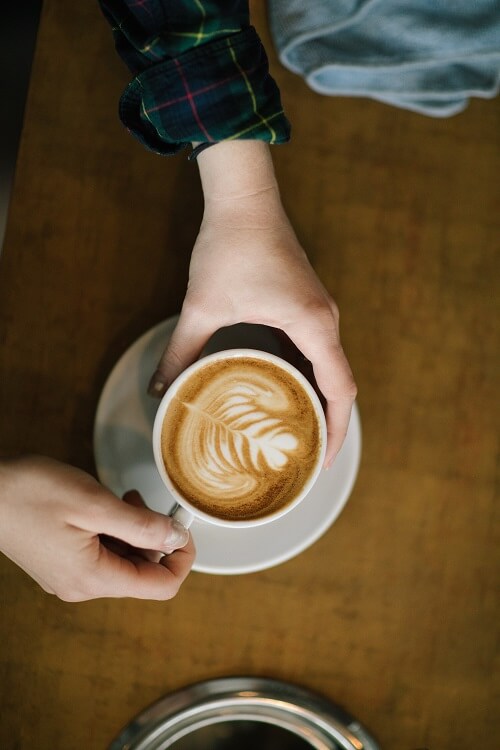 Back in 2018, Howard Schultz—the founder and executive chairman of Starbucks—said that the opportunity for vegan food was “huge.”

Schultz made the comments in Milan at the global food innovation summit Seeds and Chips.

In the U.S., Starbucks offers vegan options including the lentils and vegetable protein bowl and “Superberry Acai” breakfast. The chain may soon eliminate its dairy-free milk surcharge, following the lead of many companies, including Pret A Manger, Costa Coffee, Tim Hortons, and Panera Bread.

“As you know, alternative milk costs more than dairy,” said Roz Brewer, Starbucks’ chief operating officer, during Starbucks’ annual shareholder’s meeting. “While there’s no single factor in pricing decisions we expect costs to come down as the supply chain for plant-based options matures. And as the costs come down, we can pass this onto our customers.”