An employee at the popular data storage company Dropbox has revived a vegan employee program called “Vegbox,” turning it into a vibrant vegan meal and education platform for employees.

In a recent interview with the website VeganLeaders.com, Cole Deloye, 25, talked about how he brought the vegan program to the company.

“I view myself as a corporate professional who is vegan,” Deloye said. “I am fortunate to work at a company that encourages employees to support causes and movements openly.” 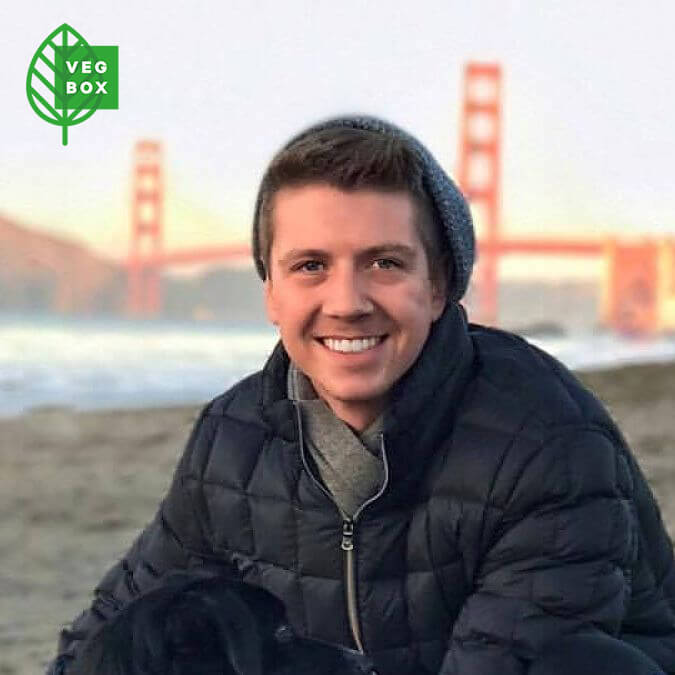 After becoming vegan for health and animal reasons, Deloye says he was compelled to become a voice for the animals. “I feel that going vegan was the best decision I’ve ever made.”

And just a month after joining Dropbox, Deloye launched Vegbox.

“I figured that discussing the environmental angle of plant-based living would attract additional people. Plus, many employees who do not describe themselves as vegan or vegetarian, or even pescatarian, should still be interested in Vegbox,” he explained.

To support the initiative, Deloye brought in vegan speakers, chefs at the Dropbox restaurant, and the head food buyer to discuss how to do it and why.

“I focused on events that would appeal to a wide employee audience,” says Deloye. “Our first event was a Wine & (vegan) Cheese Tasting with featured the founder of Miyoko’s Kitchen who generously donated lots of her artisan cheese paired with Dropbox wine. Our next two events, also food related, hosted representatives from Memphis Meats and Hampton Creek.”

Many employees have been receptive to the program, as has management. And not just for the health benefits. “In addition to reducing the costs of our in-house restaurant and snacks by dropping meat, the long-term benefits would be the overall employee health and well-being plus the social goodwill of having a lower carbon footprint and being more animal friendly,” says Deloye. “Our society is increasingly putting more social capital on animal welfare causes and all companies would benefit from advertising their support of these causes. From a recruiting standpoint, Dropbox would have appeal to candidates that care about health, sustainability and/or animal welfare.”