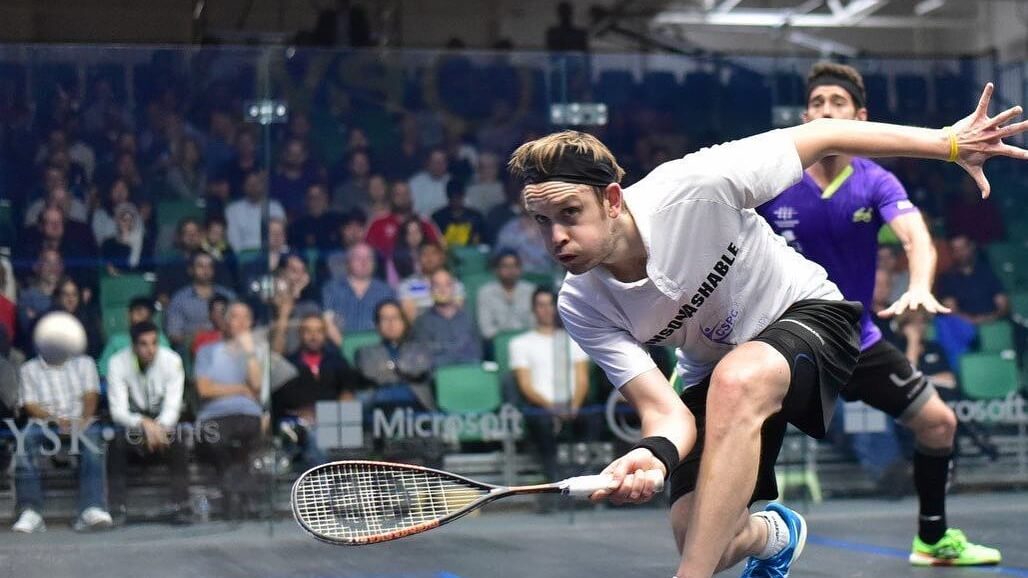 In an interview with Squash Mad, the Commonwealth gold medalist, who has performed consistently at the top of his game for over a decade, revealed veganism is of huge importance to him, for both ethical and health reasons.

“I feel like it’s clean and the fact it doesn’t rely on animals is something I like to endorse,” the 34-year-old explained. “I’ve had a lot of people question it because 10 years ago it seemed a very strange thing for an endurance athlete to be doing that. I feel very good eating that way.”

Willstrop, who doesn’t know of any other vegans in his profession, said that eating whilst traveling for work can be an issue – but it’s a problem he takes in his stride. “If I’m at a tournament and I’m in a hotel which isn’t vegetarian or vegan-friendly there’s no way I’m eating meat,” he said. “So I have to find some protein and carbohydrate and the only thing they might have is a white pasta dish so that’s what you’re left with.”

Such an honour standing alongside these guys this week. Experience gained, memories made. Thanks to all at @GC2018 . And love to everyone at @englandsr for making it all possible. ?? #TeamEngland pic.twitter.com/2iwt5Gv959

However, even if the food he’s eating isn’t quite up to nutritional standard, Willstrop maintains his vegan diet still doesn’t affect his performance. He claimed, “I’ve won tournaments where I’ve had to have a horrendous white bread sandwich. I didn’t want it but it was literally the only thing I could find.”

Despite not knowing any other vegans, the athlete maintains he has noticed a change in his fellow players’ eating habits. “I think a lot of them are trying to be cleaner,” he noted. “For instance, I’ve seen a lot of people at breakfast getting away from animal produce and dairy because the idea is that it can be a bit insecure and it’s not particularly clean.”

Willstrop isn’t the only athlete following an animal product-free diet for both ethical and health reasons. Manchester United footballer Chris Smalling recently revealed he has also switched to a plant-based lifestyle. Smalling made the decision after reducing his meat intake made him feel better physically, but also after watching a series of vegan documentaries. He told the Telegraph, “[documentaries] open your eyes a little bit in terms of different industries and that persuaded me to go full vegan.”