The new 4,500 square foot plant-based restaurant will open in Dumbo Heights, New York City, where the website – selling unique handmade and vintage items – is based.

Kenney is opening the new eatery through his California-based lifestyle company Matthew Kenney Cuisine, with Alejandro Marín del Coso, the CEO of Lamucca Company, a hospitality group based in Madrid. Dumbo Heights will be the first location of Hungry Angelina, opening in Summer 2019. In Fall, the eatery will also launch in Long Beach, California.

“Dumbo Heights is an ideal setting for our first location of Hungry Angelina, a concept designed as an all-day social environment embracing its neighbors as well as those who visit seeking a unique plant-based experience,” Kenney said in a statement. 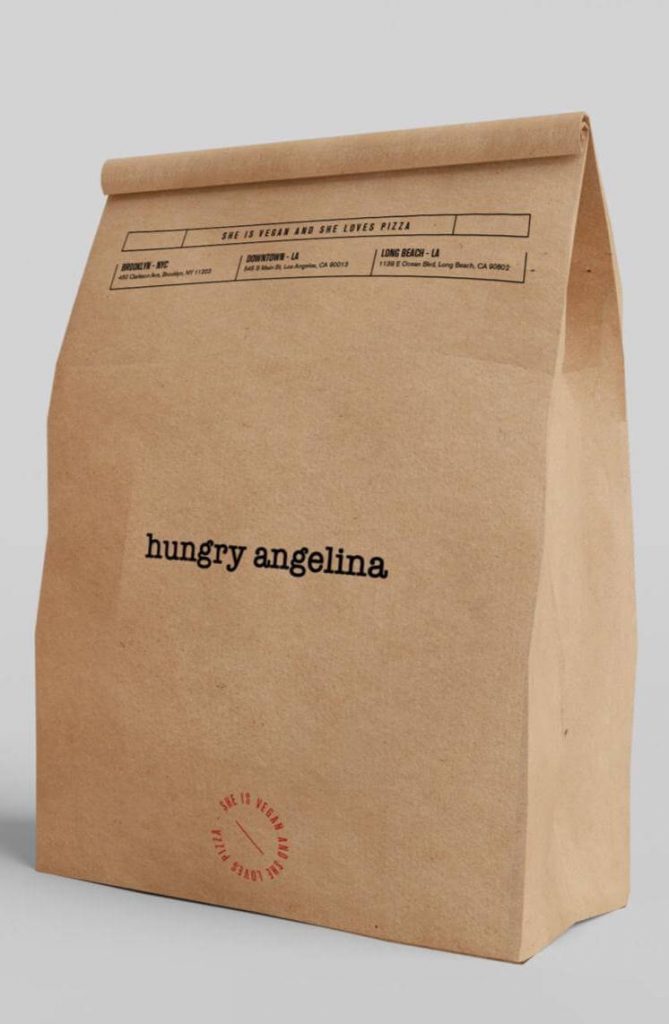 “Having personally lived in Dumbo many years ago, I could not be more excited to return to the place I experienced in the early stages of its development, which is now one of the most vibrant communities in all of New York,” he continued.

Not much has been revealed about the sort of food Hungry Angelina will offer, however, Kenney’s website reveals two pictures linked to the new concept: a beef-like burger and a takeaway bag. On the bag, “she is vegan and she loves pizza” is written, suggesting that the new restaurant will offer plant-based pizza like in Double Zero, Kenney’s vegan East Village-based pizzeria.

Along with other vegan restauranteurs like Ravi DeRossi – who also owns a string of vegan and veggie restaurants throughout the city – Kenney has helped to create a thriving plant-based food scene in New York. In addition to Double Zero and Hungry Angelina, Kenney owns a handful of other vegan eateries throughout the city, with his most recent establishment, Plant Food and Wine, opening in the East Village in October 2018.

At the end of 2018, New York City was named the best in the world for vegan food by finance website Wallet Hub. It reached the number one spot for having the highest number of restaurants with vegan options, as well as an abundance of veggie cookery classes and community gardens.