There really is no such thing as “too many vegan options” and shoppers in the Netherlands are soon to realise this: one location of the supermarket chain Jumbo Foodmarkt is adding more than 30 feet of dedicated vegan shelves.

The Jumbo Foodmarkt Groningen store, opened by Formula One driver Max Verstappen, already boasts the title of the largest supermarket in the Northern Netherlands. Now, it will also boast the nation’s largest assortment of plant-based products.

The Groningen supermarket will offer its customers 30 feet – roughly 10 meters – of plant-based product-lined cases. Half of the shelves will display a wide variety of dry grocery options – such as confectionary products, alcohol, and non-perishable cooking staples. There will also be dedicated vegan sections for refrigerated and frozen products. Many of the products, the company noted in, will be available in the Netherlands for the first time ever. 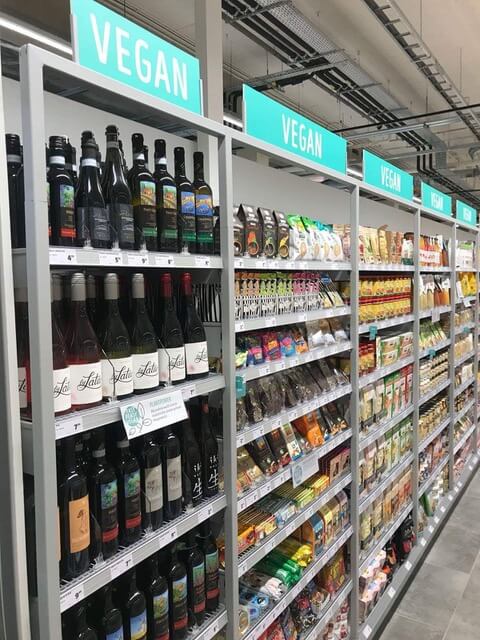 The plant-based expansion is in collaboration with Vegan XL, a commercial agent for exclusive vegan brands established in 2015, which “actively anticipates to the wish of consumers who want to consume more plant-based products.” Specifically, the company works with retail and catering companies to expand plant-based offerings. The addition of the vegan section to the store makes the Jumbo Foodmarkt Groningen the seller of the nation’s largest range of veg products in the history of the Dutch retail industry; a clear demonstration of the growing consumer interest in plant-based food.

The food industry is indeed undergoing significant change, as Dutch people increasingly choose vegan food over environmentally unsustainable, animal-derived ingredients. The government is taking action as well. In an effort to curtail climate change, last June the Dutch Parliament approved a new law that calls for the nation to reduce greenhouse gas emissions by 95 percent. The Dutch Council for Environment and Infrastructure advised the Parliament to enact new food policies to encourage consumers to embrace plant-based protein.

Currently, the Dutch Association for Veganism believes that there are 120,000 vegans in the Netherlands; the Vegetarian Union claims that there are also over 700,000 vegetarians; a significant 67% of the population is flexitarian. Vegan XL specifically notes that this dietary shift is influenced by a range of factors, most particularly including awareness of ecological footprints, health, and animal welfare.