Animal rights supporter and Harry Potter star, Evanna Lynch announced earlier this year that she will host a podcast with a group of vegan friends with the aim to inspire her young fanbase to go vegan.

Lynch’s podcast, named “The ChickPeeps” will also be run alongside her three co-hosts which include ocean conservation enthusiast Momoko Hill, vegan actor and fitness enthusiast Robbie Jarvis, and a fellow vegan activist Tylor Starr (who is also co-founder of animal-rights organization The Fantastic Beasts Foundation)

“I feel like we just have a good mix of voices there,” Lynch tells VegNews, “and they’re all really nice people as well, which was important to me.”  The star said she was driven to start the podcast as a way to help her fanbase to see through the myth that veganism is “radical and extreme”.

“I was vegetarian and would speak about the ethics of it, and then I realized the inconsistencies of it because people were asking, ‘Why aren’t you vegan?’” Lynch says. “I think there was a lot of pressure just to know everything, and I felt really overwhelmed.” 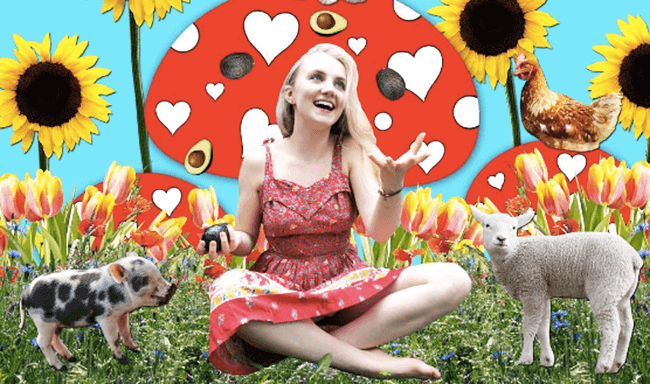 The ChickPeeps will be comprised of interviews and explore commonly asked questions and topics from new or potential vegans in addition to more complex issues such as the perceived overlap between veganism and eating disorders. “I just want to get people together and have these conversations, and learn as we go,” Lynch said. “I still have a lot of questions I haven’t fully investigated, and the podcast gives me the opportunity to do that.”

Lynch intends to have five episodes before the show’s launch this month and hopes at which point the podcast might become a weekly series.