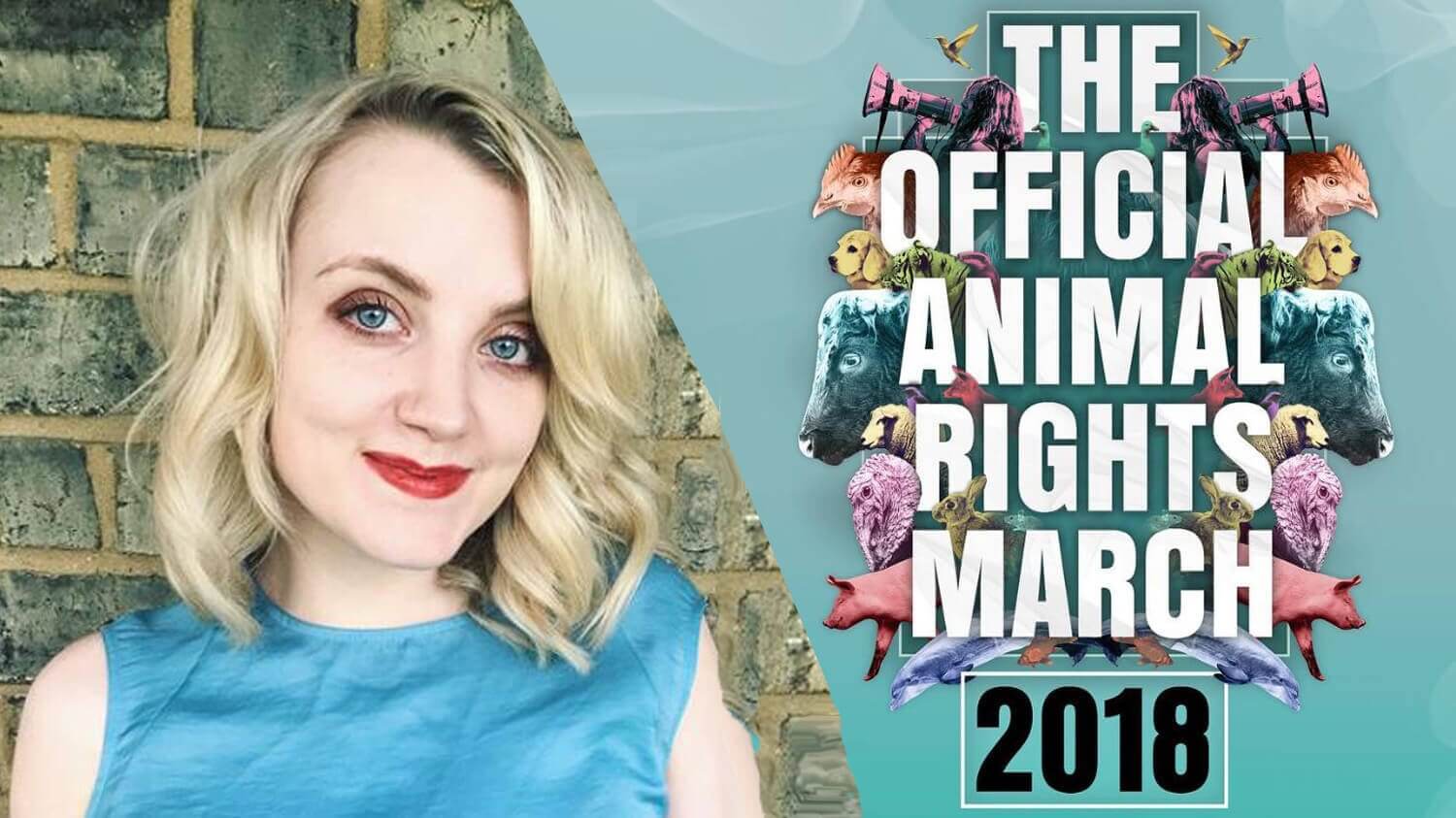 Organized by the UK animal rights group Surge, the annual “Official Animal Rights March,” which is due to take place this weekend, will also feature other guest speakers including the activist Earthling Ed. According to the event’s website, “the purpose of the march is to unite the vegan community globally and to inspire vegans to become active.”

Around the world, in cities such as Amsterdam, Asheville, Berlin, Copenhagen, Los Angeles, Melbourne, and Manila, marches will be taking place simultaneously to “demand an end to animal oppression.”

In 2016, London’s animal rights march attracted around 2,500 people, and in 2017, this doubled to 5,000. This year, Surge is hoping for a bigger turnout than ever before. On its Facebook event page it asks: “invite your friends, tell every vegan you meet, this is the day that we unite, where we stand up, rise up and say no more, not in our name.”

As a celebrity, Lynch often uses her platform to promote compassion towards animals, appearing at events and marches around the world. Later this year, the actor, famous for her portrayal of Luna Lovegood in the “Harry Potter” film series, will speak at the Reducetarian Summit in Los Angeles.

“Lynch’s commitment will help inspire a new era of advocates working to advance our shared mission for a compassionate, sustainable, and healthy world,” said Brian Kateman, the president of the Reducetarian Foundation in May.

As well as eating habits, the “Chickpeeps” podcast host is also keen to change the way people perceive animals in the tourist industry. Joining up with UK newspaper The Sun, the actor recently took a trip to India to find out about elephant exploitation in the country. “I have been so shocked,” she said in an article for the paper. “We saw one elephant chained up – it couldn’t move at all.”

She continued, “when people who have ridden elephants in the or visited these places see this article, I don’t want them to feel guilty – they were misled by the irresponsible tourist industry. What we need to do is to put that guilt into action and not visit these places in future.”