There’s never been a better time to step away from dairy and embrace plant-based milk, aka “the future of milk.” The options for plant milk are abundant, with an option that caters to every possible allergy or sensitivity.

From nut milks to grain and seed milk to soy milks, here is every dairy-free milk (that we know of) explained, and ranked. 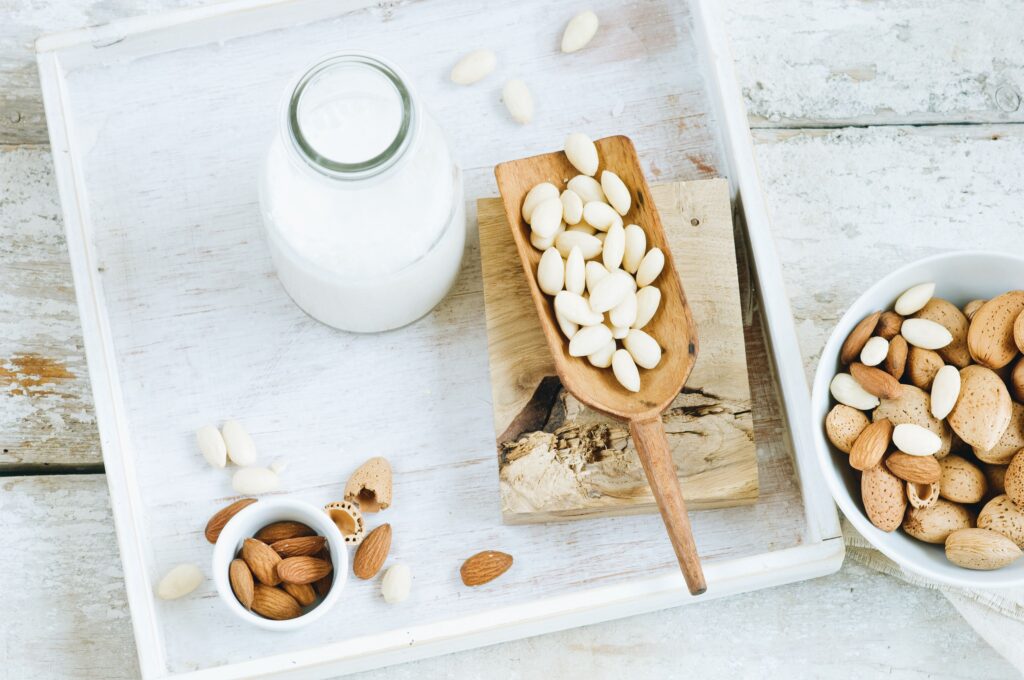 Almond milk is in most supermarkets, but it’s also easy to make at home. This dairy-free option is a great source of vitamin E and lower in calories than cow’s milk. One cup of unsweetened almond milk contains 30 to 60 calories, while one cup of 1% fat cow’s milk is 103 calories.

Almond milk doesn’t provide the same nutritional benefits as eating almonds, however. Almond skins — where the fiber and antioxidants are —are removed before the almonds are soaked in water and blended to make milk. Fortunately, there are plenty of almond milks out there that are fortified with vitamins, including calcium. For example, Silk Unsweet Almond contains 30 percent of the daily value of calcium. 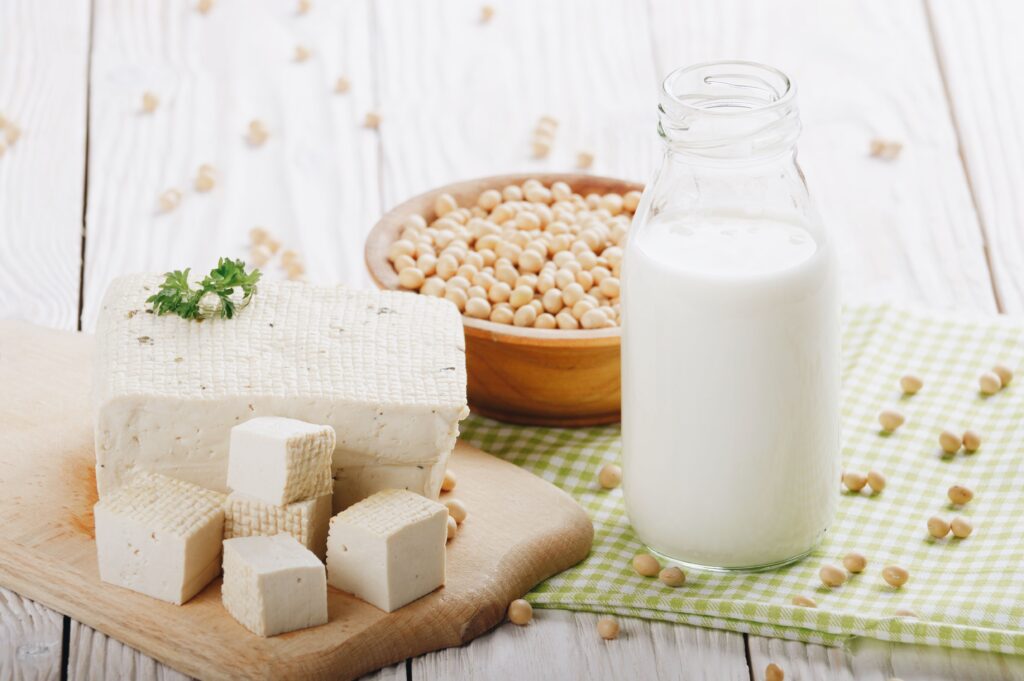 Soy milk can be found in supermarkets or made at home. Soy milk, a favorite for latte lovers for its amazing ability to froth, has a similar level of protein to cow’s milk, but it’s low in saturated fat and has no cholesterol. Similar to almond milk, commercial soy milk often has added nutrients so you get more bang for your buck. Silk’s Unsweet Organic Soy contains 20 percent of the daily value of calcium. You’ll also want to watch out for added sugars. 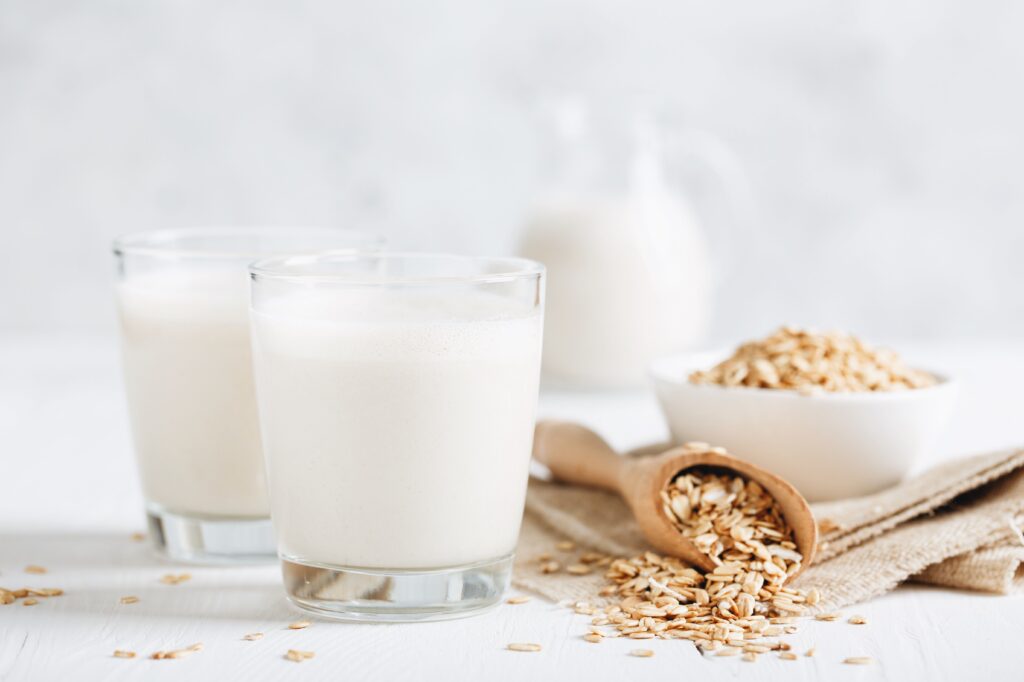 Oat milk has risen in popularity in recent years.

Oak milk has exploded onto the scene in recent years due to its comparatively mild flavor. Similar to almonds and almond milk, oat milk doesn’t contain the same amount of nutrients as if you had a bowl of overnight oats. But it’s a decent source of fiber, and oat milk is often when fortified with calcium (Califia Farms’ Unsweetened Barista Blend contains 20 percent of the daily value of calcium) and vitamin D, too.

Oat milk is also a great choice for anyone with lactose intolerance or a soy allergy. Oat milk has become a favorite of coffee chains around the globe, and for you bakers, there’s even condensed oat milk in the UK! 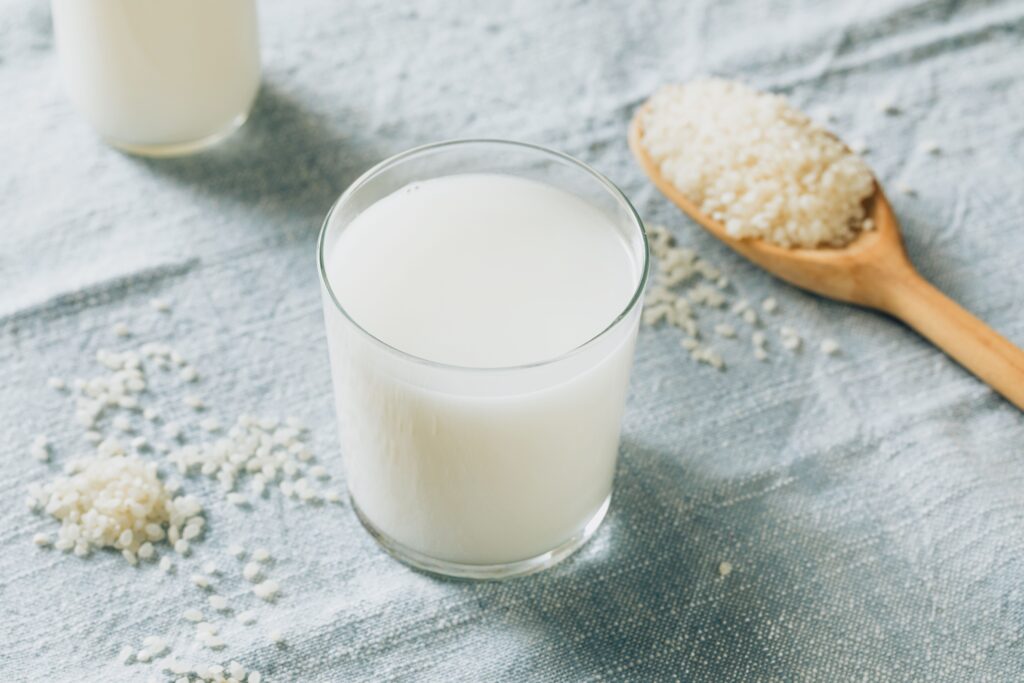 Rice milk can be made from white or brown rice. | iStock

Rice milk can be pretty flavorless, which is a good thing if you want it to take a backseat in your cup of dark roast! It can be made from white or brown rice, and like other non-dairy milks, it’s often fortified with nutrients. Kirkland’s Signature Organic Rice Milk contains 25 percent of the daily value of calcium.

Rice milk has more carbohydrates than other milks and less protein. Diabetics should know it has a high glycemic index, which means that it can raise blood sugar rapidly. But rice milk is your most hypoallergenic option: it’s dairy-, gluten-, soy- and nut-free. 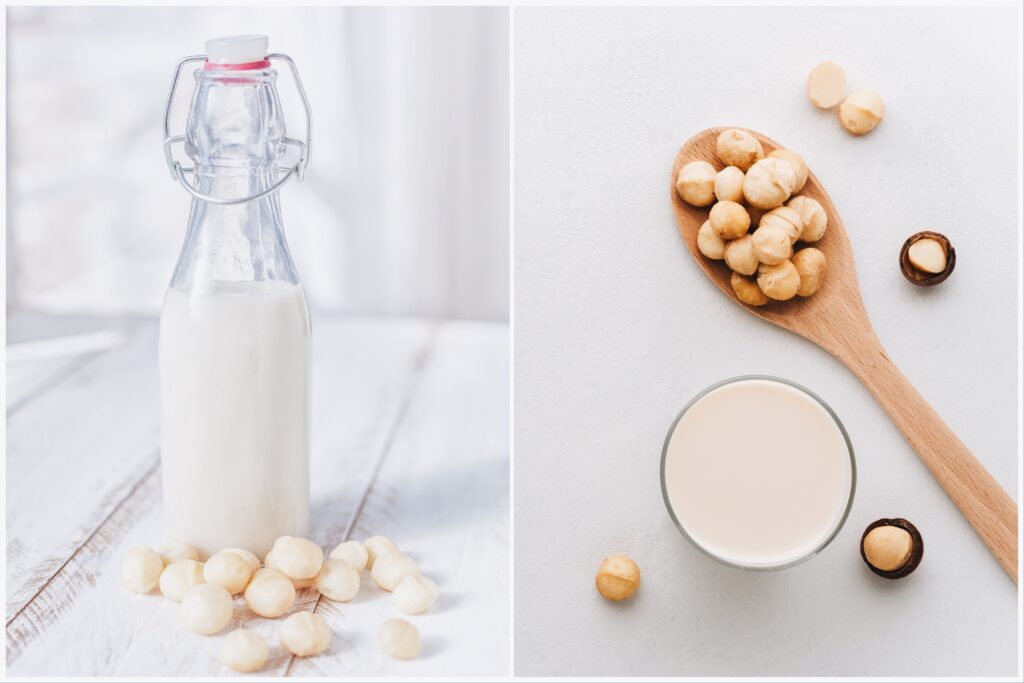 Macadamias are a buttery-tasting nut originally from Australia and they’re a popular ingredient in baked goods. The food website Food52 calls macadamia milk, “richer and more decadent than almond milk,” so perhaps you can save this delicious milk for special occasions. It’s higher in fat than many plant-based milks (4-5 grams of fat, compared with 4.5 grams for almond milk) and one cup has 50-70 calories. Like other plant-based milks, it’s often fortified with calcium. Milkadamia Unsweetened, for example, contains 30 percent of the daily value of calcium. 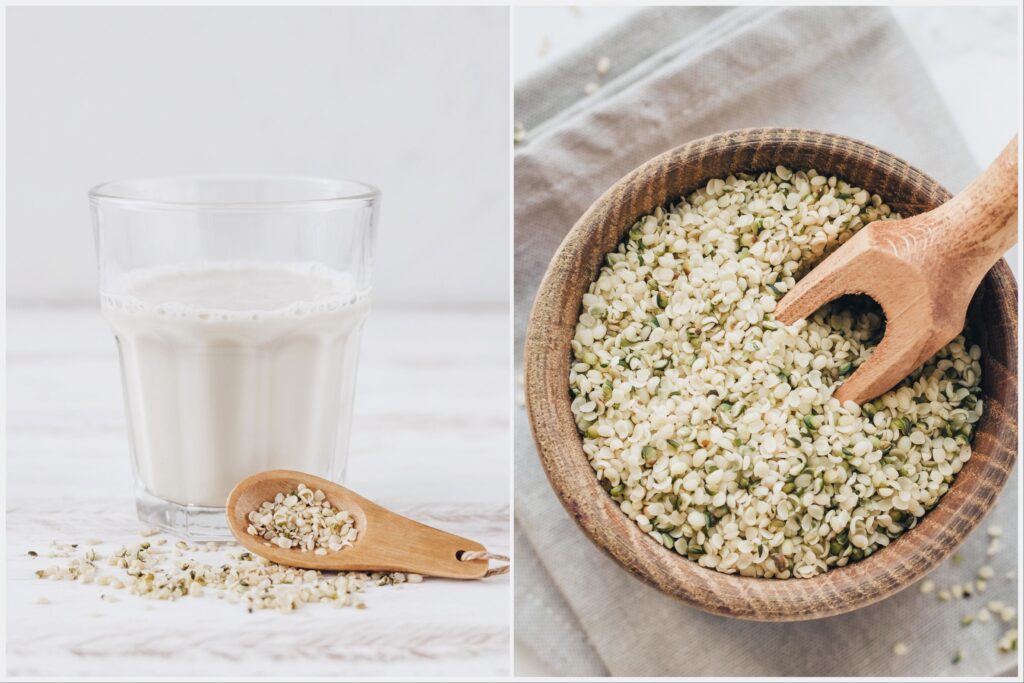 While derived from the cannabis plant, hemp doesn’t contain the psychoactive component THC, the psychedelic compound found in marijuana. Hemp seeds have a ton of uses, including hemp flour, margarine, and — the reason why we’re here — hemp milk. Hemp milk is creamy and tastes nutty.

One cup of hemp milk contains 83 calories — more than almond milk but less than cow’s milk. Fans tout its fatty acids (omega-3 and omega-6), which is crucial if you’re trying to remove fish from your diet. And it’s usually fortified with calcium. (Pacific Foods Original Hemp Milk contains 30 percent of the daily value of calcium.) It’s gluten-, nut-, soy- and dairy-free, which makes it a good choice for those with allergies. 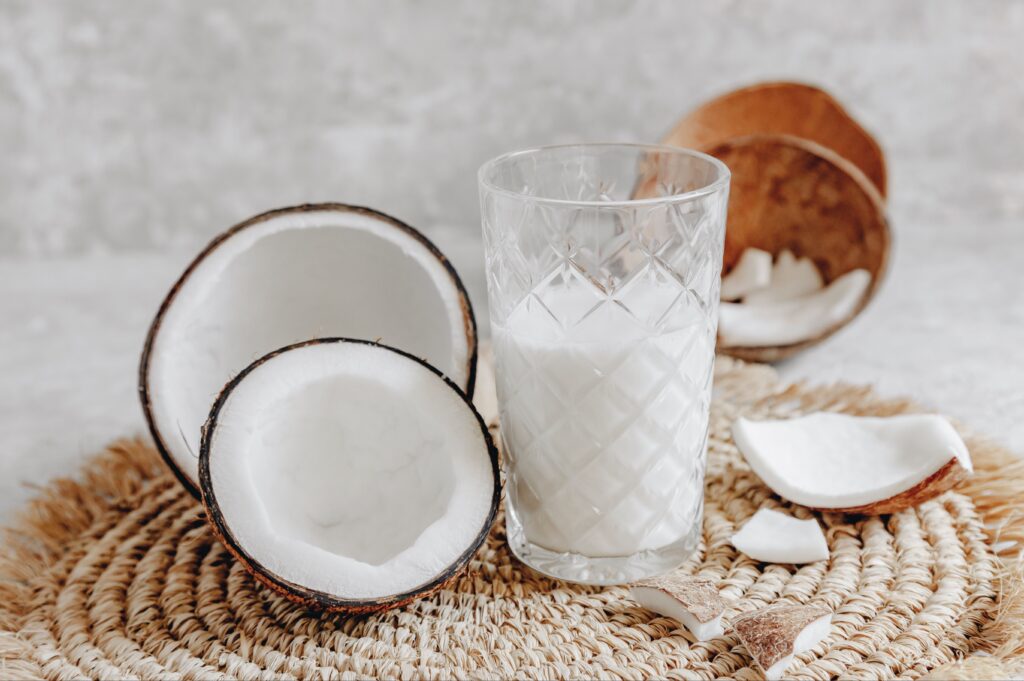 Coconut milk is the basis of tons of soups, curries, and stews thanks to its delicious flavor and creamy texture. Coconut milk is high in fat — 552 calories per cup — but you can also buy “lite” coconut milk for a less caloric option. While there is some dispute about whether coconut milk is heart-healthy, it’s got other things going for it nutritionally.

Coconut milk contains lauric acid, which may boost the immune system, and medium-chain fatty acids, which might aid in weight loss. But, it usually contains less calcium — So Delicious Unsweetened Coconutmilk contains just 10 percent of the daily value. 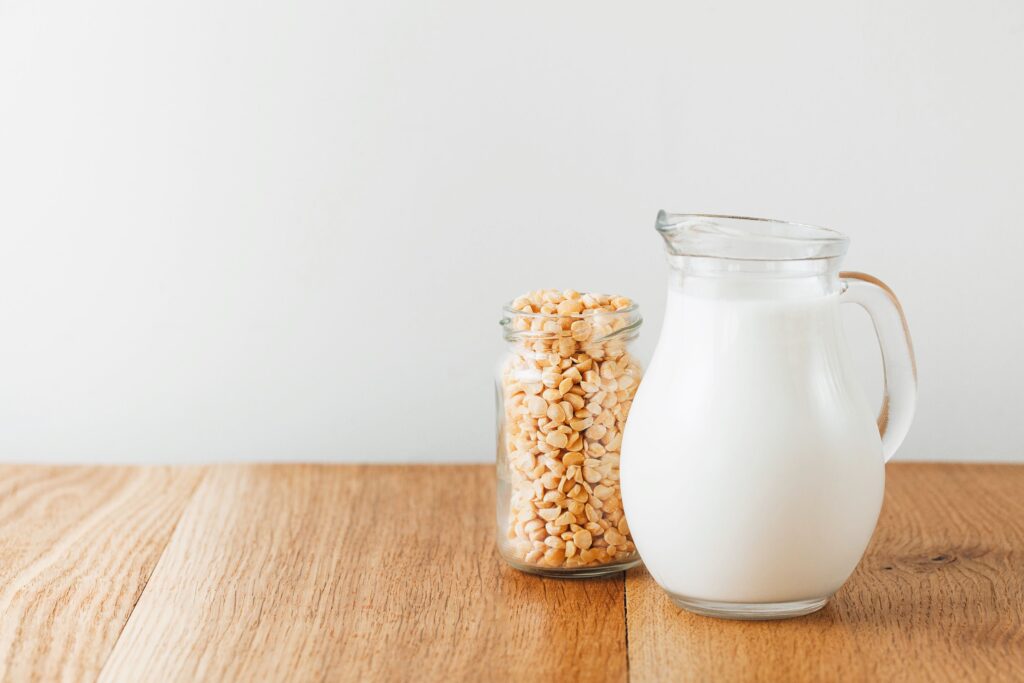 You may have heard of pea protein before if you’re big into smoothies, but have you heard of pea milk? Made from the protein of yellow split peas, pea milk contains anywhere from 8 to 16 grams of protein per serving. (Even though pea milk doesn’t taste like peas, you may find it branded as “plant protein milk” because marketers decided that sounds less strange.) It may also be fortified with calcium. For example, Ripple contains 35 percent of the daily value of calcium.

Pea milk is soy-, dairy-, gluten- and nut-free, making it another great option if allergies are a concern. 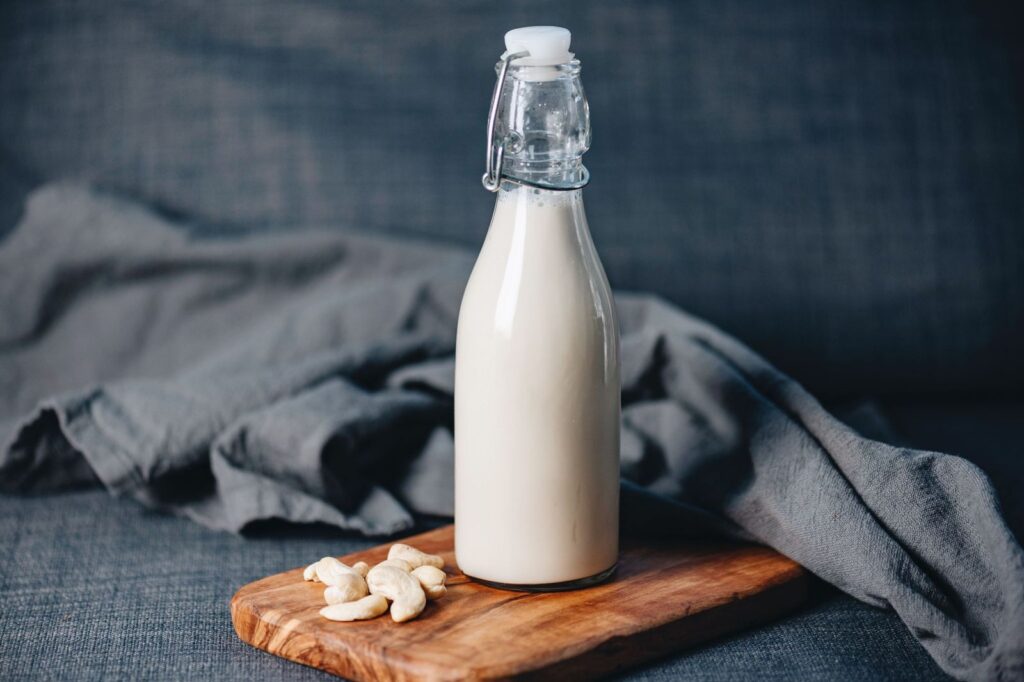 Surely you’ve heard about cashew cream sauce — it’s a must for plant-based pastas. But don’t sleep on cashew milk, another derivation of the humble cashew. Cashew milk is low in calories (25 calories per unsweetened cup) and it’s a great source of vitamin E. But it’s also low in protein compared to other nut milks and the sweetened versions, like other plant-based milks, can have added sugars. It’s also not the best source of calcium; Elmhurst Milked Cashews contains just 2 percent of the daily value of calcium. 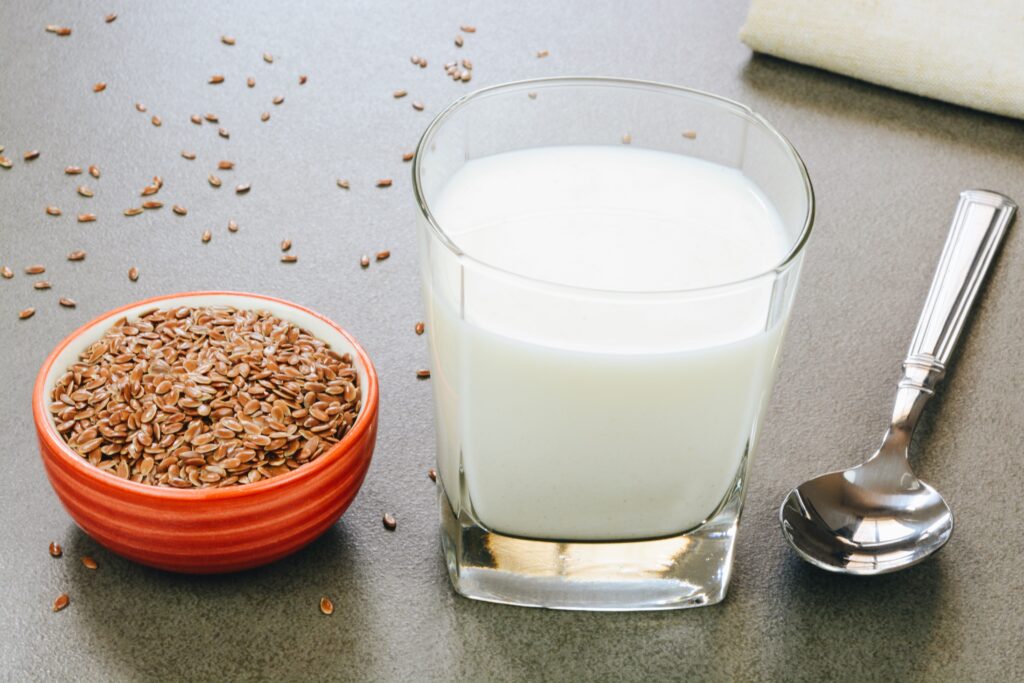 Flaxseed milk is a good source of omega-3. | iStock

Flaxseed, also known as linseed, is a tiny seed from the flax plant. Flaxseed milk is one of the best plant-based sources for omega-3 fatty acids, and contains both soluble and insoluble fiber, which helps with digestion. And as for calcium, Good Karma Flaxmilk contains 30 percent of the daily value of calcium.

It has a sweet, nutty flavor that’s a little bit nutty and slightly toastier than almond milk. Flaxseed milk is nut-, dairy-, gluten- and soy-free, so it’s a good choice if allergies are a concern.

Quinoa … milk? You read that right. The quick-cooking seed (yes, quinoa is a seed — despite being considered a whole grain) can be made into a gluten-free milk with a slightly nutty flavor. Quinoa milk is comparatively low in protein (2.6 grams per cup) compared to other plant-based milks, but it’s a decent source of fiber. As far as calcium goes, a serving of Suzie’s Unsweetened Quinoamilk contains 30 percent of the daily value of calcium.