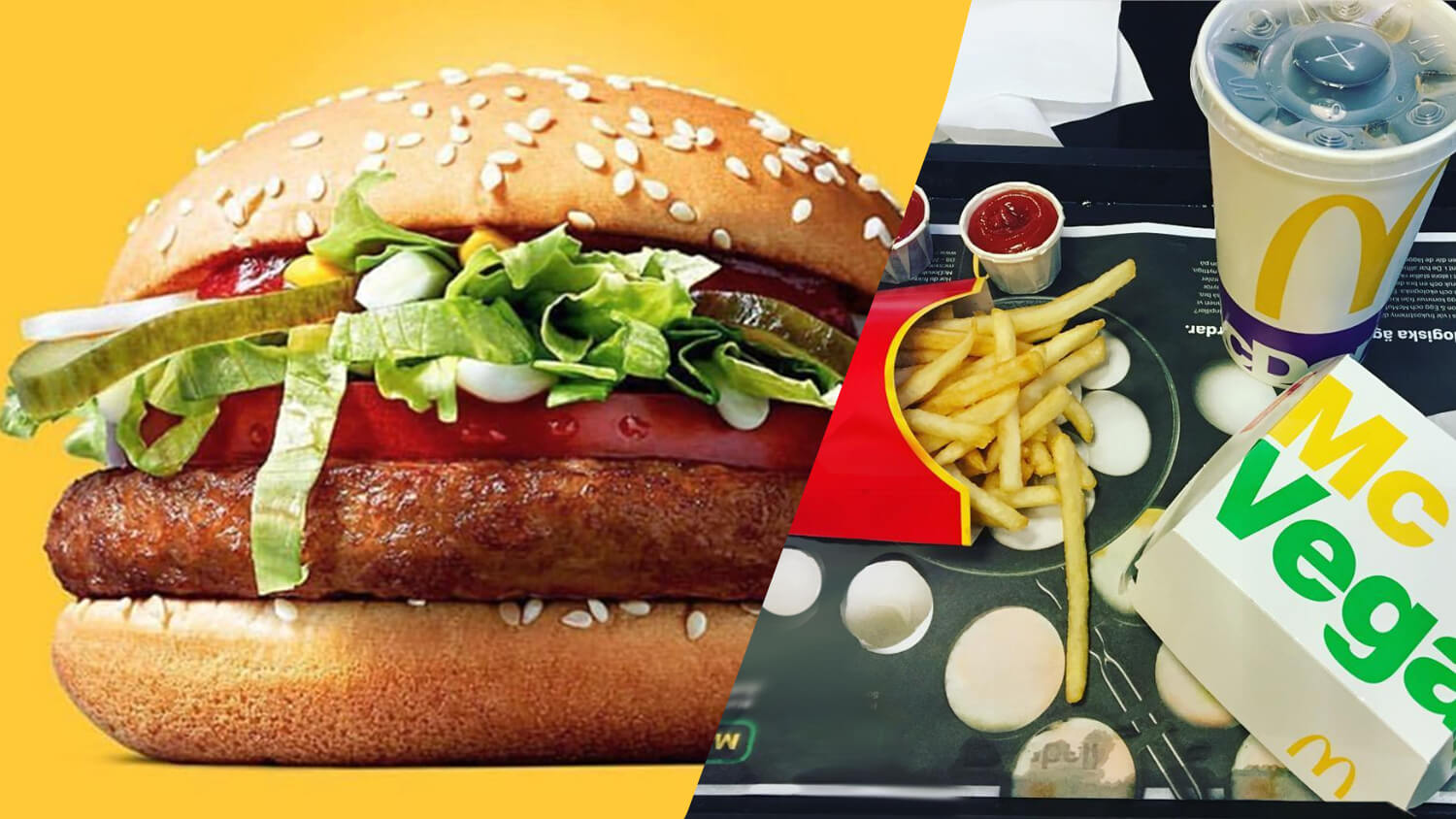 Since its launch last December, the McVegan has become a runaway hit in Sweden and Finland for the world’s biggest fast-food restaurant chain. While the meat-and seafood-heavy regions may seem like unlikely markets for McDonald’s to launch a vegan burger, that hasn’t been the case. There are twice as many vegans in Sweden per capita than in the UK, where the diet is so popular supermarket chain Tesco sold more than four million ready vegan meals under its Wicked Kitchen line in just eight months. And according to Karl-Johan Freelander, product developer at Orkla, which manufacturers the vegan patty for McDonald’s, they chose the best possible spot to launch the burger.

McDonald’s, like a number of brands making and selling vegan products, is targeting the much-coveted and unpredictable flexitarian consumer with its vegan burger. The customer seeking to balance her protein choices like she does her milk options, makes up a much larger demographic than the vegan market. And for flexitarians, the shift away from meat often has nothing to do with how it tastes. It’s a health move either as a preventative or response to health crisis; it may also be a motivation to do better for the planet, particularly in the Netherlands.

So, Orkla wanted to make sure that the target customers weren’t turned off by bland or dry veggie burgers.

“When you have meat as a base, the meat itself has a taste,” Freelander told the BBC. “When it comes to soy protein, the little taste it has… it’s not a very pleasant taste to be honest.”

Orkla appeared to find the sweet spot — with the flexitarian set wanting the taste and texture of a beef burger but open to it not coming from an animal at all. According to Freelander, the “secret” came through meat-like color by way of tomato powder, flavor from onions and peppers, and finding the umami balance from mushroom powder.

“It’s the flavour of the savoury,” he says.

According to Camilla Björkbom of the Association of Animal Rights, sales of vegan products have “exploded,” and interest in vegan food in the region is on the rise, due in some part to the McVegan’s mainstream success.

“It is a very positive trend for the animals, where we can see that more and more people choose [vegan] more or less regularly,” she told the BBC,  “but without necessarily defining themselves as vegetarian or vegan.”

Now, building on the success of the McVegan, Food Ingredients First reports that the fast-food giant will launch the McChicken Veggie and the Homestyle Crispy Chicken Veggie across the Netherlands. The vegetarian chicken patties are a blend of “dairy, seaweed and fiber substitute,” the outlet notes — a move that may pique the curiosity of flexitarians, but for now, at least, will restrict vegans to the McVegan. But if sales of the sandwich are any indicator, they don’t seem to mind.