The move follows a decade of anti-animal skin campaigns by animal rights organization People for the Ethical Treatment of Animals (PETA).

“PETA is toasting Tommy Hilfiger for banning exotic-animal skins from his collections,” Dan Mathews, the group’s senior vice president said in a release. He continued: “Behind every crocodile-skin or snakeskin item is an animal who experienced a violent, bloody death.”

The organization has documented animal cruelty within the exotic animal skins industry.

PETA exposed workers hacking open the necks of alligators and shoving metal rods into their heads. In order to loosen the skin on snakes, they are pumped full of water. The skin is then peeled off. While this is happening, sometimes the snakes are still conscious.

But Mathews explained that, in addition to being cruel and unnecessary, “the capture, confinement, and slaughter of wild animals is what spawns pandemics like the one we’re all suffering through now.”

The exotic skins industry typically raises wild animals in squalid, overcrowded conditions similar to those commonly found in live animal markets. Experts have connected the Huanan Seafood Wholesale Market in Wuhan, China, a wet market with a section for live animals, with some of the earliest cases of the coronavirus. However, there is currently no concrete evidence that proves COVID-19 originated in this market.

PVH Corp. told PETA that the decision to ditch exotic animal skins is part of its “long-term strategy to drive fashion forward for good.” 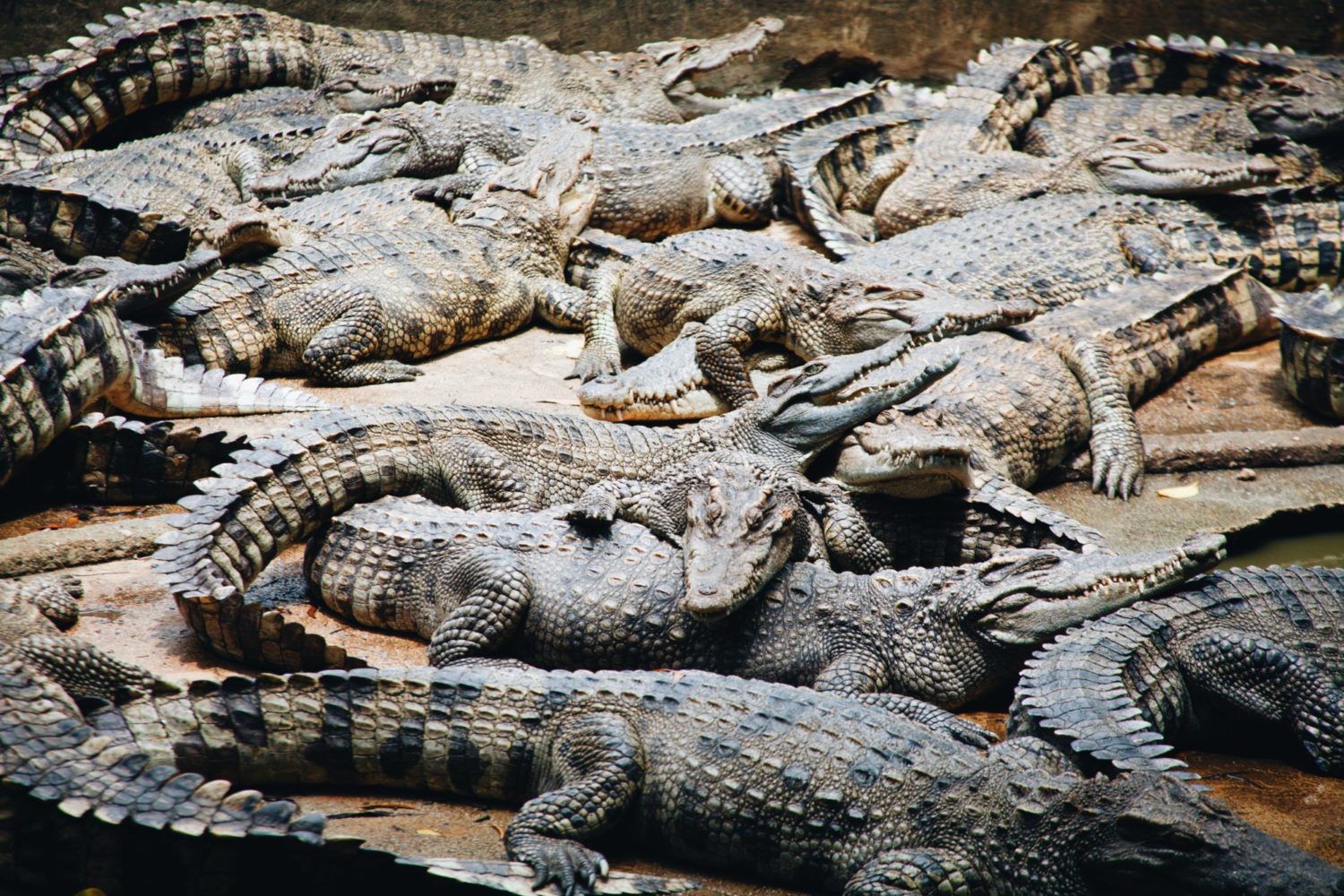 Animal rights groups like PETA say the exotic animal skins industry is “cruel and unnecessary.” | Will Mu via Pexels

The Future of Fashion: Cruelty-Free?

The ban sets a major precedent for other fashion brands to eliminate exotic skins from their labels.

A number of companies have already made the move, including Chanel, Hugo Boss, Vivienne Westwood, and Mulberry.

Many brands have also embraced vegan fashion, including PVH Corp.’s Tommy Hilfiger. Vegan Formula One racing champ Lewis Hamilton partnered with the brand in 2018. The duo launched their first collaboration that fall. Dubbed TommyxLewis, the streetwear line featured a range of vegan shoes and clothing items.

Hamilton has worked with the clothing brand over the last five seasons. They just dropped their latest collection on September 15. “Our new TommyxLewis collection embodies everything we stand for—from authentic self-expression to inclusivity and sustainability,” Hamilton wrote on Instagram.