A new film aims to unearth the secrets of Canada’s fur trade. “The Farm In My Backyard” holds a magnifying glass to the environmental and animal welfare concerns of fur production in Nova Scotia.

Canadian photojournalist Jo-Anne McArthur made it her mission to tell the story of the world’s “invisible animals” in 2003 when she launched the We Animals Media project. We Animals uses photography, journalism, and filmmaking to bring the animals in the background into the spotlight.

These are the animals we “have a close relationship with, and yet fail to see or consider in our lives,” McArthur tells LIVEKINDLY. “They are the animals we eat, wear, test on, and use for entertainment, work, and religious sacrifice. There is a lot of attention paid to wildlife and to companion animals, but not to these other animals.”

“The We Animals project was born of necessity,” McArthur says. “The more I thought about it, the more I felt absolutely compelled to capture and tell their stories.”

McArthur has traveled to nearly 60 countries to document animals in zoos, factory farms, puppy mills, and circuses. In 2013, she was the subject of Liz Marshall’s award-winning documentary “The Ghosts in Our Machine.” In 2014, she published her first book, “We Animals.” 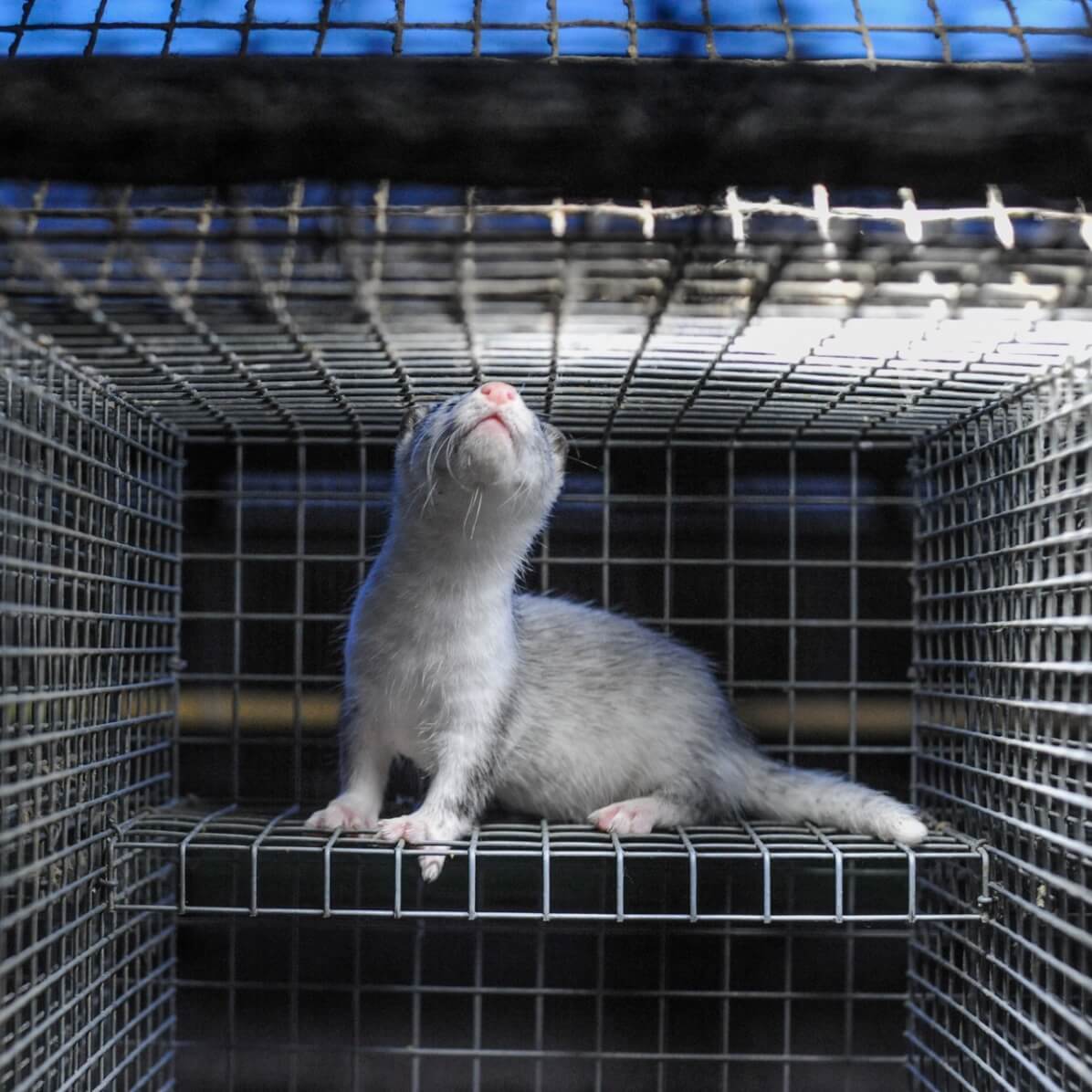 ‘The Farm In My Backyard’

In the same year, the We Animals team joined forces with several Canadian NGOs and LUSH Cosmetics to document Canada’s fur trade. It was during this trip that the #makefurhistory campaign was born. The team journeyed across British Columbia, Ontario, Quebec, and Nova Scotia and it was here that the idea for “The Farm In My Backyard” came to life.

“What struck us in Nova Scotia was that the local people were so openly enraged about the polluting effects of the fur industry, and were willing to go on camera to speak to this,” McArthur explains.

Nova Scotia is the second-smallest province in Canada. It’s home to 924,000 residents and 116 mink farms. Some farms have more than 250,000 mink. “Millions of these animals produce tonnes of waste that is leached into the ground, improperly disposed, and often runs off into nearby waterways, causing algae blooms that deprive rivers and lakes of oxygen and nutrients, making these waterways toxic and uninhabitable,” McArthur says. 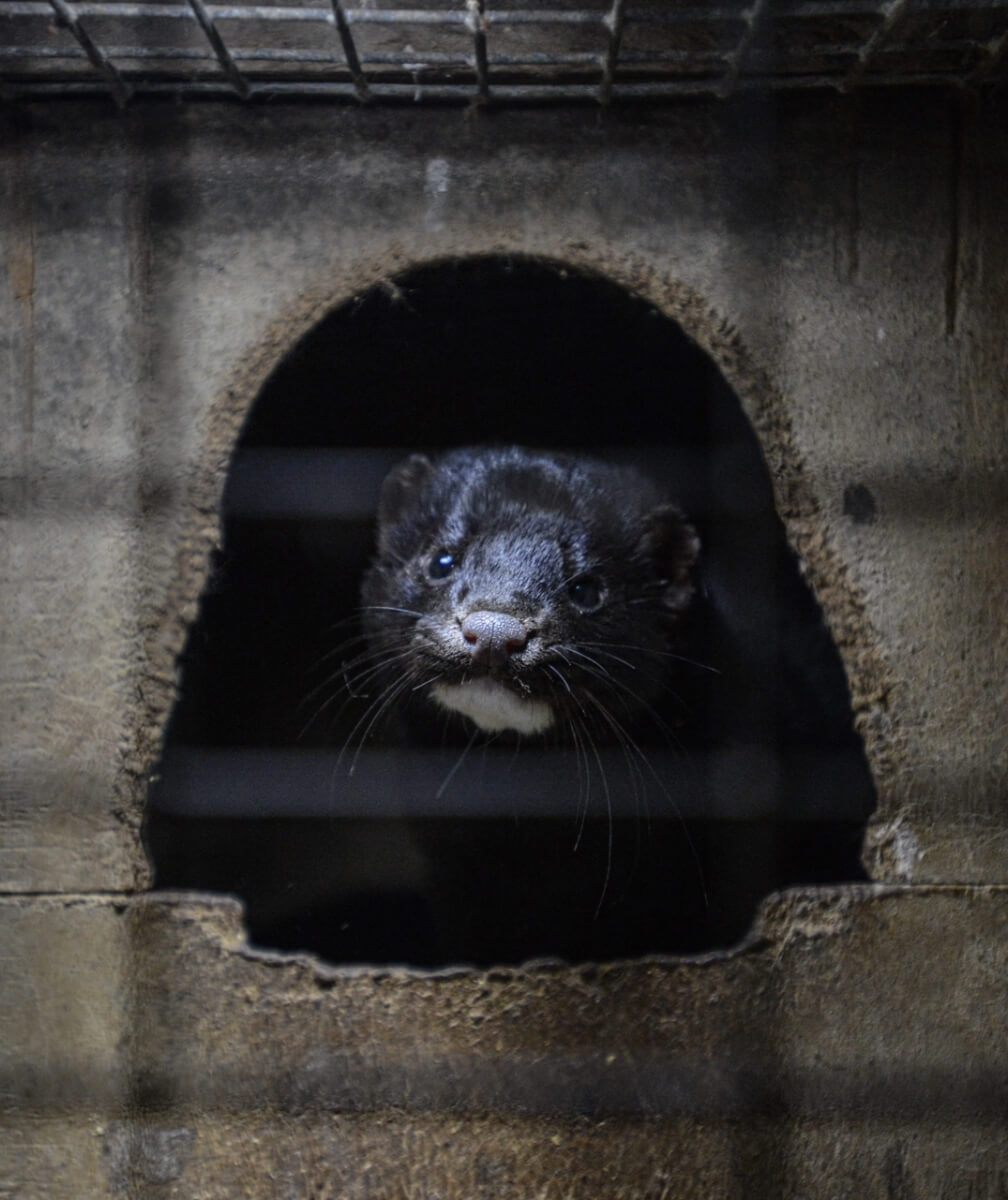 ‘Deleterious Effects on the Environment’

This fills bodies of water with slime and turns them green. Mink farmworkers add phosphorous to the animals’ feed to increase their appetite. This phosphorous ends up in waterways and causes blue-green algae to grow in the water. Blue-green algae blooms can cause skin and eye irritations, gastrointestinal illness, and flu-like symptoms. They can also cause more serious issues like seizures, liver failure, and death.

Blue-green algae can also kill fish, wildlife, livestock, and domestic animals and lead to the closure of drinking water storages.

“Animal industries have deleterious effects on the environment, on our health and, it goes without saying, that cruelty towards the animals who are commodified is inherent,” McArthur says. “Animal advocacy does not — and should not — exist in its own bubble,” she said. “It overlaps with environmental issues, labor rights, human rights, water rights.”

“The Farm in My Backyard” doesn’t ignore these issues. Instead, McArthur (photography), Karol Orzechowski (cinematography), and Kelly Guerin (editing) tackle the issues head-on, placing them at the foreground of the story. McArthur hopes that fact will help more people connect to the film. “It’s our contribution to the conversation about animal cruelty, pollution, and our health.”

Secrets of the Fur Trade

The short film could help expose more people to the reality of the industry. “The fur industry seems to have endless money to put behind marketing, greenwashing, and reinventing itself. Sometimes people don’t even know they’re wearing fur,” McArthur says.

It’s an issue that has been discussed more and more in recent years. A campaign launched by LUSH Cosmetics and Humane Society International (HSI) — called #WhatTheFur?! –looked into the huge amount of animal fur sold as faux in the UK. A 2016 YouGov poll found that nine out of 10 Brits found it “unacceptable” to buy or sell fur. Yet, that same year, the UK imported £55,614,501 worth of animal fur, according to HM Revenue and Customs.

According to McArthur, some people aren’t aware that animals are killed for things like fur trim. “I think it just doesn’t occur to people,” she says. The photographer added that the “details of the lives of the animals” largely go untold. “I say that as a front-liner of course, who has witnessed so much suffering,” she says.

“I don’t know how known it is that animals are gassed and anally electrocuted to death for their fur,” she explains. “Much like mothers in a puppy mill, the females are bred over and over, only to have their kits and cubs taken away.”

“Activists have been campaigning hard against the fur industry for decades now,” McArthur adds. “It can be disheartening that the industry is still thriving, at least in some countries,”

However, attitudes are changing. Fur farming has been banned in the Netherlands, Slovakia, Czech Republic, and Belgium, to name a few. In October, California became the first state in the U.S. to ban the sale of fur.

Even fashion labels are changing their tunes. Prada, Gucci, Versace, Burberry, Chanel, and Diane von Furstenberg have all ditched fur from their collections. Earlier this month, Queen Elizabeth II announced she would only wear faux fur from here on in.

McArthur states: “We need to keep pushing in these directions: changing policy, pressuring corporations, and educating the public. The latter is what we are doing with our film, but our scope is much wider than that as well, I’m proud to say.”

“The investigative work I’ve done into fur farms not only in Canada but worldwide has helped influence policy and corporate change worldwide. Our work is visual ammunition; it is proof,” she says.

Eager to hold onto its momentum, We Animals now offers an animal advocacy photojournalism masterclass. “The goal of the masterclass is to impart the knowledge I’ve gained – through painstaking trial and error! – so that not everyone has to start from scratch as I did,” McArthur says. “We want a lot more savvy media makers out there in the world. So this is going to be a great tool for the animal advocacy movement, and for journalists and photographers alike, who wish to cover more animal stories.” 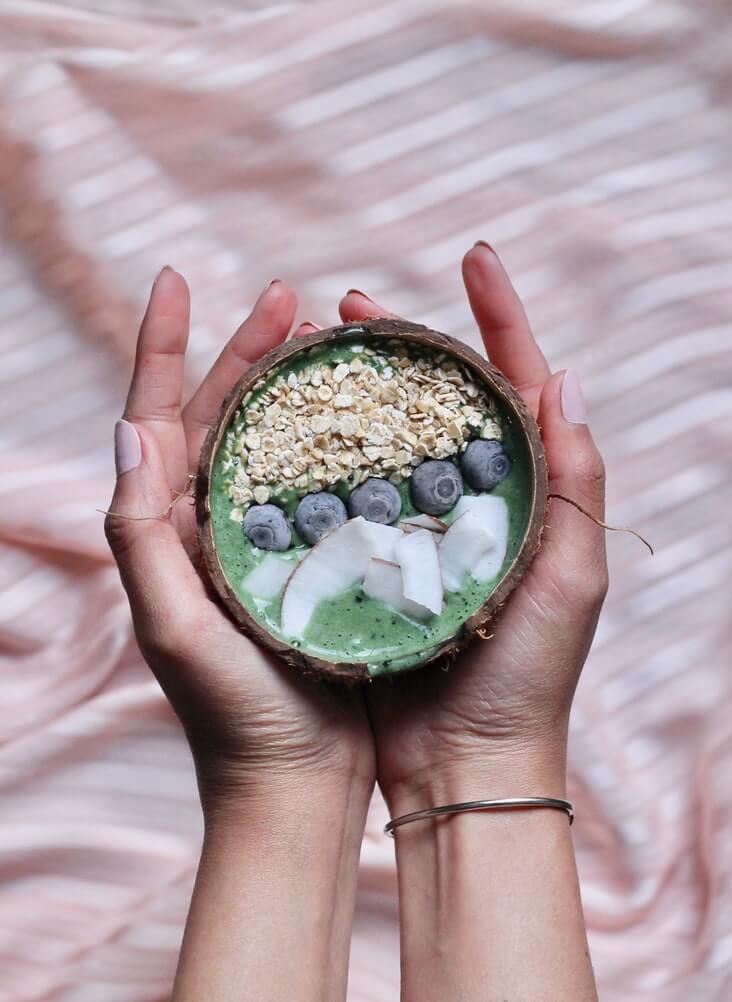 Jo-Anne McArthur said eating vegan helps her align her actions with her beliefs.

McArthur’s commitment to honoring animals and their rights found its way on to her plate, too. The photojournalist had been a vegetarian for some time but found veganism to be too extreme. But when she began interning at Farm Sanctuary’s shelter in New York, she was required to abstain from eating animal products as part of the non-profit’s policy.

“I figured I would go back to being vegetarian afterward. After being vegan for 24 hours at the Farm, not having harmed anyone, I felt spiritually and intellectually aligned with my beliefs, and I knew I wouldn’t be returning to vegetarianism,” McArthur explains. “I thought that veganism would be a tough path, but it turned out not to be.”

Vegans have “endless options” when it comes to food, McArthur says, adding that it’s a “joyful and delicious path to take.”

McArthur nods at a quote from Pam Ahern, who founded Edgar’s Mission sanctuary in Australia: “If we could live happy and healthy lives without harming others, why wouldn’t we?”