Hospitals in East Lancashire launched an “extensive vegan menu,” the Lancashire Telegraph reported. The changes were made as part of a campaign by The Vegan Society to improve vegan menu offerings in the public sector.

The campaign was launched on NHS Sustainability Day to “ensure the needs of vegans are met in public sector institutions, and that more vegan options are served on public sector menus,” the Lancashire Telegraph wrote.

The society is urging government bodies to better cater to the growing vegan population. East Lancashire is “ahead of the curve,” according to the Lancashire Telegraph, with its menu that includes quinoa with stir-fried vegetables and Cajun-spiced vegetable bean burgers. The hospitals also have intentions to expand vegan options even further.

Tim Radcliff, catering managing for East Lancashire Hospitals Trust, told the Lancashire Telegraph that a range of in-house prepared vegan salads is set to arrive “in the near future.” According to Radcliff, the salads have been “successfully trialled” and will include a roast cauliflower salad; a chickpea, nut, and cranberry salad; and a falafel salad with aubergines and chermoula yoghurt. 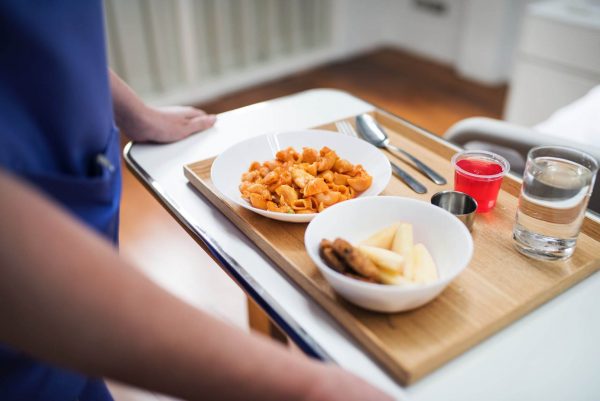 Radcliff said: “The trust is focused on improving the whole patient experience, and food plays a very important role in that.”

“We are continually improving the food experience for everyone who uses our facilities, and for some time we have been working on enhancing our provisions for vegans,” he explained.

Radcliff revealed that one hospital in the organization, the Royal Blackburn Teaching Hospital, was awarded the ‘Food for Life Served Here’ Bronze Award. The achievement acknowledges that the venue is serving “freshly prepared high quality food that meets the needs and expectations of our patients, staff and visitors,” Radcliff said.

“An element of the award recognises the work the trust has undertaken in reducing the amount of meat served in the hospital,” he added. 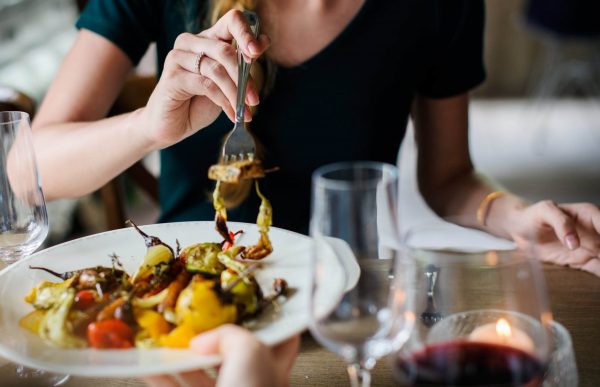 “It also supports the catering service’s ‘Meat Free Monday’ which has recently taken even further steps to exclude fish and cheese-based main meals; making it acceptable to our vegan customers.”

The matter of suitable hospital meals for those with lifestyles that affect dietary requirements, such as veganism, has been a pressing topic for some time. In March, an organization in Scotland urged its government to modify policies, claiming that vegans had been discriminated against in public facilities. The group uncovered that patients suffering from eating disorders had been “force-fed” animal products while others recovering from operations or childbirth had not been given access to food free from meat and dairy.

However, a growing awareness of the health benefits of plant-based eating and the health implications of animal products has led to changes. A UK-based catering company, Anglia Crown, recently became the first to offer plant-based dishes at hospitals that were certified by The Vegan Society. Further, vegan meal options in Californian hospitals (and prisons) may soon be required by law.