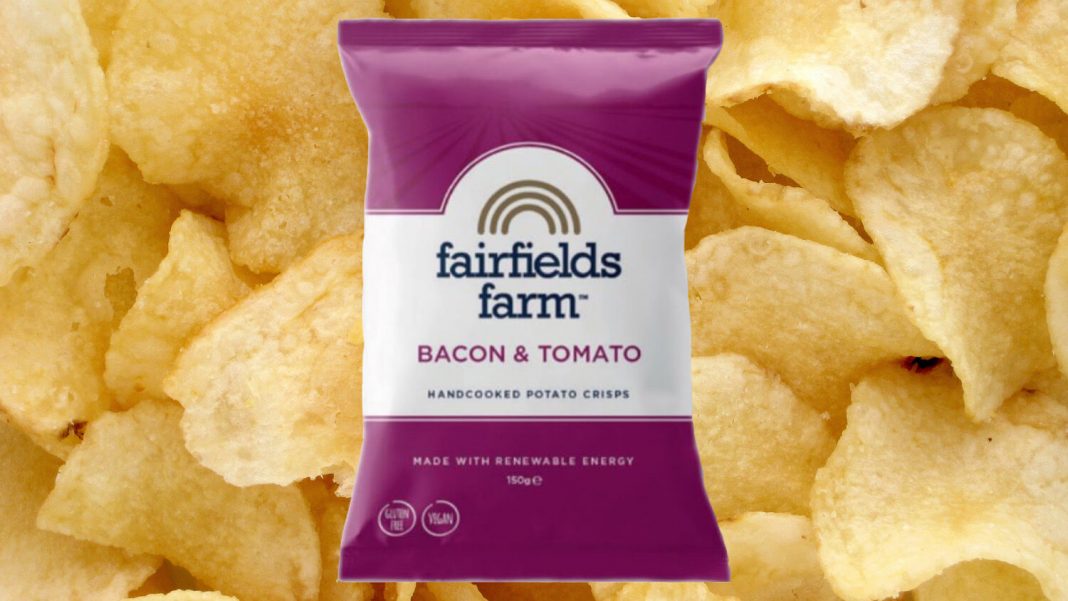 According to Laura Strathern, co-founder of Fairfields Farm, the new meaty flavour – described as a “delicious combination of subtle bacon flavours with a sweet and tangy tomato aftertaste” – was launched to appeal to a range of customers looking for creative animal product-free and gluten-free snacks.

The number of vegans living in the UK is on the rise; in April, it was reported that – in the last two years – the amount had increased by 700 percent, with three and a half million people now choosing to eat plant-based food.

“We are very excited about this new launch,” Strathern said in a statement. “The flavours are really delicious and distinct and we know they will appeal hugely to our vegan and vegetarian clientele who often seek out more unusual flavours when it comes to snacking. We’re sure our customers will love it.”

All Fairfields products are created on its sustainable technology-powered farm, in a purpose-built crisp factory, with its own special varieties of potatoes. The new Bacon & Tomato flavour joins the brand’s already extensive range of vegan-friendly options, including Lightly Sea Salted, Sea Salt and Apsall Cyder Vinegar, and Parsnip with Honey & Black Pepper.

Convenient vegan food to go options are increasing in UK supermarkets, be it snacks – such as crisps – or ready-made sandwiches. Alongside the new Bacon & Tomato crisps, in Co-Op stores this year a new vegan Bubble and Squeak sandwich is available. Consisting of a sweet potato bubble & squeak fritter, red cabbage slaw, pickled beetroot, and Christmas spiced chutney, the new sandwich can be purchased as part of a meal deal.

In Waitrose, a new vegan-friendly Cheese Ploughmans is on offer, and in Marks & Spencer – for the festive season only – a new meat-free “No Turkey Feast” sandwich is available, consisting of roasted soya protein, cranberry chutney, and spinach. In Tesco – the nation’s biggest supermarket – a new range of vegan Wicked Kitchen on-the-go products are now on the shelves, including sausage rolls, salad bowls, and the Italian Style Cold Cuts Sub.