Scientists have invented fake rhino horns that could bring an end to poaching.

Researchers at the University of Oxford and Fudan University in China are producing realistic fake rhino horns from horsehair. According to scientists, the synthetic horn could potentially confuse trade in genuine rhinoceros horn.

“Economists would argue if there is a commodity that’s very expensive, and if you can flood that market, you should bring the price down if the copies are good,” says University of Oxford biologist Fritz Vollrath, a coauthor on the study.

The joint UK and Chinese project aims to produce something both realistic and affordable. Rhino horns are unique and made entirely from keratin — tightly packed, hair-like fibers.

In Scientific Reports the study authors suggest that “it is for conservation economists to examine whether faux horns do work.” Then people can “consider whether driving down the value of rhino horn as described could and would protect the real material.” 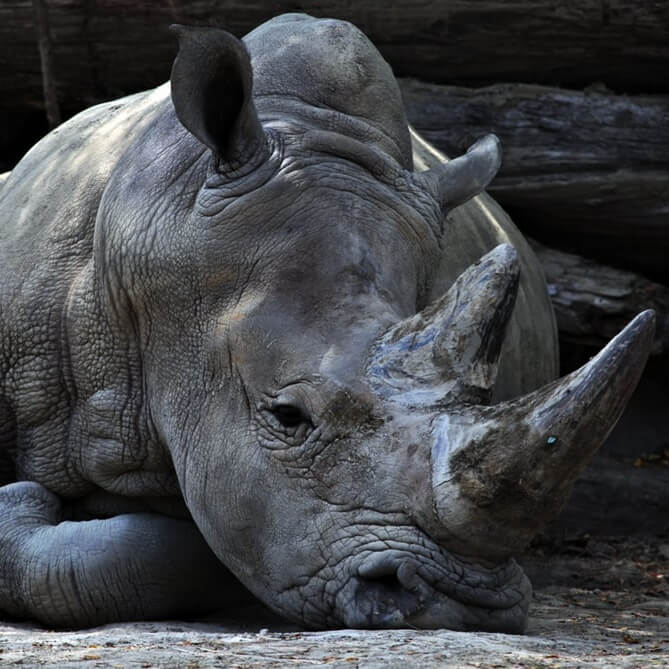 Poaching and habitat loss are partially responsible for rhino endangerment.

According to the conservation group WWF, very few rhinos survive outside of national parks and reserves due to “persistent poaching and habitat loss.” Currently, two species of rhino in Asia — Javan and Sumatran — have a critically endangered status.

Rhino horn is claimed to be an aphrodisiac in traditional Chinese medicine, which has sustained demand despite many official and international attempts to prevent further trade. Poaching in Africa and Asia has contributed to the low population of animals including both rhinos and elephants.

The Humane Society of the United States estimates that elephant populations have dropped by nearly 150,000 since 2007. This is primarily a result of illegal poaching. The global rhino population is down to just 29,000. The last three adult white rhinos in the world are kept under 24-hour guard.

In 2018, Illinois became the 9th state to ban the sale of ivory and rhino horns. The UK Government recently declared its intention to ban all trophy hunting imports.