A vegan vending machine company called CPNJ Vending is bringing healthy vegan food to Indiana hospitals. But the plan is to take the machines nationwide.

CPNJ Vending — which gets its name from the first initial of each of the founders’ children — is located in Fort Wayne, Indiana. Its vending machines offer sweet and savory vegan snacks and drinks like kombucha, alkaline water, and sparkling beverages.

The family is now planning its next locations. “We have dozens and dozens of requests for the machines and even more interest from people wanting to franchise,” she said. “It’s been awe-inspiring for us.” 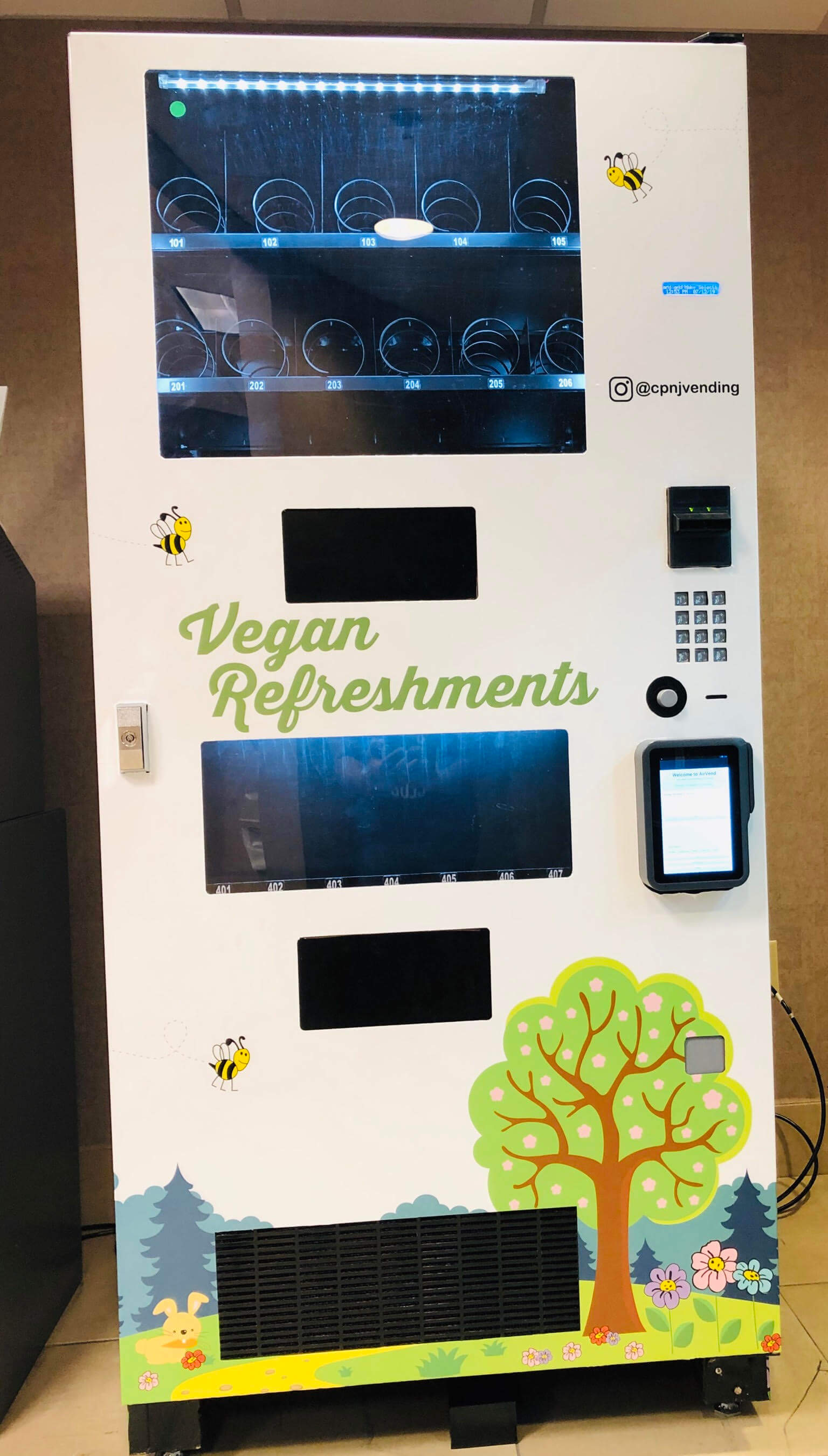 The family-owned business plans to install several machines throughout the U.S. each quarter. It also aims to extend its offerings to include vegan lunch options.

“We try to focus on items that will be much healthier than typical vending machine fare but that still taste good to the average consumer who may not have yet adopted a vegan lifestyle,” Howard said. “It is fun to be able to rotate products and support new vegan distributors and actively participate in creating a growing demand for plant-based snacks and drinks.”

Howard first stumbled upon a plant-based diet when her infant son began experiencing severe skin reactions. “We decided to forgo the suggested treatments because my instincts told me that his troubles were related to my diet as he was exclusively breastfed,” the mother of four said. “I immediately gave up dairy, and within two weeks his skin that had been cracked, discolored, and even bleeding, was completely healed. I was sold.”

She went fully vegan after watching a documentary a few weeks later. “What began as a decision that I was making as a sacrifice for my son’s health became so much more. I began to experience healing and benefits physically and mentally that I hadn’t anticipated,” she said.

The rest of the family has been moving toward veganism, too. And these efforts “have changed the trajectory of the wellness of our family for good,” Howard said.

The family has been introducing their friends to plant-based food by asking them to taste test options for their vending machines. “They always fall in love with things we make for them and discover that they may have unfairly viewed veganism in an unfavorable light,” Howard explained.

She added that many of them have since committed to eating less animal products. “Veganism has been a gift that we get to share just by way of others noticing how much better we feel and are able to perform in life,” the entrepreneur explained.

Howard hopes the vending machine company will have a similar effect. She said, “We want to play a part in normalizing vegan diets and making options readily available where they are often difficult to find.”