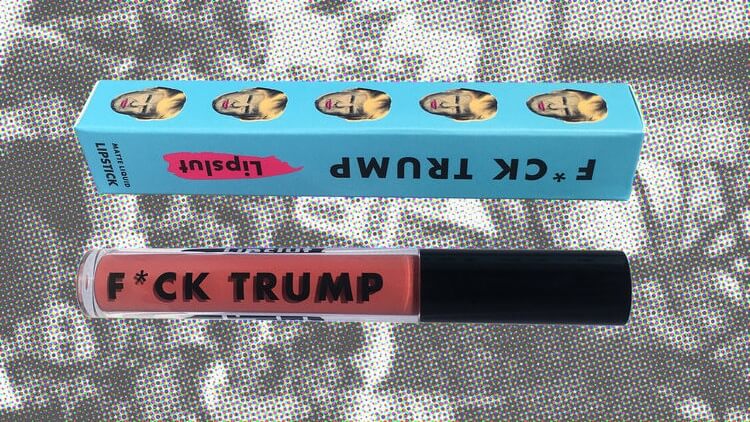 In an effort to both support migrant families aiming to reunite at the border and acknowledge the nation’s growing level of frustration with the Trump administration’s dismissal of the issue, cruelty-free cosmetics brand Lipslut will donate all proceeds of its vegan lipstick called “F*ck Trump” to organizations working to support thousands of separated families.

“While I’m happy to hear that families will no longer be separated, I am still against Trump’s zero-tolerance policy of prosecuting any who crosses the border,” Lipslut founder Katie Sones told Refinery 29. “Lipslut will be donating to organisations that help families through this process, as well as those trying to reunite.”

100% of earnings to families separated/prosecuted at the border. Check “FIGHT ZERO TOLERANCE” at checkout, through July 19th. ?

While the administration has said it would no longer separate children from their parents, the new policy will not help to reunite families already separated. Approximately 65 children are separated from their families at the border daily, experts note. Thousands of children as young as infants have been taken from their parents trapped at the border in recent months, and many are detained in facilities unfit to house that many people or provide adequate environments for young children.

The lipstick was first launched in 2016 after Trump won the presidential election. Since then, fifty percent of all sales from the product have been donated to a civil rights organization that Lipslut says has been unfairly targeted by the Trump administration.

And then after the massacre in Charlottesville, Virginia, last summer, “the company upped the ante, donating 100 percent of its proceeds to charities supporting the victims’ families and raising at least $40,000 in the course of a few weeks,” Allure notes.

Lipslut also sells a F*ck Hollywood lipstick, another timely vegan shade available in the wake of a growing number of sexual assault and abuse scandals in the entertainment industry.