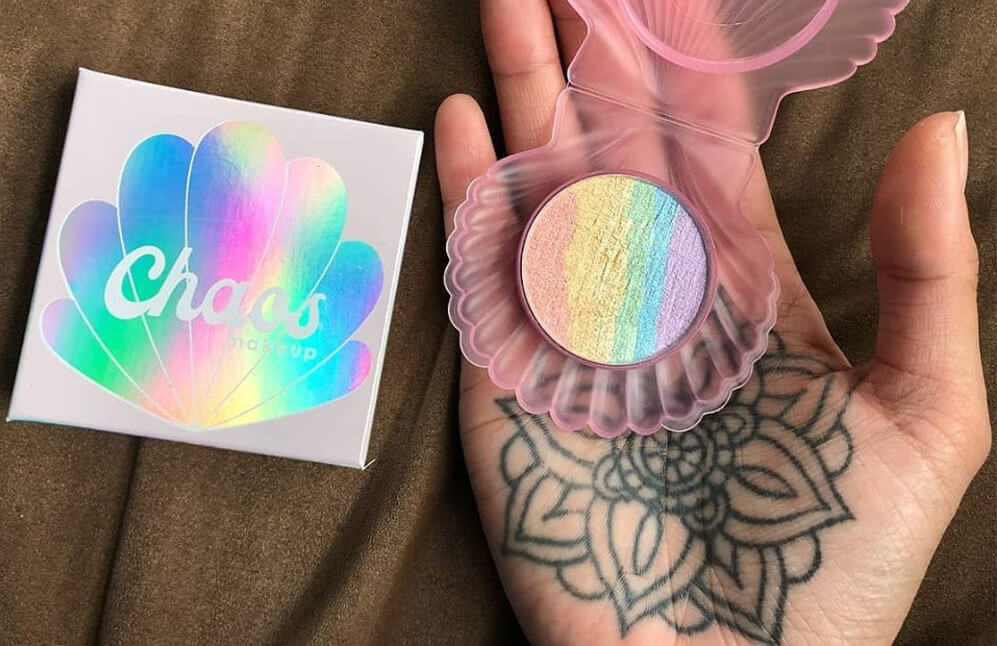 Megan Martinez, the 28-year-old creator of cruelty-free beauty brand Chaos Makeup, recently shared her story with Allure of how she went from homeless to becoming the brains behind a viral beauty brand.

Homeless at age 14, Martinez worked at a local Whataburger, took various odd jobs, and worked as a freelance makeup artist in order to make ends meet. “Makeup was not something I did because I love it,” Martinez told Allure. “It was something that I was just good at. At the time, it was a means of survival.

At 15, Martinez was able to work full-time as a freelance makeup artist, offering her services via MySpace under the moniker ChaosMakeupArtist. Her alternative punk aesthetic soon earned her a loyal following of clients.

“Just like the name Chaos Makeup, I did everything chaotic,” Martinez explained. “The way I was was chaotic, my appearance was chaotic — especially for south Texas — so I stuck out. But it actually worked for good PR.”

? ? ? @mrsalexandraaa looks magical in Kaleidoscope ? ? Purchase Kaleidoscope, only at www.ChaosMakeup.com

Particularly, Martinez became known for her use of “a lot of shine and overall highlighting,” by using colored highlighters she mixed herself long before the trend was appreciated by mainstream beauty. She saw a need for cosmetics that would “make the skin look wet,” she told the magazine. “That was my goal at the time. I wanted something with a super dewy, wet finish, but at the time, there was nothing like that.”

So, she began packaging and selling her handmade cosmetics at workshops she would host. After a couple of years, Martinez made the jump to officially launch her own line of makeup. Her shimmering aesthetic has carried over to Chaos Makeup, which now includes a clear-to-rainbow highlighter, color-changing mood creams packaged in a retro-style clamshell, and other colorful cosmetics.

To this day, Martinez mixes her cosmetics herself out of her Texas home. None of the products are tested on animals and many items are also vegan. Additionally, Martinez is committed to using the most natural ingredients available.