Thankfully, there are people in the world using their platforms to make a difference. Here are 11 fierce female activists that are speaking out to make a positive change for animals and the planet. 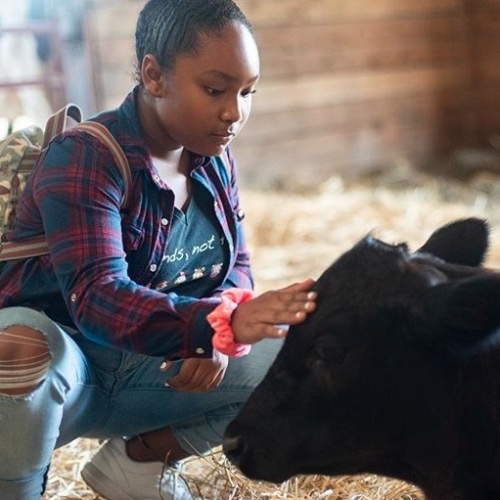 In May 2017, at just ten years old, Genesis Butler became one of the youngest people to ever give a TED talk. Her talk covered the many benefits of veganism and the environmental impacts of eating animals. Named PETA’s Young Animal Activist of the Year in 2019, Butler, who went vegan at age six, spends her time advocating on behalf of animals.

“According to many scientific studies, raising animals for food is the primary cause of global climate change, loss of biodiversity, pollution, and water shortage, just to name a few,” Butler said during her TEDx talk. 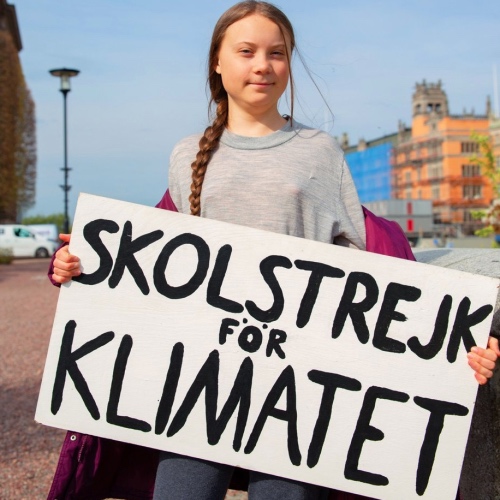 At just 17 years of age, Greta Thunberg is already famous around the world for her climate activism. She began protesting alone in August 2018 outside the Swedish parliament, demanding more action on climate change. Since then, she has motivated millions of school children in multiple countries to join her in The School Strike for Climate. Last year, she was named Time magazine’s Person of the Year—she’s the youngest person to ever hold the distinction.

Thunberg has given many speeches since she first started her activism. “You have stolen my dreams and my childhood with your empty words,” she said in one hard-hitting speech at the 2019 UN Climate Action Summit in New York City. “And yet I am one of the lucky ones.”

She continued: “People are suffering; people are dying; entire ecosystems are collapsing. We are at the beginning of a mass extinction and all you can talk about is money and fairytales of eternal economic growth. How dare you.“

Thunberg is also a vegan, and in 2019, animal rights organization PETA named her their Youth Role Model of the Year. 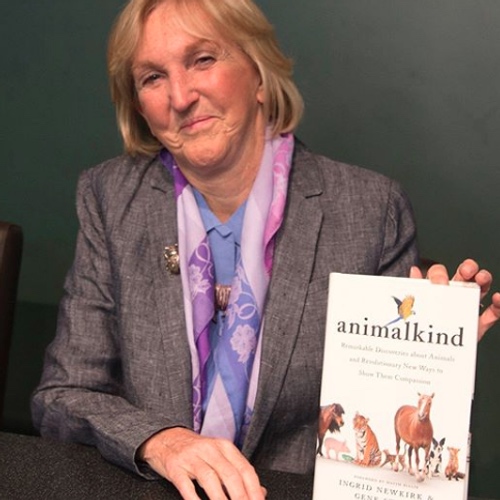 Ingrid Newkirk is the president of People for the Ethical Treatment of Animals (PETA), the largest animal rights organization in the world. Newkirk is a firm believer that animals are not meant to be eaten, worn, experimented on, or used for human entertainment. Her new book “Animalkind” explores ways in which humans can better show compassion for other species.

“[The animal rights] movement’s goal is to get people to recognize that just as animals are not hamburgers, they’re also not handbags,” she wrote for PETA in 2016. “They’re not test tubes with whiskers, they’re not cheap burglar alarms, they’re not props for photo ops, they’re not pests. They’re individuals, and we must protect all of them.” 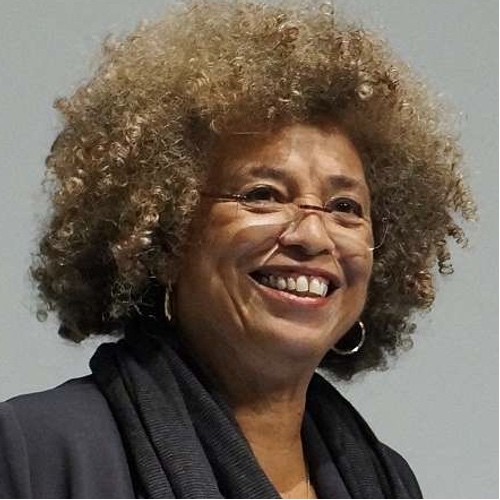 American political activist, academic, and author, Angela Davis is well-known for her association with the Black Panthers in the 1960s and 1970s. Today, Davis is a professor emerita at the University of California, Santa Cruz. Although she is best known for being a human rights advocate, Davis is also an ardent vegan and has discussed the connection between human rights and animal rights on numerous occasions. 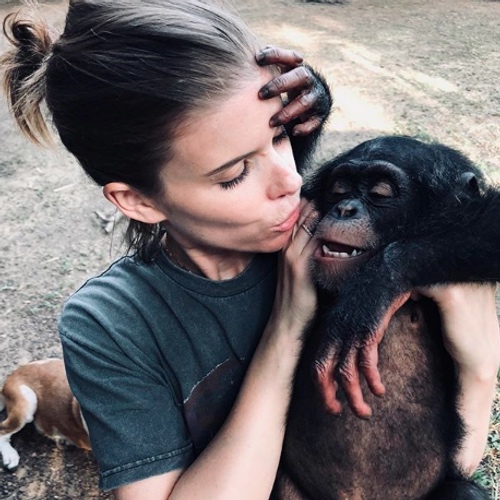 Actor and animal advocate Kate Mara has lent her voice to numerous animal rights organizations, including Animal Equality and the Humane Society of the United States, to help make a positive change in the lives of animals. Mara, who follows a vegan lifestyle, also regularly promotes the Liberia Chimpanzee Rescue & Protection (LCRP) organization to her nearly 360,000 followers.

“Through their organization [the LCRP] the Desmonds are working in tandem with the Liberian government and global conservation partners to create a better life for these chimpanzees and to ensure that Liberia’s wild chimpanzees remain wild,” Mara said on Instagram. 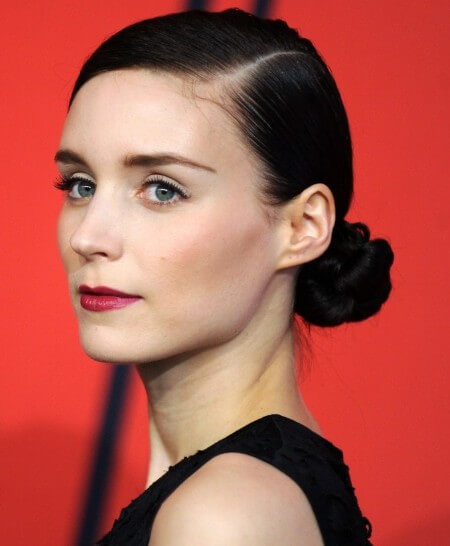 Rooney Mara has her own vegan clothing line. | Wikimedia Commons

Sister to Kate Mara, Rooney Mara is an actor and animal rights activist. She’s also a designer; she launched vegan clothing line Hiraeth in February 2018. In 2019, Mara joined Animal Equality during an undercover investigation of two factory farms, the footage was released in an exposé called “With My Own Eyes.”

“Even though I’ve seen a lot of that kind of footage, I really wanted to see it for myself and hopefully make something that could impact other people to change their minds as well,” Mara said in “With My Own Eyes.”

Mara often attends animal rights demonstrations with her partner, actor Joaquin Phoenix. He recently won Best Actor at the Oscars for his role in 2019’s “Joker,” calling out cruelty in the dairy industry in his acceptance speech. He said: “we feel entitled to artificially inseminate a cow and when she gives birth we steal her baby, even though her cries of anguish are unmistakable.”

Watch “With My Own Eyes” here. 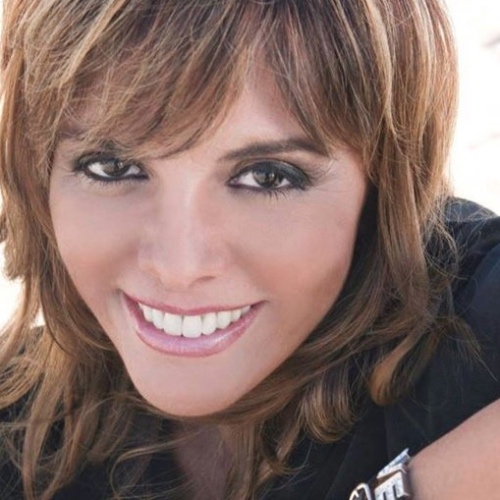 A former anchor for CNN and bestselling author, Jane Velez-Mitchell is the founder of Jane UnChained News, a social media news outlet that produces original content on veganism and animal rights. Velez-Mitchell has taken home numerous awards for her reporting, including four Genesis Awards from the Humane Society of the United States for her coverage of animal issues. She now has a new vegan cooking show out on Amazon Prime called “New Day, New Chef.”

“Your phone is your best tool. You’ve got an entire network, a tv studio, satellites, everything right in your back pocket or purse. Your cell phone is a very powerful tool. Use it for animals,” Velez-Mitchell said at the 2018 Animal Rights Conference. 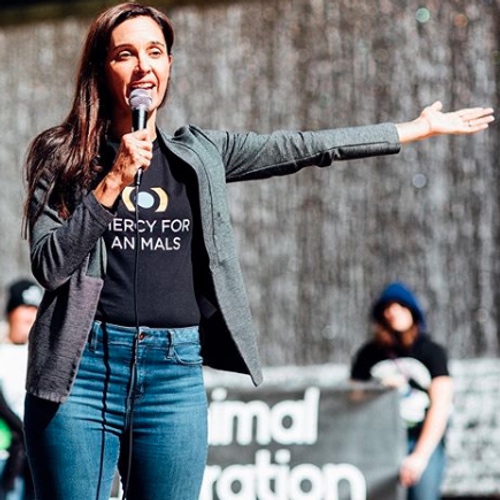 Leah Garcés is the president of Mercy for Animals. | Leah Garcés

President of animal rights organization Mercy for Animals, Garcés has nearly 20 years of leadership experience working in the animal protection movement. She wrote the book “Grilled: Turning Adversaries into Allies to Change the Chicken Industry.” It is part memoir, part tell-all about Garcés’ experiences working in the industry.

Dr. Melanie Joy, a social psychologist, says that “‘Grilled’ is absorbing, intriguing, and moving. It will open your eyes and heart to the plight of animals at the center of the American food system.” 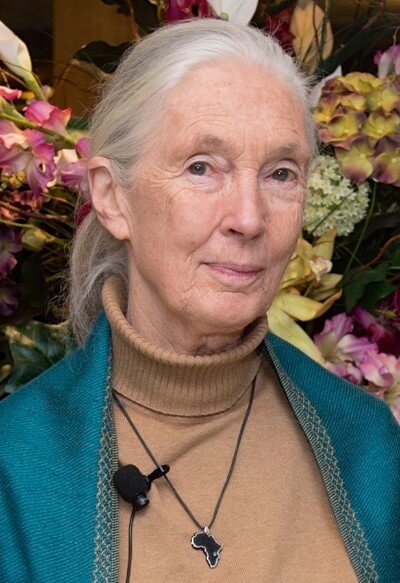 Dr. Jane Goodall is known for her work on chimpanzee conservation. | Wikimedia Commons

“We have found that after all, there isn’t a sharp line dividing humans from the rest of the animal kingdom. It’s a very wuzzy line. It’s getting wuzzier all the time as we find animals doing things that we, in our arrogance, used to think was just human,” Goodall said during a TED talk. 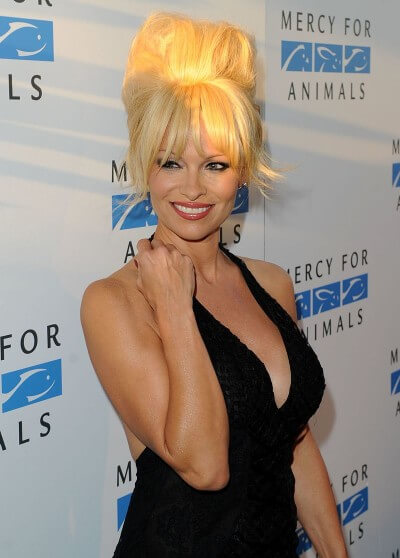 Actress, PETA ambassador, and longtime vegan, Pamela Anderson is no stranger to speaking out for the animals. She has worked with PETA on numerous campaigns. Anderson regularly speaks out about such issues as foie gras, fur, and factory farming.

“I think that awareness and education is the most important thing. But I will not get in an elevator if somebody is wearing fur, and I will not take a picture with anybody wearing fur,” Anderson said once during a trip to Moscow. 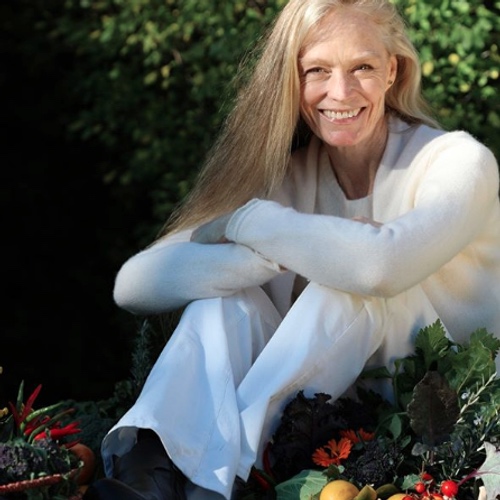 Former actress Suzy Amis Cameron is now an author and environmental activist. She’s passionate about plant-based food, and the impact that eating fewer animal products can have on the planet. To encourage others to eat more plant-based foods, she wrote “OMD: The simple, plant-based program to save your health and save the planet.”

Speaking to Oprah Winfrey about her One Meal a Day (OMD) campaign, Amis Cameron said: “there is something that happens when you go plant-based. Not only do you have all of these health benefits, your taste buds change, everything changes. You have this clarity.”

Amis Cameron’s husband James Cameron is also passionate about plant-based foods. He executively produced the 2018 documentary “The Game Changers.” The film, available to stream on Netflix, aims to debunk the myth that meat is necessary for protein.