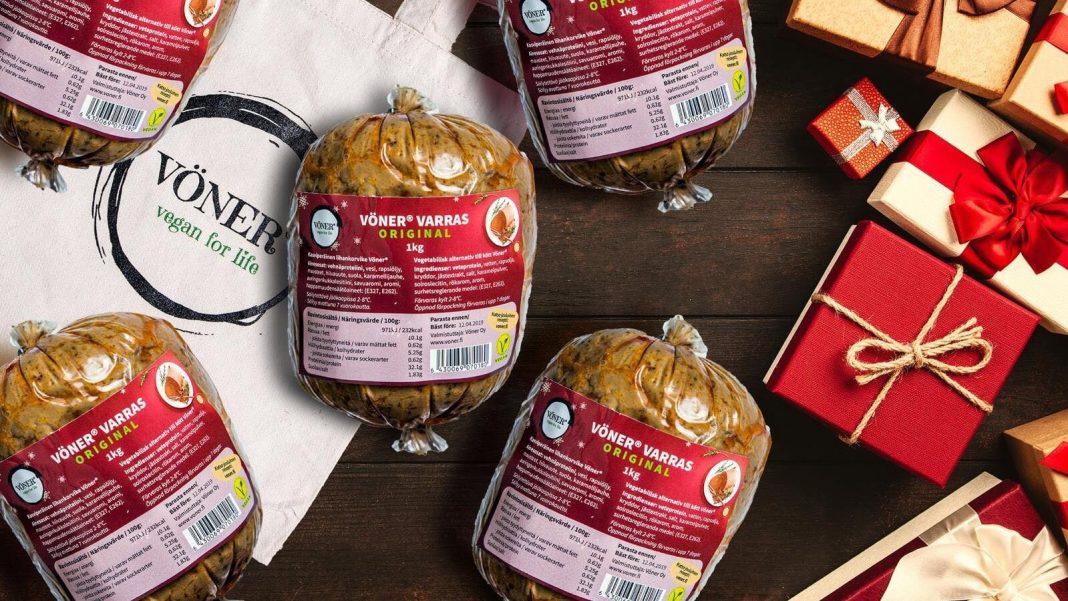 The country, known for its love of meat and fish, saw city and suburb supermarkets experience record-breaking sales for vegan versions of holiday hams and turkeys. For some markets, it was the first time selling vegan roasts. But one thing seemed consistent for the retailers: interest in vegan food has never been higher.

“We got a domestic brand this holiday season, so we wanted to make sure it was visible and market it as a viable option for all consumers,” product manager Juha Nieminen for S Group, the cooperative retailer which owns Prisma, told Yle Finland.

Nieminen called the move a “breakthrough,” because the soy- or wheat gluten-based foods have never been so widely available before, making it difficult to gauge whether the demand would have been higher with more vegan foods on offer. Retailers also saw spikes in vegan protein-rich flour such as chickpea and vital wheat gluten, an indication that some customers were even making their own holiday roasts from scratch.

One brand, Finnish-based vegan meat producer Vöner, said its roasts were so popular that it had to produce four extra batches of the roasts to meet the meatless demand for the holidays. It sold over 10,000 of its holiday roasts for the year.

“Retailers say our vegan rotisseries typically vanish from the shelves less than an hour after delivery,” Vöner co-founder and CEO Siva Parlar said.

“We were surprised by how popular seitan [wheat gluten] products have been, especially compared to previous years,” Helsinki vendor Ilari Tikkala said.

New Zealand retailers also reported a spike in sales of vegan roasts and feasts over the holidays as well. And Australian supermarket chain Woolworths recently launched a vegan ham-style roast for the holiday season.