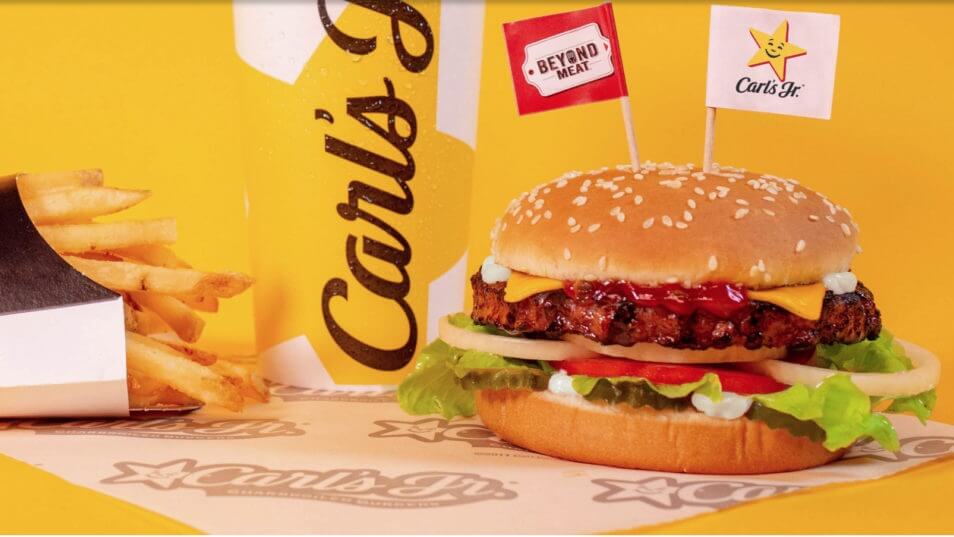 This weekend, during the biggest sports event of the year, a new commercial will kick up a storm during the Super Bowl. Fast food restaurant chain Carl’s Jr. will run a 30-second-spot in the Los Angeles market featuring the vegan Beyond Meat Beyond Burger.

The commercial marks the first time a vegan meat advert will appear on the biggest ad stage in the world. Following its debut at the Super Bowl, the Carl’s Jr. ad will run in all of its restaurant markets across the United States.

“We know people are looking for options – in fact, roughly one-third of consumers identify as flexitarians – and we’re thrilled to partner with Beyond Meat to bring more delicious, irresistible flavors to our menu,” Jason Marker, CEO of Carl’s Jr. parent company CKE Restaurants, said in a statement. “The new Beyond Famous Star is a true industry game changer, and we’re proud to add it to our roster of innovative offerings and build on the legacy of mouthwatering flavors.”

Beyond the Vegan Market

The new Beyond Famous Star® with cheese. It might not be the first plant-based patty but it’s our first charbroiled one that satisfies like our other juicy burgers. #BeyondxCarlsJr

Beyond Meat products can be found at various locations like Del Taco in California, Honest Burgers in the UK, the Grand Hyatt Singapore, and supermarkets internationally. It has been fast winning the approval of consumers — particularly meat-eaters — around the globe.

According to CEO Ethan Brown, 93 percent of people purchasing Beyond Meat products at supermarkets are meat-eaters. The brand set a new trend in merchandising when it required retail partners to place the burgers alongside meat counters. The move has proven highly successful with more than 25 million Beyond Burgers sold since they hit the market in 2016.

The Carl’s Jr. Super Bowl ad won’t be the only one to feature a vegan star. Vegan tennis legend Serena Williams appears in a hard-hitting ad that encourages women to harness their power and “make the first move.”

Animal rights organization PETA is getting involved, too, with various initiatives meant to make game-goers think twice about their halftime snacks. The organization erected a billboard in Atlanta, home to Super Bowl 53 that reads, “No harm, no fowl. Play nice this Sunday – go vegan for your halftime snack.” It has also arranged for a mobile billboard to circle the stadium asking fans to “go the extra yard” and go vegan, organized for an airplane to fly overhead with a trailing vegan-themed banner, and plans to give out free vegan chicken wings to football fans.

And fans will see veganism on the field too, as New England quarterback Tom Brady, who adheres to a mostly-plant-based, just launched a vegan protein powder range ahead of this year’s championship matchup.