In a world-first, Israel is now home to a lab-grown meat restaurant.

The Chicken, which just opened in Tel Aviv, serves lab-grown (also known as cultured or cell-based) chicken meat made from protein grown from cells in a bioreactor. The restaurant is situated next door to the production plant, which is visible to diners through a large window. The restaurant is open according to local COVID-19 restrictions.

Currently, said diners are not required to pay for their meals. Instead, the test kitchen is asking for feedback on its lab-grown, cultured chicken as it ramps up to full-scale production. The new restaurant was founded by food tech company SuperMeat, which aims to bring high-quality meat—grown directly from animal cells—to the global food market.

The Israeli startup says it has addressed the three key challenges in commercializing cultured meat. These include a scaleable manufacturing process, a clear path to cost parity with animal products, and the production of high quality, nutritious, and tasty chicken products.

The restaurant currently serves two varieties of SuperMeat’s chicken burger. Each includes crispy chicken fillet, semi-sweet brioche bun, and classic toppings. Barring the lab-grown chicken itself, however, the rest of the menu is plant-based. It features dishes such as celeriac root salad, seared butternut squash, and a white torte with vanilla mousse.

“The chicken fillet is breaded and deep-fried, making it crispy on the outside, and tender and juicy on the inside. It has a deep chicken flavor and aroma,” Ido Savir, CEO and co-founder of SuperMeat, tells LIVEKINDLY. “Tasting panels and chefs who experimented with the product were excited with the possibilities and remarked that it was indistinguishable from conventionally manufactured chicken.”

This launch follows three years of research and development, during which SuperMeat has streamlined its process to allow for large production volume. 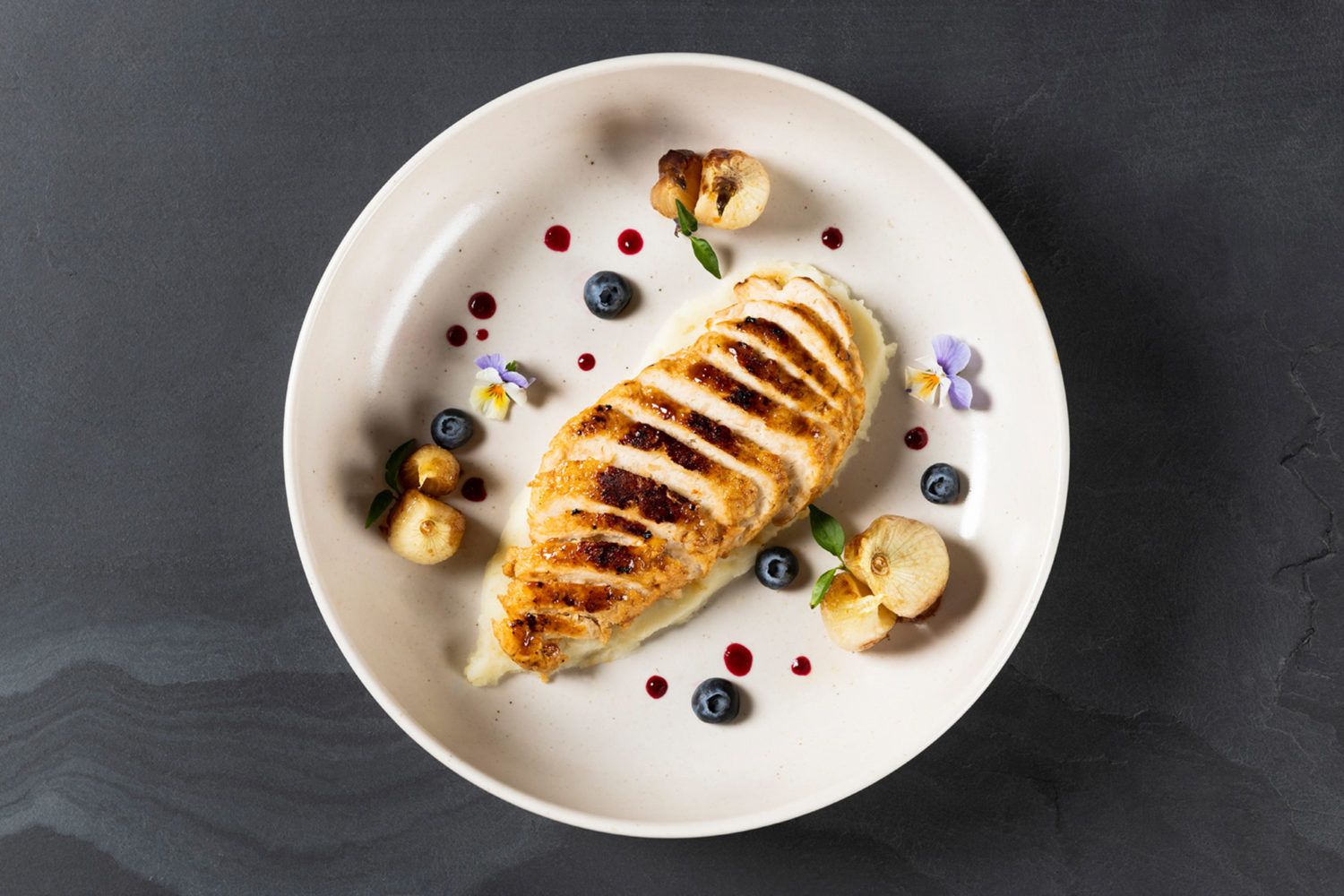 The Chicken’s cell-based meat is said to be indistinguishable from traditional meat. | SuperMeat.

Animal agriculture is deeply inefficient. It uses large quantities of land, resources, energy, and expends greenhouse gas emissions and other pollutants. Some experts claim that it is the single largest driver of habitat loss worldwide, and animal agriculture accounts for approximately 14.5 percent of all human emissions.

Cultured meat presents a potentially sustainable alternative. The bulk of lab-grown meat is derived from animal cells and is therefore not vegan. However, cell-based agriculture has significantly less impact than animal agriculture on both the environment and on animals themselves.

Last year, a report by global consultancy AT Kearney stated that by 2040, the bulk of consumed meat will not come from slaughtered animals. It speculates that around 60 percent of all meat will either be plant-based or cell-based.

Now that it has streamlined the manufacturing process for cultured chicken, SuperMeat aims to partner with companies in the food and ingredient sourcing industries. It aims to continue developing high-quality, low-impact meat products and increasing access worldwide. While lab-grown meat doesn’t yet have federal approval, it could be on the market as soon as 2021.

“‘The Chicken’ is our platform to engage with anyone who is excited about cultured meat and allow them to take part in the evolution of our products and share with us their thoughts and feedback,” said Savir.