There’s a new trend in video games according to the latest announcement from Nintendo Switch. Instead of fighting zombies and plotting world domination, gamers can now participate in virtual animal liberation with the platform’s newest vegan game, Kitten Squad.

This highly addictive action-adventure arcade game was first introduced by PETA to bring mass attention to the constant animal abuse that occurs in our world. It offers an easy entry point to this information without coming across as too aggressive or intimidating. Although geared toward a teen audience, anyone can become a fan of this cruelty-free game.

Guide your “elite kitten” or your own family cat avatar through the worlds of various animal exploitation industries, such as marine-park prisons, dairy farms, and circuses. In each round, players will combat robots with carrot rocket launchers and yarn ball guns to save the animal inhabitants from the industry’s clutches. Top players will be ranked among the elite members of the Kitten Squad. 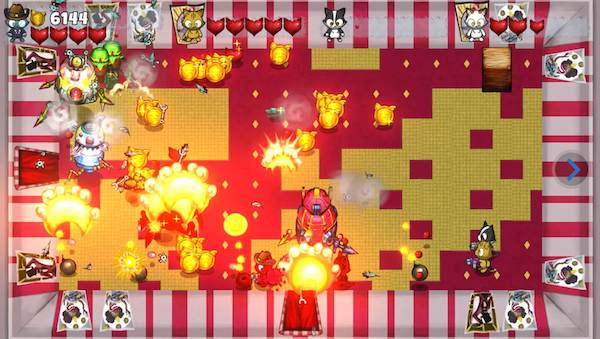 Originally launched on other gaming platforms such as PlayStation, Steam, and mobile apps, the game has already received 1.3 million downloads worldwide. In celebration of this new partnership with Nintendo Switch, this latest version includes several upgrades to elevate the gaming experience. Through the new local co-op capability, players can now join up to four other people in their virtual pursuit to end animal cruelty and save the day.

The game is one of the first free-to-play options on Nintendo Switch, and it is the platform’s first advocacy game. PETA said in a press release, “The game’s missions are inspired by PETA’s real-world exposés that have revealed animal abuse, including baby elephants being held captive by the Ringling Bros. circus, calves being torn away from their mothers on a dairy farm, and sheep being beaten on wool farms, as documented at shearing facilities in Australia, the U.S., and Argentina.” The game exposes these real-world issues to players without displaying graphic images, making it suitable for the teen audience.

Those who don’t have access to a Nintendo Switch can still play for free on Steam and mobile versions for iOS and Android devices.