Soho, an eclectic central London entertainment hub, is welcoming its first regular vegan market. Beginning on April 14, Londoners and tourists alike will be treated to a popup of vegan vendors selling everything from vegan steak pies to Indian street food.

London has its fair share of vegan markets, but Soho has severely lacked for this street fair style of plant-based entertainment. The Soho Vegan Market will take over Street Food Union’s Rupert Street Market every Saturday, transforming this omnivore event into a “vegan paradise,” according to Metro UK. Organizers say the market will bring together “the best of London’s vegan street food,” in addition to a few up-and-coming vegan entrepreneurs.

Joe Coulter, the founder of this new plant-based market, said, “This is the year of Veganism! Alongside our great traders, we are keen to show that vegan food is for everybody and is here to stay. With our new market in the heart of London’s Soho, there’s no excuse not to swing by and give it a go.” 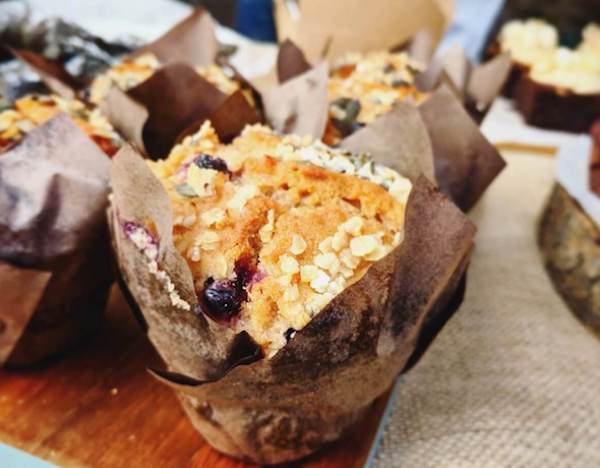 Nine vegan vendors are scheduled for the inaugural Soho Vegan Market. Each is unique, so visitors can leave satisfied no matter what they are in the mood for. There will be ethnic food, including Indian street food from Spicebox, banh mi from Eat Chay, and Caribbean dishes from Lime Hut. Those looking for heartier options may opt for Young Vegans’ steak and cheese pie or a vegan steak sandwich from Jake’s Vegan Steak. On the sweet side, Flip 80/20 will be serving both sweet and savory crepes, and both Lele’s Vegan Patisserie and Planty Hugs will be selling vegan cake and baked goods for visitors to take home.

Spicebox, an established vegan London vendor, said, “Until now, Central London has been one of the hardest places to find quality vegan food. We’re super excited to represent veganism in Soho and make all this delicious, creative and sustainable food accessible to all.”

The Soho Vegan Market will be held weekly on Saturdays from 11 am – 4 pm on Rupert Street in Soho, London. Those who live outside of the area can also find regular vegan markets in the London neighborhoods of Hackney, Islington, and Brixton.