Fishing nets — not plastic straws, bottles, or microbeads — make up nearly half of the world’s plastic ocean pollution, says a survey for the Ocean Cleanup campaign.

The survey collected data from aerial photos of the Great Pacific Garbage Patch, an area twice the size of Texas between Hawaii and California that’s a virtual floating island of plastic debris. 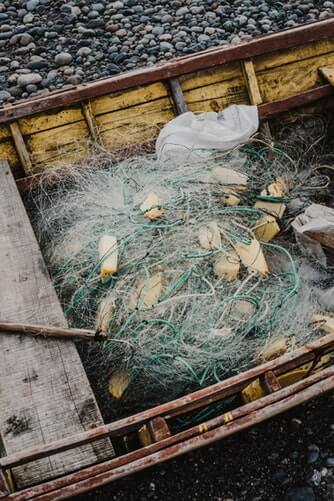 The research team found that 46 percent of the plastic in the patch by weight came from one source: fishing nets. Other fishing industry gear came in a close second.

“The impact of this junk goes well beyond pollution,” notes Adam Minter in Bloomberg. “Ghost gear, as it’s sometimes called, goes on fishing long after it’s been abandoned, to the great detriment of marine habitats.”

Fishing nets are not only damaging as waste. When the nets are active, unintended animals — bycatch — can become trapped in the sometimes mile-long webs of plastic. Animals can find their way into the abandoned nets as well, becoming tangled and suffocated in the ghost gear.

The issue is adding insult to injury for ocean conservationists. Overfishing is leading to rapid declines of marine life as plastic pollution ticks up; some experts estimate that we’ll see more plastic in the oceans than fish within the next three decades. Yet companies like Disney, McDonald’s, and Starbucks — which have all announced plans to remove or replace plastic straws in recent weeks — still serve fish and seafood products.

Minter says it’s a “complicated” problem even despite efforts since the 1990s to mark fishing gear to hold companies accountable.

“Combined with better onshore facilities to dispose of such gear — ideally by recycling — and penalties for dumping at sea, such a system could go a long way toward reducing marine waste. Countries belonging to the United Nation’s Food and Agriculture Organization have even agreed on guidelines for the process.”

Why All the Panic Over Plastic Straws? 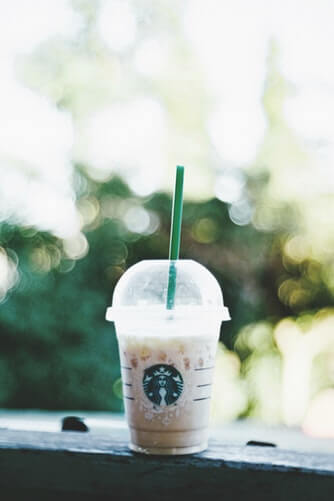 In recent months a number of restaurants, cities, and states have announced plans to reduce or ban straws. In one somewhat confusing move, Starbucks said it would replace its plastic straws with plastic lids that conjure images of a child’s sippy cup. Still, reducing plastic pollution is important for marine ecosystems at any level; even if plastic straws make up a mere fraction of the plastic.

And it’s a tangible consumer action, like bringing a reusable grocery bag or recycling, and it’s one Minter says may be critical in moving awareness on the fishing net issue even further.

“A similar campaign to pressure global seafood companies to adopt gear-marking practices — and to help developing regions pay for them — could have an even more profound impact. Energized consumers and activists in rich countries could play a crucial role in such a movement.”