With India under lockdown due to the coronavirus pandemic, more than 100,000 flamingos flocked to the metropolitan area of Mumbai. The Bombay Natural History Society (BNHS) estimates that a record-breaking number of flamingos have descended upon the city because of decreased human activity.

Two species of flamingo—greater flamingos and the smaller lesser flamingo—migrate to Mumbai between October and March each year. Residents, who have been under lockdown since March 25, say that there seems to be a higher number than usual. It’s estimated that nearly 150,000 flamingos have taken to the mudflats of the Thane Creek this year.

“Flamingos began migrating to Mumbai in the 1980s and 1990s,” Rahul Khot, assistant director of the BNHS, told The Guardian. “Records show that since then their numbers have hovered between 30,000 and 40,000 each season.”

According to the BNHS, the Mumbai Metropolitan Region is the second-largest flamingo habitat along India’s west coast after Kutch, Gujarat. Experts believe that the area is seeing increased numbers for several reasons, including suspended fishing activities and a successful breeding season two years ago.

Areas near the Thane Creek are typically rife with noisy construction work, which is pushing flamingos out of their preferred feeding locations. Many worry that the 22-kilometer Mumbai Trans Harbor Link sea bridge construction may drive the birds away from the area altogether. 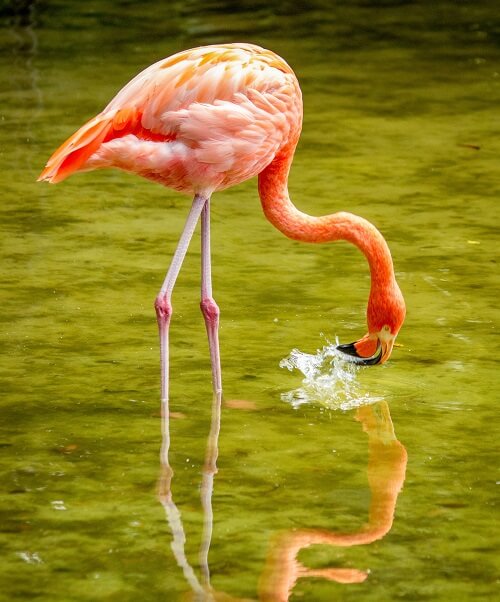 A record-breaking number of flamingos have flocked to the Mumbai Metropolitan Region.

All across the world, animals are taking to areas typically busy with human activity. More than 70,000 olive ridley sea turtles nested on a beach in the eastern Indian state of Odisha. The olive ridleys did not nest the year prior, likely due to natural disasters. In South Africa, a group of lions napped on an empty road in Kruger National Park. The area closed at the end of March due to the pandemic.

In late April, wild hogs were seen traversing the streets of Marmaris, Turkey, one of the country’s busiest tourist hubs. Many social media users have also posted dolphins swimming in the Bosphorus Strait in Istanbul. The area typically sees amateur and dedicated fishermen lining the coast.