During the “Stand Down for Safety” week held last month in Coral Springs, Florida, Baptist Health South Florida partnered with the Humane Society of the United States to bring two-days worth of plant-based culinary events to the area firefighters and paramedics, including a Forward Food Culinary Cook-Off.

The event was the latest partnership between HSUS and Baptist Health South Florida. They’ve joined forces in the past for plant-based culinary training sessions for their registered dietitians, employee wellness team, and chefs. The hospitals now include more plant-based options including a “Plant Strong” challenge for hospital employees.

“Baptist Health is emerging as a leader among the country’s hospital systems when it comes to promoting the latest research on plant-based diets and chronic disease prevention,” says HSUS. The Cook-Off is part of the health organization’s efforts to expand its message and support within the community, particularly for the health of the region’s firefighters and paramedics. 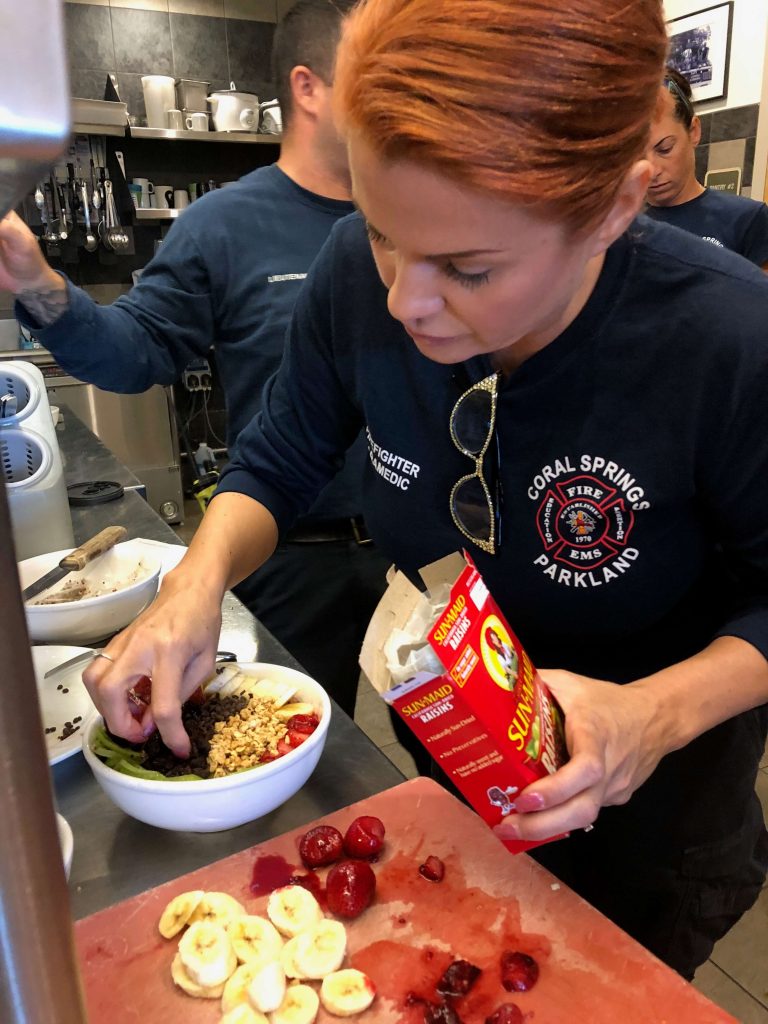 More than fifty firefighters and paramedics participated in the challenge as two fire station teams competed against each other for the best plant-based meal.

“The cook-off was designed to help connect the personal health and disease prevention through food, sharing how increasing more plant-foods in the diet can reduce the risk of cardiovascular disease, diabetes, and many cancers,” HSUS said in a statement. “At breakfast, lunch, and dinner, two fire station teams competed against each other for the best plant-based dish.”

The teams were judged on breakfast bowls or smoothies featuring fresh fruits and vegetables, whole grains, nuts, and seeds. Lunches included wraps or sandwiches featuring hummus, vegan chickpea salads, along with fresh veggies, and vegan Chao cheese. Dinners were “Grill-Offs” where each group prepared either plant-based burgers or sausages featuring Beyond Meat products dressed up however the teams chose.

Some of the winning dishes included a berry smoothie bowl, almond butter tofu with quinoa and kale, a lemon dill hummus bowl and a Beyond Meat bratwurst with Italian green peppers and onions served with rosemary baked potatoes. The winning stations received gift cards to Florida-based Publix supermarkets. 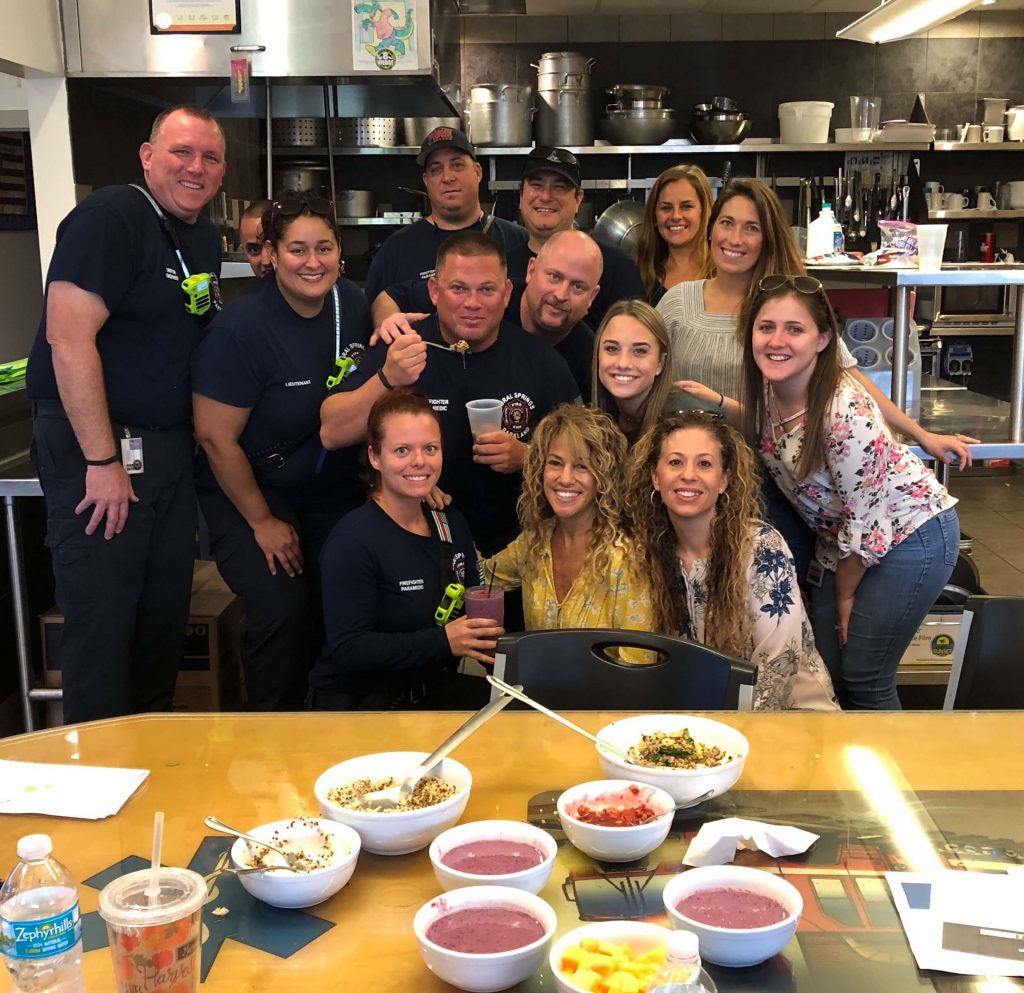 “The City of Coral Springs wanted to use this week to celebrate their first responders and thank them for their tireless work in the community. Not only was the plant-based culinary cook-off a fun experience for all, it expanded the culinary world for many people who participated. It was exciting to hear everyone talk about how tasty the food was and how they would be incorporating more plant-based meals not only at work, but at home,” said HSUS’s Karla Dumas, RD, senior manager of Food & Nutrition.

“The first day of the cook-off challenge created a buzz among the fire stations because the teams on the second day were already thinking of how to prepare their dish when we arrived in the morning. The teams took the cook-off challenge very seriously, preparing beautifully presented, very tasty dishes, making the judging very challenging.”

Plant-based diets have been proven to benefit athletes and highly active individuals like firefighters. The forthcoming documentary, “The Game Changers” trails elite power athlete James Wilkes as he interviews Olympians, bodybuilders, marathoners and professional athletes who all adhere to and say they benefit from adhering to a plant-based or vegan diet.