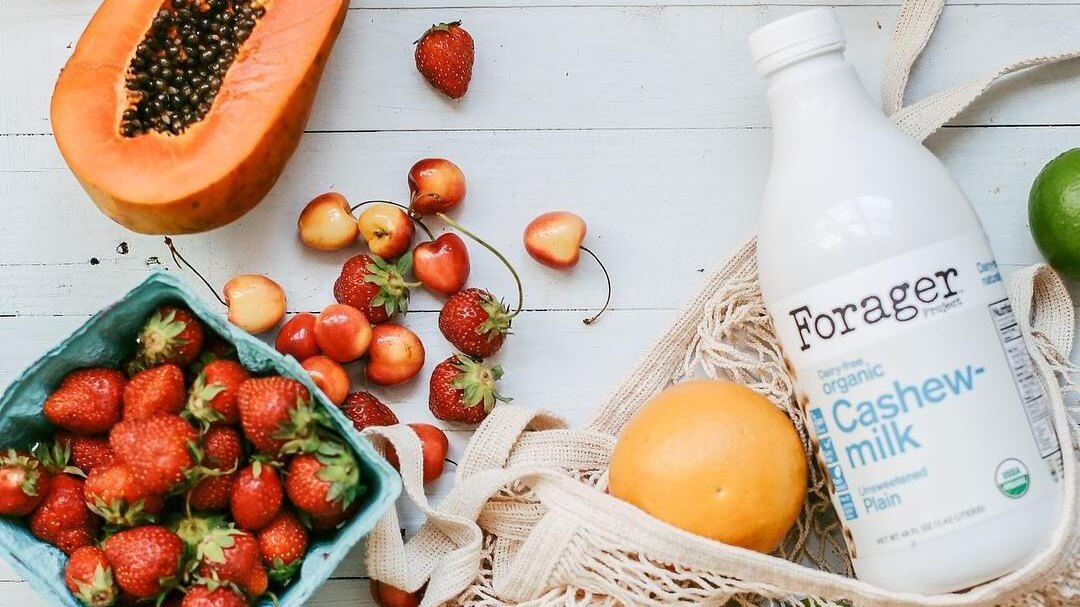 The line, described as “creamy and indulgent,” will include Unsweetened Plain and Unsweetened Vanilla Coconut Cashewmilk. Coconut Cashewgurt, a type of vegan yogurt, will also be on offer in Berry, Coconut, Lime, and Mango flavors.

The products are full-fat, giving them a rich, decadent mouthfeel. Forager claims that these new products “rival any premium full-fat product in the dairy aisle.”

“Full-fat is back,” said Forager CEO and founder Stephen Williamson in a statement. “We’ve combined cashews and coconut to create rich, creamy, plant-based milk and yogurt that will blow away the full-fat dairy eater.”

New research exploring the benefits of healthy fats is drawing consumers toward plant-based fats, such as those found in cashew and coconut. “Americans have begun to embrace the new expert advice: Eat a plant-based, balanced diet that includes healthy fats,” the press release explained.

Forager’s cashew and coconut-based vegan milk contains no added sugar and is naturally free from gum additives. Its new cashew yogurt is packed live active cultures, it’s low in sugar, and it contains 3 grams of MCTs per serving. Both the cashew-coconut milk and yogurt are also free from cholesterol. Further, coconut fat is used instantly by the liver for energy function and detoxification unlike animal fat, Forager points out.

Besides the health benefits of avoiding animal-based foods, vegan alternatives are also kinder to the planet. “Our goal at Forager is to make it easier to eat organic, plant-based food,” said Forager Project’s co-founder John-Charles Hanley. “Animal agriculture is a huge contributor to climate change. The more that people move to a plant-based diet, the better off we’ll be.”