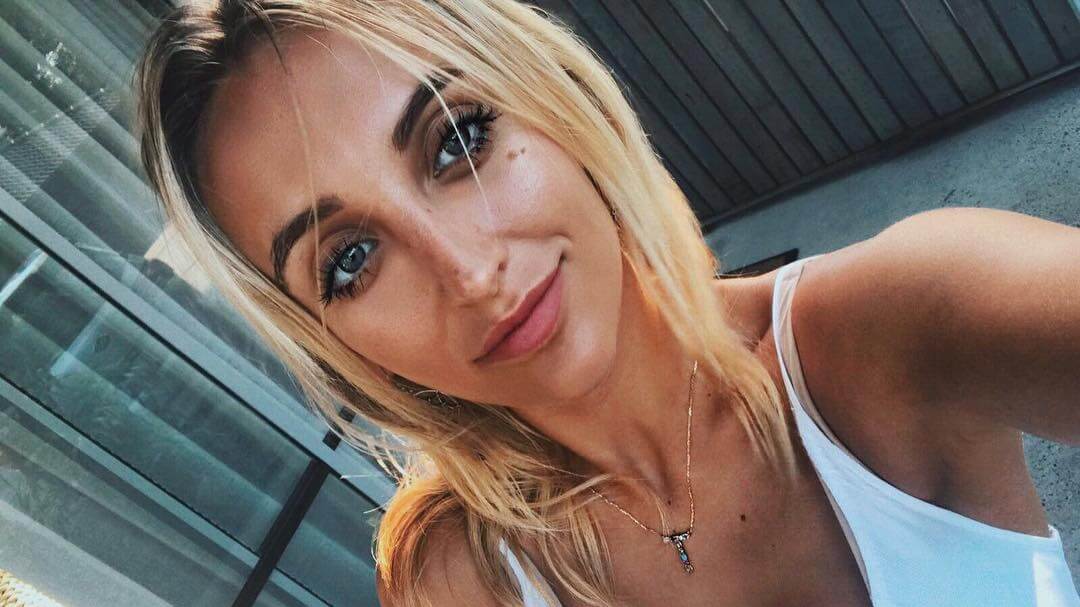 Former Made in Chelsea star, and Tell Your Friends co-founder, Tiffany Watson, spoke to LIVEKINDLY about her vegan journey, her hopes for her vegan restaurant’s future, and her travel tips for any budding vegan holidaymakers this summer.

The celebrity opened the new London restaurant, Tell Your Friends, with her sister and fellow vegan, Lucy Watson, along with dad and business mogul (whom she’s still trying to convince to go vegan) Clive Watson last month.  Whilst the vegan scene in the east of the city is booming, Tiffany felt that in the Fulham Parsons Green area, where she and her family are based, plant-based restaurants and cafes were lacking. “We just felt that there was a lack of vegan restaurants where we were,” she explained. “We wanted to be able to show everyone how good vegan food is and how easy it is to enjoy vegan food and the experience [of being vegan]. We just want to make it more accessible really, and open up more doors.”

And the long weekend begins ??? Come join us for breakfast, lunch or dinner ?We accept bookings over the weekend and evenings ❤️? #longweekendvibes #tyfldn

“There are new vegan places opening up every day [in East London],” she continued, “But that’s pretty far for us. We love going to them but it’s a full day trip to get there. We just love to have somewhere near us, near everyone in this area, that you can easily get to, and spread it out a bit more.”

And West London based Tell Your Friends customers can expect a whole variety of menu options when they get there, including breakfast options such as scramble Aki, pancakes, and fry-ups, as well as entrees like mac and cheese, fish and chips, and tofu buddha bowls. “We wanted it to be a whole selection of light healthy options and then comfort food, and sort of something that caters to everyone,” Tiffany explained.

But don’t worry if you’re not local to Fulham; Tiffany hopes there will be many more vegan businesses from the family in the future. “I think it’s gonna grow so much more,” she predicted. “It’s really exciting to join in on [the vegan movement] and ride that wave. Hopefully, we can open up lots more, and just introduce [vegan food] to everyone.” The sisters are enticing customers of all kinds. Tiffany noted, “We have so many people coming in who aren’t vegan and who don’t know anything about vegan food, and they’re trying the food and they’re really enjoying it and that’s such an amazing feeling to be able to see that.”

Friday calls for one thing… our signature ‘fish’ and chips with our homemade tartare sauce ?? #fridayfeels #whatveganseat #weekendmood

Her dad, Tiffany claims, has played a vital role in opening up the restaurant, and without his input, it wouldn’t have been doable, she believes. “He has huge experience in the catering industry,” she explained. “We thought, ‘let’s propose this business idea to him and see what he thinks and if he thinks it’s a good idea.’ We really value his opinion and we know how hard it is to open up a restaurant.”  Tiffany said their father was on board with the concept straight away. “He thought it was a really great idea, he said ‘it makes sense for us to do it altogether because I have the experience and you guys know about veganism and the design and the concept.'” She added, “so together the three of us have done it as a family.”

It was her farm upbringing, and her family’s respect for animals, that led her to initially cut out meat and go pescetarian at the age of 6. “I lived on a farm and have grown up around animals,” she explained. “[I was] getting a really strong connection with them, and then [I realised] what was happening. Also, my mum and my sister were vegetarian so it was really easy, it wasn’t like my family didn’t understand it, they were so on board with it already.”

It was a PETA conference that inspired the complete switch to veganism for Tiffany. “I was just blown away by it,” she recalls. “I was like, ‘I can’t eat dairy anymore.” She added, “once you’ve heard the information, you just can’t undo it…I cut it out straight away from that day forward.”

Washing, feeding and loving the Bali rescue pups ?♥️ Please contact @sherinpeace if you want to help out! It’s going to be very hard not to bring one/all of them back home with me! ?

“It was also other things as well, not just the diet,” she said, recalling how she had turned up to the animal rights talk in a leather jacket. “Suddenly I was thinking about all those aspects of my life, like leather, where does that come from? Or beauty products, like, am I getting things that are tested on animals? So, from that moment, a whole lifestyle change happened.”  Aside from changing her mindset, the switch also did wonders for her appearance and overall wellbeing, Tiffany claimed. “I never really get spots which is such a blessing. All my friends are like, ‘your skin is so good,’  and I really think that is down to the diet that I have, and I do just generally feel so good.”

When she’s not running a vegan business or advocating for the rights of animals, Tiffany likes to travel the world. Of all the places she’s been, Bali was number one for veganism. On the other hand, she believes Paris, where she visited for a long weekend with her mother, has a bit of catching up to do. But she assured that it is never necessary to compromise ethics, even when abroad. “Do your research,” she advises, noting that some airlines still don’t offer vegan food, so bringing your own snacks is a must. “Look on Instagram, look on the Happy Cow app, plan ahead, and it’s fun! You get to find new places and it helps you get excited for your holidays.”