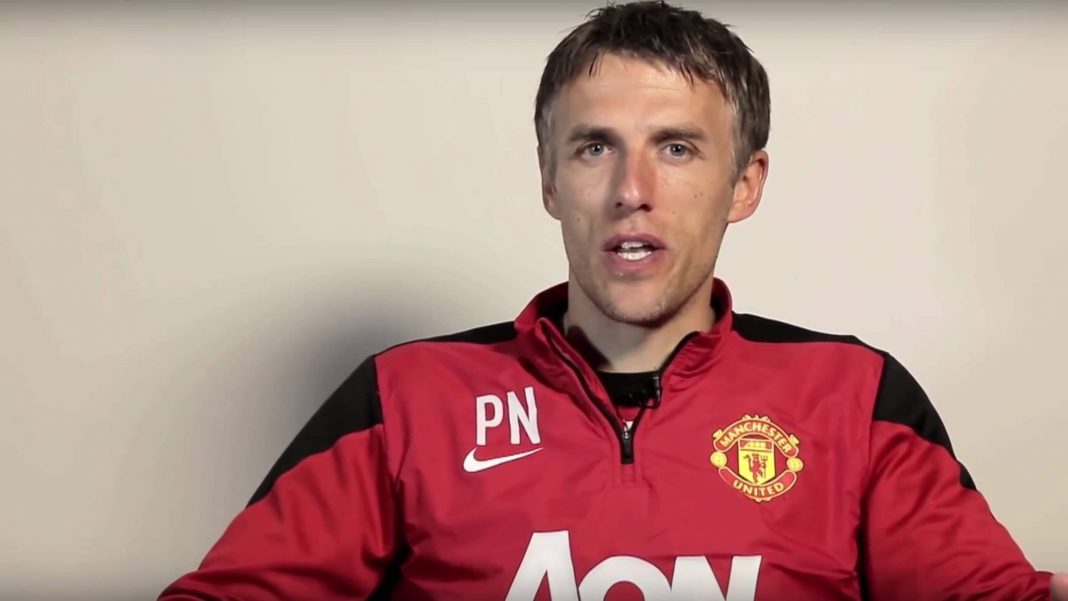 Phil Neville, head coach of the England women’s football team and former Manchester United coach, is trying out a vegan diet after being a vegetarian for a number of years.

The footballing star posted about his new diet on Instagram, uploading a picture of vegan coleslaw from Marks & Spencer’s Plant Kitchen line and captioning it “third day as a vegan.” A few days later he uploaded a picture of a vegan mushroom and leek pie.

In 2014, Neville spoke out in a video for PETA (People for the Ethical Treatment of Animals), the largest animal rights organization in the world, about the benefits of ditching meat from his diet.

“My wife’s been vegetarian for about four, five years now and I used to always think as a footballer, as a sportsman, that it was so important for me to eat meat, to have that in my diet,” he said. “I thought that if I became a vegetarian that would take away a lot of the nutrients that I would require to be a professional footballer, and an athlete, so I was really ignorant.”

Neville, who played professionally for Manchester United for 10 years, found that you can get protein from a variety of plant-based sources including vegetables, seeds, peanuts, and quinoa. “These are all proteins that could just fill the gap of eating steak, fish, or chicken,” he explained.

Many sportspeople have ditched meat to improve their athletic performance. Manchester United defender Chris Smalling recently said that his vegan diet helps him to stay injury-free, adding that he feels “fresher” than before.

Neville believes more people will make the switch. “I think it’s become more and more fashionable now. I think people are understanding the benefits, not just for yourself but for actually the environment,” he said.

He continued, “2.5 million animals a day are being slaughtered. That is a damning statistic that we need to do something about. If everyone could even just do one day of not eating meat then that could help the animals and the environment in the future and it’ll mean that we live in a better world.”