Following changes in racing rules which now exclude a driver’s weight from his or her vehicle, Hamilton is able to put on some major muscle and still excel in the sport.

The 2018 Formula 1 rules regarding weight put taller (and typically heavier) racers at a disadvantage, as the total weight of the car, including the driver, could not exceed 735kg in 2018. This forced drivers to stay exceedingly lean and constantly cut calories. However, the 2019 rules consider the driver and the car weight separately and include a driver weight minimum of 80kg. Drivers under this weight will be required to add ballast to their vehicle to make up the difference, thereby evening the playing field between the naturally light and the heavier racers.

Hamilton spoke about the update on Instagram. He shared an image of his body a few years ago, writing, “I was 68kg (150lb). I’ve had to be that weight for the past 12 years and finally rules change this year and I can eat a little more and bulk up. I’m at 75kg (165lb) now and happier.”

“Adding weight was easy and I did this on a vegan diet,” the athlete noted.

Hamilton challenged the myth surrounding veganism and protein; many people assume that plant-based foods do not provide enough protein for a healthy diet, especially for bulking up. “I have plenty of protein in my diet and I’ve gained muscle, and I’m healthier and happier than I’ve ever been. Wish I did it sooner,” Hamilton wrote. 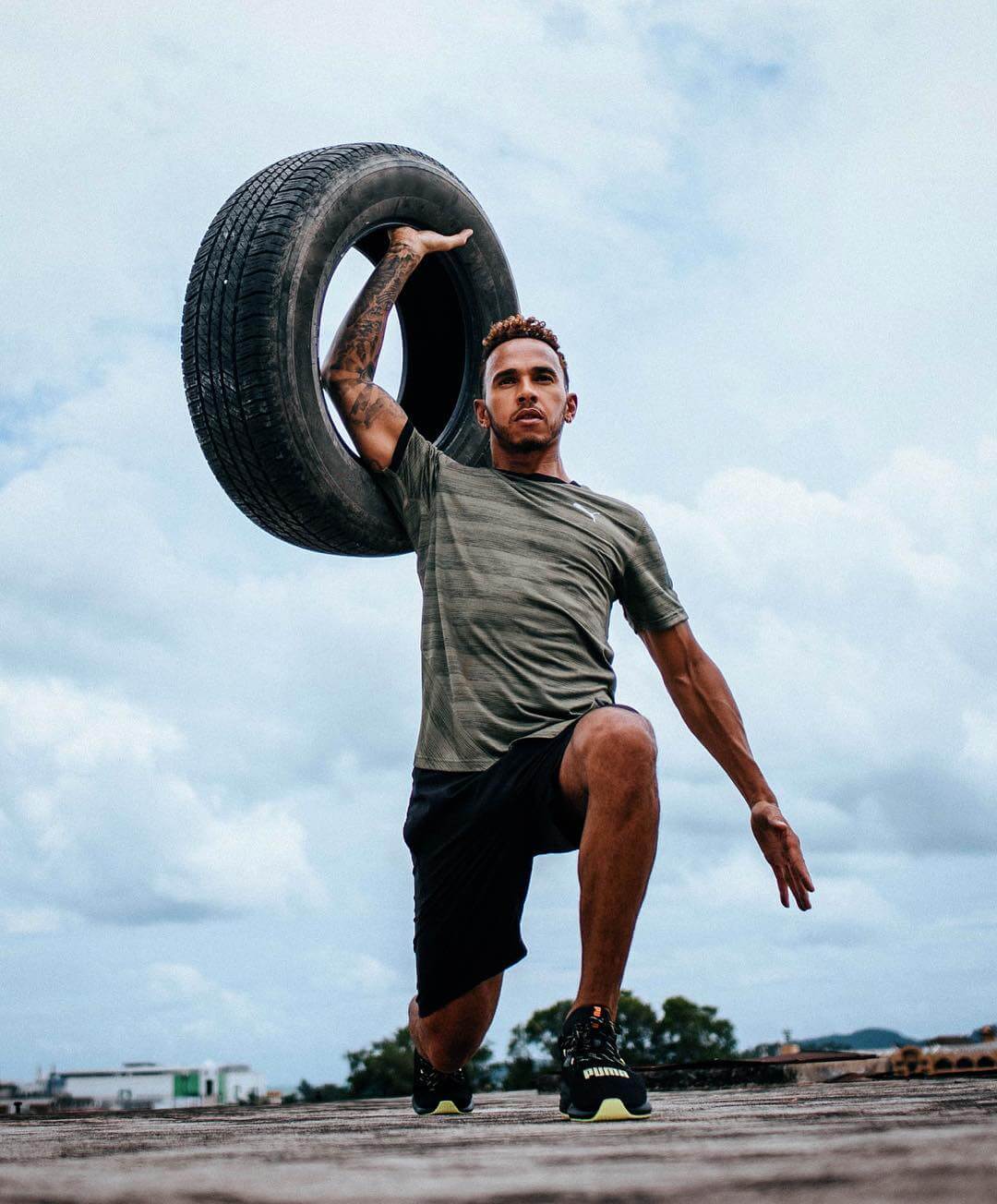 In a 2018 interview with digital racing news outlet GP Fans, Hamilton explained, “My comfortable weight is a little bit heavier than where I am, and every year all the drivers, particularly I guess the slightly taller ones, they’re under more pressure to get thinner and skinnier and unhealthy.”

Along with other drivers, Hamilton, though traditionally lean, said he was looking forward to the change and would take advantage of the opportunity to get rid of his “chicken legs” and gain more muscle. He said, ”I should be a different athlete next year, I’m excited about that.”

“I’m excited to go and eat, increase my intake, I can be a little bit heavier next year, I can be a lot stronger,” he said to GP Fans.