The French Equestrian Federation (FFE), the umbrella organization for all of the country’s leisure and competition horse and pony activities, has banned the practice of trimming horse whiskers.

Is It Wrong to Trim Horse Whiskers?

Vibrissae, the technical term for the long tactile hairs around a horse’s eyes, mouth, and nose, are sensory organs that each have distinct nerve and blood supply. Like a cat, a horse’s whiskers help the animal gain a sense of their surroundings.

The hairs allow horses to sense what’s in their blind spot, the depth between a surface and the lips, texture, and temperature.

According to Of Horse, vibrissae are essentially the horse’s “hands” and are vital to their safety. But some who consider horse whiskers unsightly clip or trim them, typically for showing purposes. 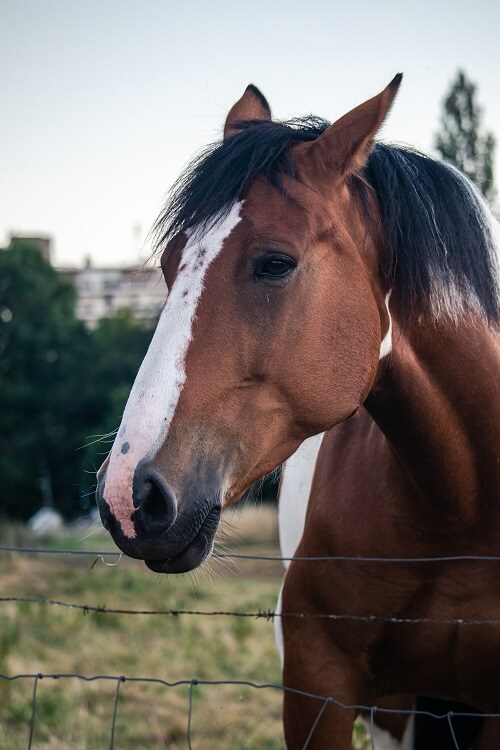 Germany, Switzerland, and now France have banned the practice on ethical grounds. The new FFE regulations will prevent any horse with trimmed whiskers from being used in shows.

“The role of the FFE is to communicate good practices,” FFE ethologist and animal welfare mission manager Déborah Bardou said in a statement.

Is it ethical to ride horses? The racing industry is known to be a cruel industry. Beyond the horses that die on the track, thousands are bred for the sport each year, according to the Horse Fund, but only 5-10 percent ever see a race track.

Most horses end up being sent to the slaughterhouse unless they are rehomed. In some cases, this means that the horse ends up in equestrian sports. But are equestrian sports, which are arguably kinder to horses, ethical? It’s complicated.

Equestrian sports can save lives, according to Horse Racing Kills. Sports jumps, for example, gives adequate space for the horse to complete a jump. This isn’t the case on the race track, where the object is to be the fastest, which makes the risk of injury much higher. But in some US states, the practice of horse soring, which involves applying corrosive chemical agents to horse legs, which are then exacerbated by chains attached to the pastern (the sloping part of the hoof), is alive and well, though illegal under the Horse Protection Act.

Some argue that there is an ethical way to ride a horse, such as forgoing metal bits, which can damage the horse’s mouth, and horse shoes, which can impede growth and weaken the internal structure of the hoof.

“My horses are healthy and together we coexist in a very pleasant, cruelty-free way. I am happy to discuss my view of veganism and I am also aware that there may be some dramatic about-turns in the future, but for now, I am a free thinking, liberated horse owning vegan, and I am fine with it,” Michelle Whitham Jones, a long-term rider and vegan, told Vegan Life in December 2015.

Others argue that it’s not ethical to use animals in any way, but it’s better to take steps to ensure better treatment of horses than allowing them to be sent to slaughter. “I accept that many riders do love horses, and do treat them well. I also believe if someone rescues an abandoned or abused horse, it is good to give the animal a good, safe home. I’m not blinkered, and realise as long as we live in a world where people do use animals, there will always be a need to provide sanctuary,” argued Jemma Crosby, a vegan and former horse rider.