France has said that it will ban the controversial, commonplace practice of culling male chicks by live-shredding them. It will be one of the first countries in the world to implement such a restriction on its egg industry.

French Minister of Agriculture Didier Guillaume announced the ban in Paris. He told reporters: “From the end of 2021, nothing will be like it was before.”

Switzerland has already banned the practice of live-shredding male chicks, while in Germany shredding will continue until an “alternative“—one that is suitable for intensive farming practices—is found. Guillaume said he hopes farmers will soon be able to determine the sex of chicken embryos before they are hatched.

In addition to the culling ban, Guillaume says piglets will no longer be castrated without anesthetic. But castration, in general, will continue. French animal protection group L214 has said that the measures are “not ambitious” and still “do not address the basic problems.”

“There is nothing on slaughter conditions, nor on how to exit from intensive animal farming,” adds L214.

An IFOP opinion poll, commissioned by the animal welfare group Fondation 30 Million D’Amis, suggests that French consumers are critical of animal cruelty. Fifty-five percent want animal issues such as factory farming, hunting, and fur to be discussed in the Grand Débat.

Eighty-three percent of respondents said they were in favor of ending intensive farming.

According to British animal rights group Viva!, female mutilations, and cramped conditions are “all part of the egg industry.” The organization also suggests that much of free-range agriculture is now so intensive it is comparable to factory farming.

Sparing male chicks a gruesome death will not impact the lives of female chicks. On modern factory farms, chickens are fed high protein feed and live in cramped, constantly lit areas to maximize egg production. Many produce more than 300 eggs a year, compared to the 20 eggs a hen would naturally lay in the wild. 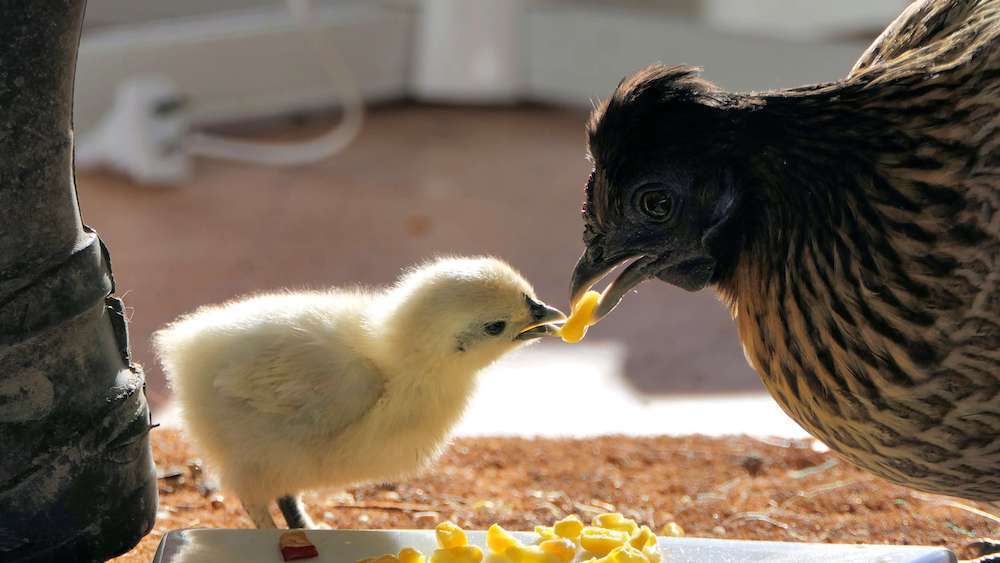