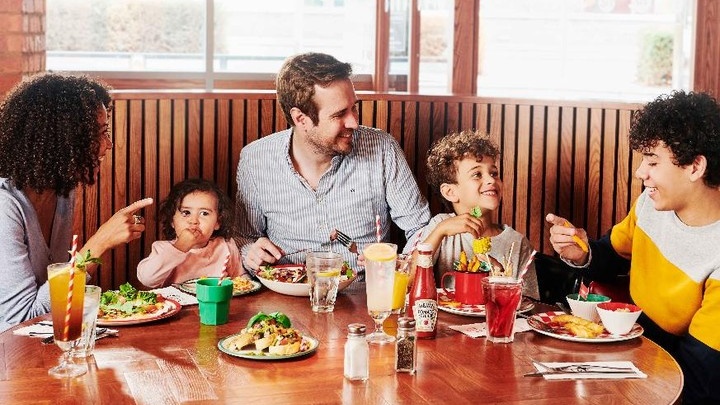 UK-based Italian-American restaurant chain Frankie & Benny’s has launched a new menu in order to cater to the demand for healthier food. According to the restaurant, the launch increases its vegan options by sixfold.

As reported by the journal Food Service Equipment, the new options will be available through Frankie & Benny’s new “Feel Good” range, a menu of healthier meals. According to the family-friendly restaurant, the new menu was created after a customer survey revealed parents believe that they didn’t have lighter meal options when eating out. The new menu also hopes to capture the growing consumer interest in a “flexitarian” diet where the individual consciously reduces their consumption of animal products.

Every item on the Feel Good range, which includes 30 healthy dishes, was developed with parents seeking healthier options in mind. All starters are below 400 calories while dinners are 650 calories and below. Some of the newest plant-based options include marinated olives and bruschetta appetizers, a vegan beet burger, and more. All vegan items on the new menu will be noted by “VG” while vegetarian options will be marked “V.”

“We pride ourselves in offering something for that fussy teenager who turns their nose up at almost everything, the kid who just wants to tuck into a burger, and parents seeking to watch their calorie count,” said brand manager Oliver Hopkins. “The Feel Good range expands our vegan, vegetarian and low-calorie options to cater to those preferences.”

The news follows an announcement made by Frankie & Benny’s last March, where it revealed that it would increase vegan options in order to keep up with competing restaurants. The popular chain, which has more than 250 locations across the UK, has also announced that it will team up with social media influencers in order to promote the new healthy options.

In recent years, social media has become a valuable tool for restaurants and food businesses to promote their product. Last July, foodservice industry insight platform Foodable Labs revealed that many influencers are actively seeking vegan delivery options from restaurants due to an increased interest in plant-based food among consumers.

Vegan social media content has proven to be highly engaging to restaurant and influencer audiences, leading to more restaurants than ever before to offer plant-based options. In the U.S., 51 percent of chefs have added vegan options, resulting in a 13 percent boost in revenue despite overall restaurant traffic being down.

In the UK, where veganism has surged by 700 percent over the past two years, and more than a quarter of Brits report conscious efforts to reduce meat consumption, restaurants are responding by updating their menus to cater to new preferences. Hungry Horse, The Alchemist, Sutton and Sons, and Travelodge’s Bar Café are among the many restaurants that have added vegan options over the past year.